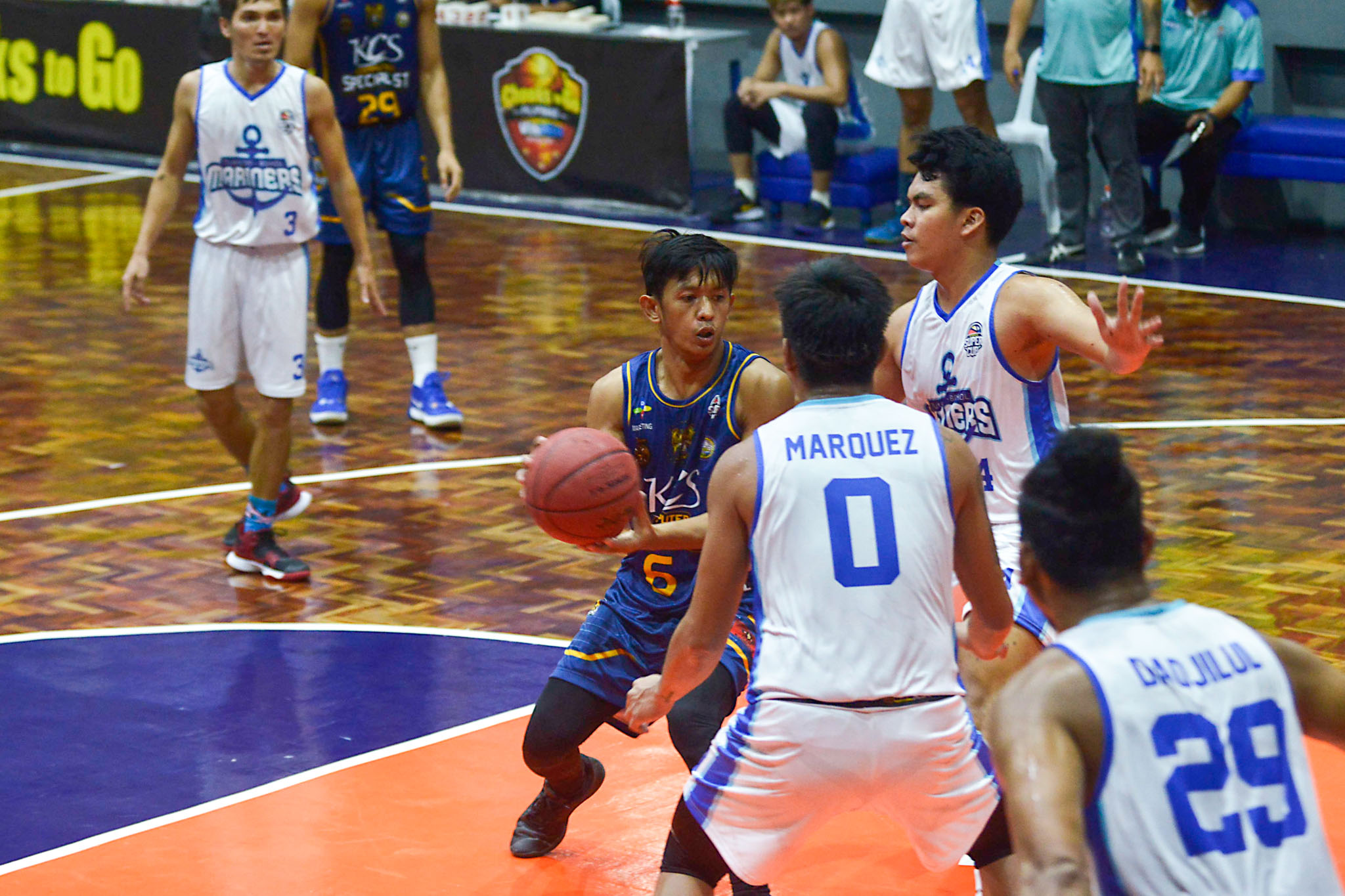 ALCANTARA — KCS Computer Specialist-Mandaue City found its groove in the fourth period to break away from Tubigon Bohol and register a 97-71 win in the 2021 Chooks-to-Go Pilipinas VisMin Super Cup on Wednesday night at Civic Center here in Cebu.

Wingman Shaquille Imperial connived with Steve Castro, Jonel Bonganciso, and Red Cachuela in a sizzling 27-11 run that turned the game into a blowout.

KCS improved to 2-1, while Bohol remains winless in three games.

Imperial, a former MVP of the CESAFI, had his best game as a pro, tallying 17 points, four rebounds, six assists, two steals and a block.

Still reeling from its 57-77 loss to MJAS Zenith on Tuesday night, KCS found themselves in a dogfight against the Mariners.

Up by just nine with six minutes to go, Bonganciso sparked KCS’ run with a putback, followed by a transition layup by Castro.

Imperial then got going, scoring on several drives to the rack. Castro and Cachuela drained three three-pointers late in the game to further bury the Mariners.

KCS head coach Mike Reyes gave his second and third-string players a lot of credit in helping to secure the victory.

“The second group and third group stepped up tonight,” said Reyes. “Wala si Ping (Exciminiano) and (Al Francis) Tamsi got injured. They started their work on defense and the offense came around.”

Joseph Marquez led Bohol with 20 points before suffering what appeared to be an ankle injury late in the game.

KCS-Mandaue looks to sustain its momentum when it faces Tabogon tomorrow at 2:00PM. Tubigon Bohol, on the other hand, looks to finally crack the win column when it squares off against Dumaguete at 8:00PM.