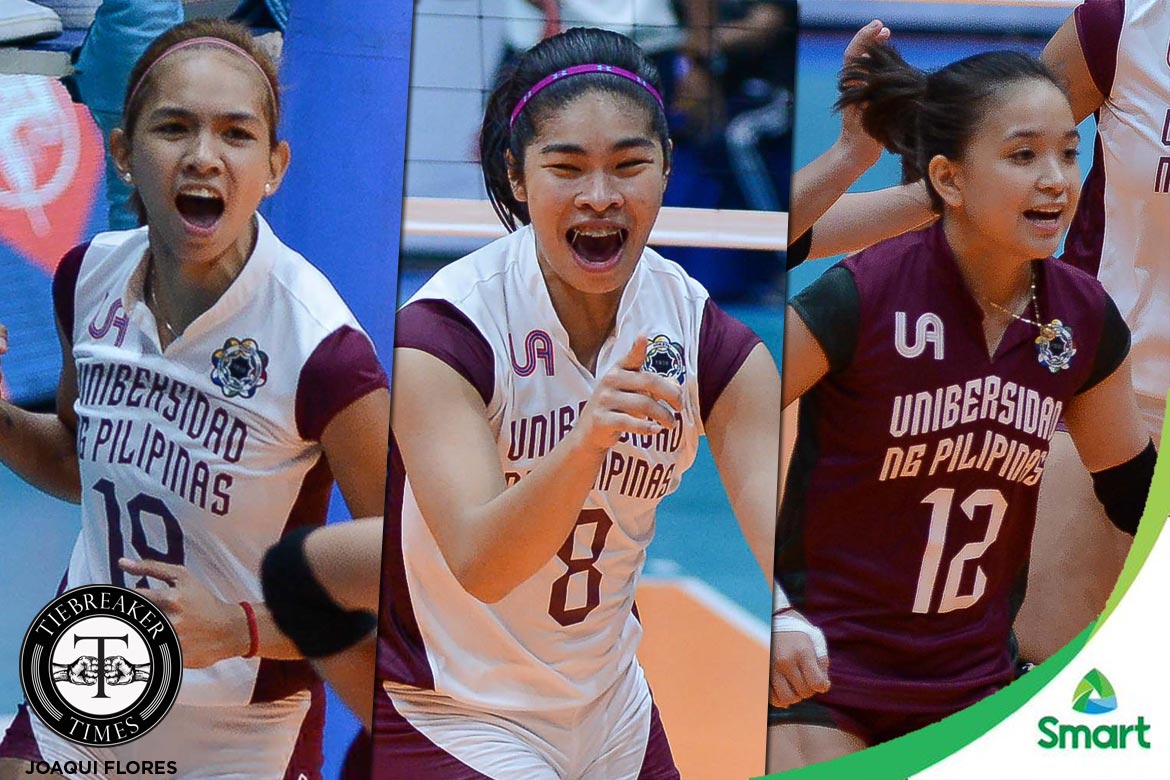 When Nicole Tiamzon, Kathy Bersola, and Pia Gaiser joined the University of the Philippines Lady Maroons volleyball program five years ago, there had been barely any expectations, excitement, nor support for the perennial bottom four squad.

Fast forward to 2017. After numerous coaching changes, and after several Lady Maroons declined to exhaust all their playing years, the trio are still with the team — only this time competing for a championship.

Ever since Jerry Yee came in and took on the program, the Lady Maroons have been ticking off one milestone after another. Wednesday evening, the Lady Maroons conquered another major hurdle, defeating the De La Salle University Lady Spikers for the first time since 2008.

Having experienced all the downs of being in a struggling program, the trio shared their thoughts about finally being on the up.

“It’s big for me kasi after five years, it’s the first time we won against La Salle. For the team naman, we take it one game at a time. We treat all teams the same in terms of preparation,” expressed Gaiser, who played her first game of the season after lower back complications.

But since this is only their third match of the season, the seniors are not letting the win get to their head.