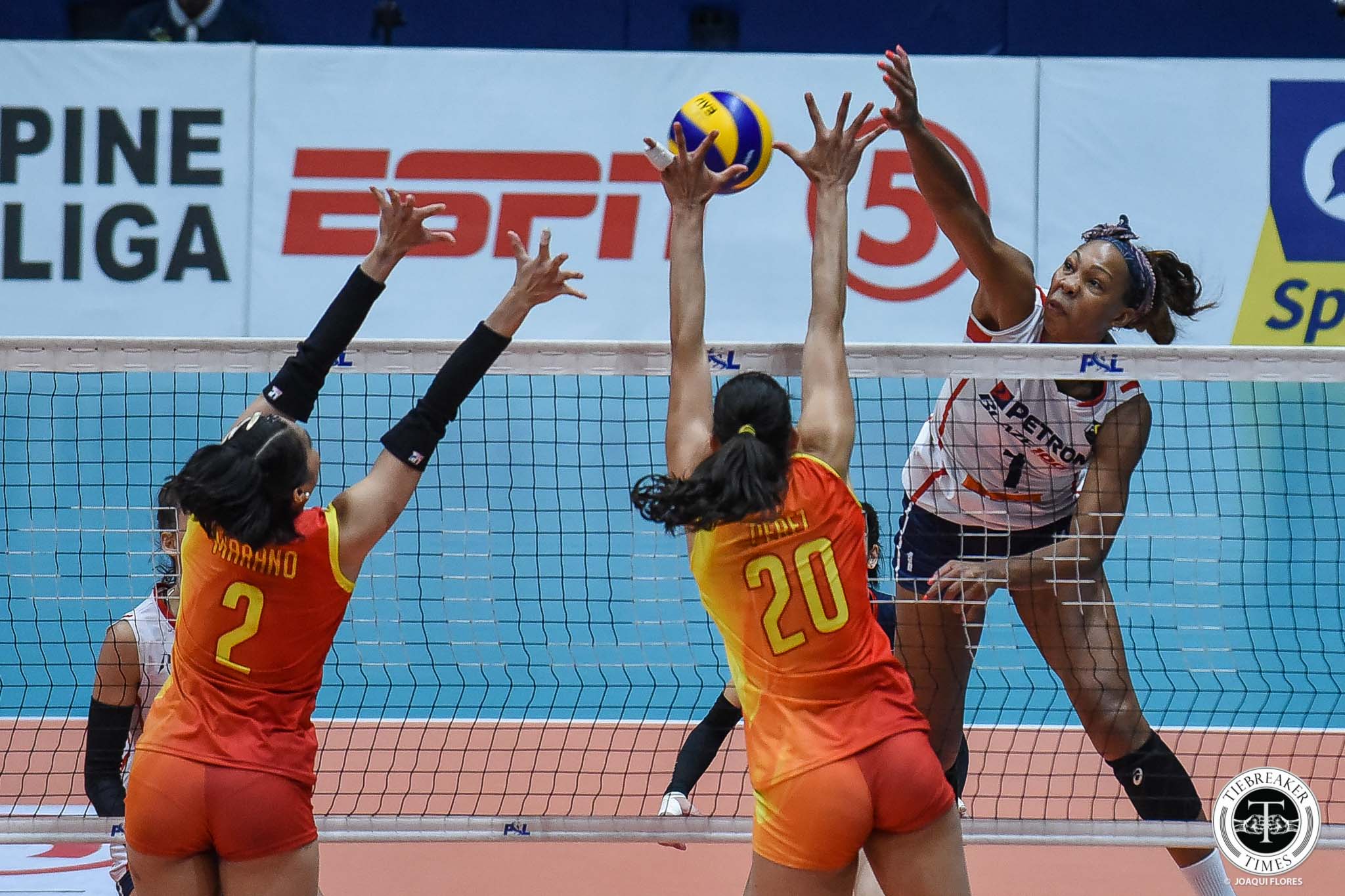 After losing their first match of the year last Tuesday, the Petron Blaze Spikers rebounded and stayed alive in the 2019 Philippine Superliga Grand Prix Finals, outlasting the F2 Logistics Cargo Movers in Game Two, 23-25, 25-23, 25-14, 25-19, at the FilOil Flying V Centre.

The Cargo Movers had Petron reeling early, grabbing a 19-15 cushion thanks to Petron errors and MJ Perez kills. The Blaze Spikers immediately caught up, forcing a 20-all tie after an Ara Galang error. Perez then knocked in the crucial points, powering in two hits that gave F2 Logistics a 23-21 lead. When Petron came within one, 24-23, Perez capped the set with an off-the-block kill.

Petron then took their turn being clutch in the second frame. Trading blows with F2 Logistics the entire set, an Aiza Pontillas serve error forced a 23-all draw. Kath Bell took charge, first converting an over-passed ball, before banging an attack off two blockers to give Petron the set.

The third set was all Petron, as the Blaze Spikers burst to a 22-14 advantage. Petron again managed a commanding lead in the fourth set, 14-7. F2 Logistics tried one last rally, coming within three, 17-14, but Petron got a boost from Sthepanie Niemer, who pushed them ahead 22-16.

Petron head coach Shaq Delos Santos admitted that his team had needed to talk their problems out in their practice, Wednesday evening in order to regain confidence.

#ReadMore  Women’s Mixed Martial Arts on the rise but work needs to be done, says Iniong

MJ Perez and Lindsay Stalzer mirrored their game-one point tallies with 24 and 21 apiece.

Game Three will be on Saturday at the FilOil Flying V Centre.