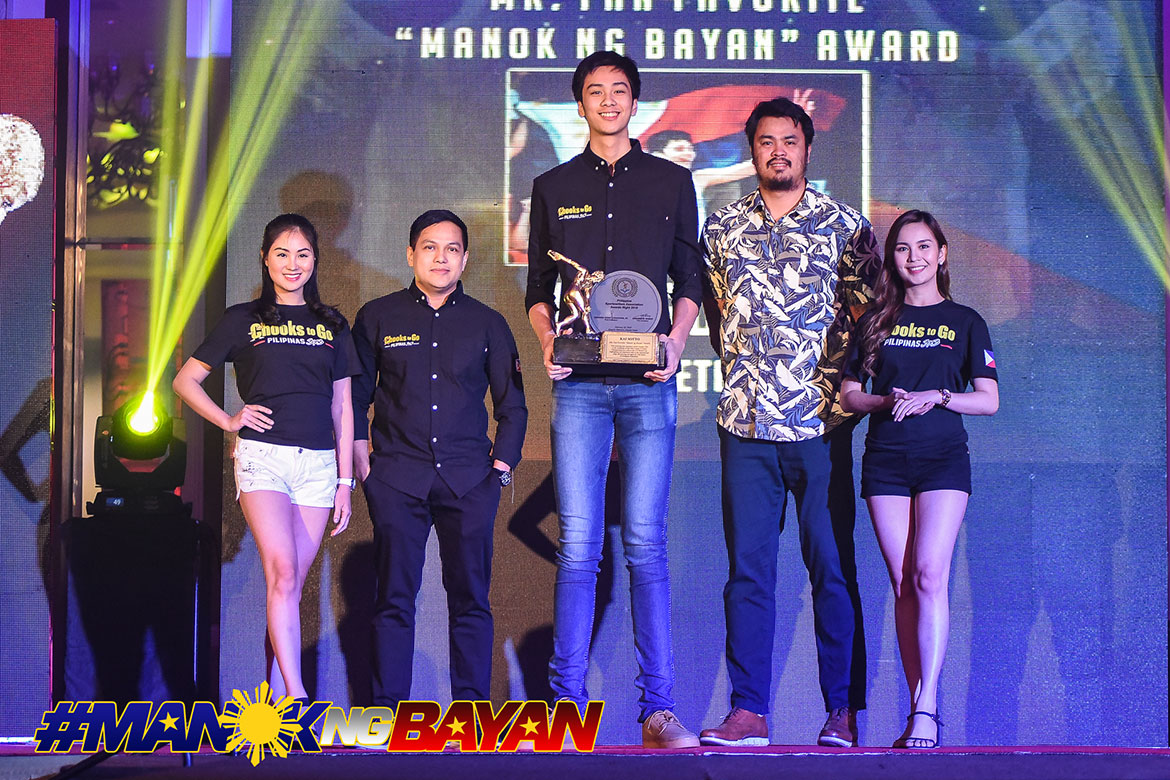 For having a spectacular year, Kai Sotto was adjudged the PSA Mr. Fan Favorite ‘Manok Ng Bayan’ of the Year.

Kai is the second ‘Manok ng Bayan’ awardee to be honored by the country’s oldest media organization after Terrence Romeo.

Sotto bannered the country’s campaign in the FIBA U16 Asian Championship in Foshan, China last year. He produced a monster game of 28 points, 21 rebounds, three assists, and three block shots in a memorable quarterfinals win over Japan, 72-70, that earned the Philippines a berth in the FIBA U17 World Cup in Argentina.

A few months after the U17 World Cup, the 7-foot-1 prodigy paired up with another budding Filipino prospect AJ Edu in the FIBA U18 Asia Championship in Nonthaburi, Thailand. Together, they helped the country qualify to this year’s FIBA U19 World Cup in Greece.

In the UAAP, the 16-year-old was crowned as the Juniors Basketball Most Valuable Player.

Aldin Ayo will forever be proud of Kib Montalbo