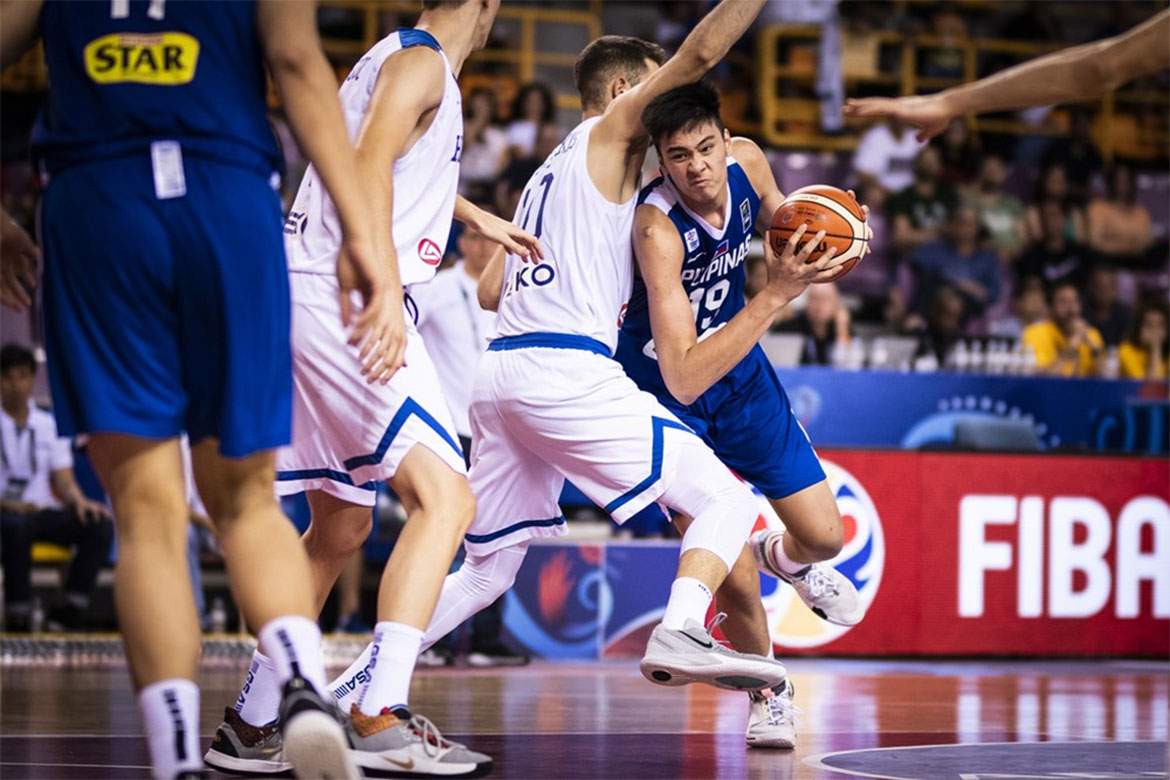 A disaster and a loss struck the Philippines in its return to the FIBA Under-19 World Cup, early Sunday morning (Manila time).

AJ Edu, who was pivotal in Gilas’ FIBA Under-18 Asia Cup campaign, went down just two minutes into the game after an apparent knee injury.

With this, and the Gilas frontline saddled with foul trouble the entire game, the Greeks pounced, knocking down 14 free throws in the final quarter alone.

Overall, Greece had 46 free throw attempts in the game.

Gerry Abadiano added 13 points and seven rebounds but committed six turnovers. He then fouled out late in the game. Dave Ildefonso chipped in 12 points.

The Philippines led by as much as 10 points in the game, 22-12. Unfortunately, Edu’s injury and Geo Chiu’s and Carl Tamayo’s foul-ridden first half shattered Sandy Arespacochaga’s rotation.

Gilas will next face world no. 9 Argentina on Monday at 1:30 am.