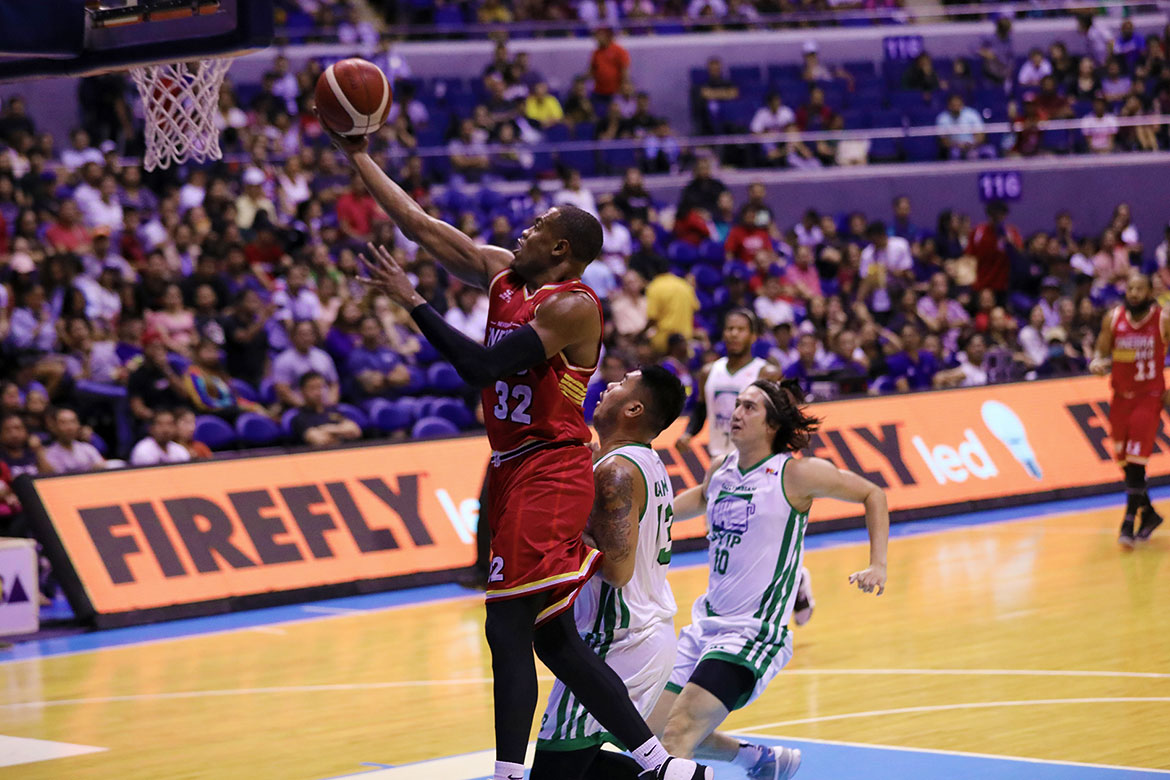 Justin Brownlee exploded for a new PBA career-high 50 points to power Barangay Ginebra San Miguel past the Columbian Dyip in overtime, 127-123, in the 2019 Commissioner’s Cup Sunday night at the SMART Araneta Coliseum.

Brownlee — who scored 49 points in their 110-107 win over the Magnolia Hotshots exactly seven nights ago — played for a whopping 51 minutes. He also collected 14 rebounds, five assists, four steals, and four blocks against only one error.

The tightly-fought match did not have any playoff bearings whatsoever as the defending champions will still finish as the fourth seed even if they lost to Columbian, who have now bowed out of playoff contention with a 3-8 card.

“That might be the best non-bearing game in PBA history. Best I’ve ever been a part of,” shared Ginebra head coach Tim Cone. “Neither team wanted to give in. We wanted to create some momentum going to the playoffs.”

Pringle sent the game into overtime by sinking a floater from the baseline with 1.2 ticks left in regulation.

Tenorio supplied 15 points, six assists, and two rebounds, as Scottie Thompson nearly had himself a triple-double outing as he finished with 12 markers, nine boards, and eight dimes against just three turnovers in 37 minutes.

“Whether we won this game or lost this game we were going to be fourth seed. It didn’t really matter in terms of bearing. But we really wanted to just try to continue our momentum,” furthered the decorated bench strategist.

Lester Prosper led Columbian with career-high 45 points, with 18 rebounds, two steals, a block, and a dime.

The 6-foot-10 reinforcement actually had a chance to tie the game after a good drive to the rim, but his tough lay-up went short. The phalanx of Gin Kings got his miss, and that paved the way for Tenorio’s freebies with 2.6 left to play.

Columbian hasn’t beaten Ginebra ever since they entered the league in 2014. They are now 0-14 against the Gin Kings.