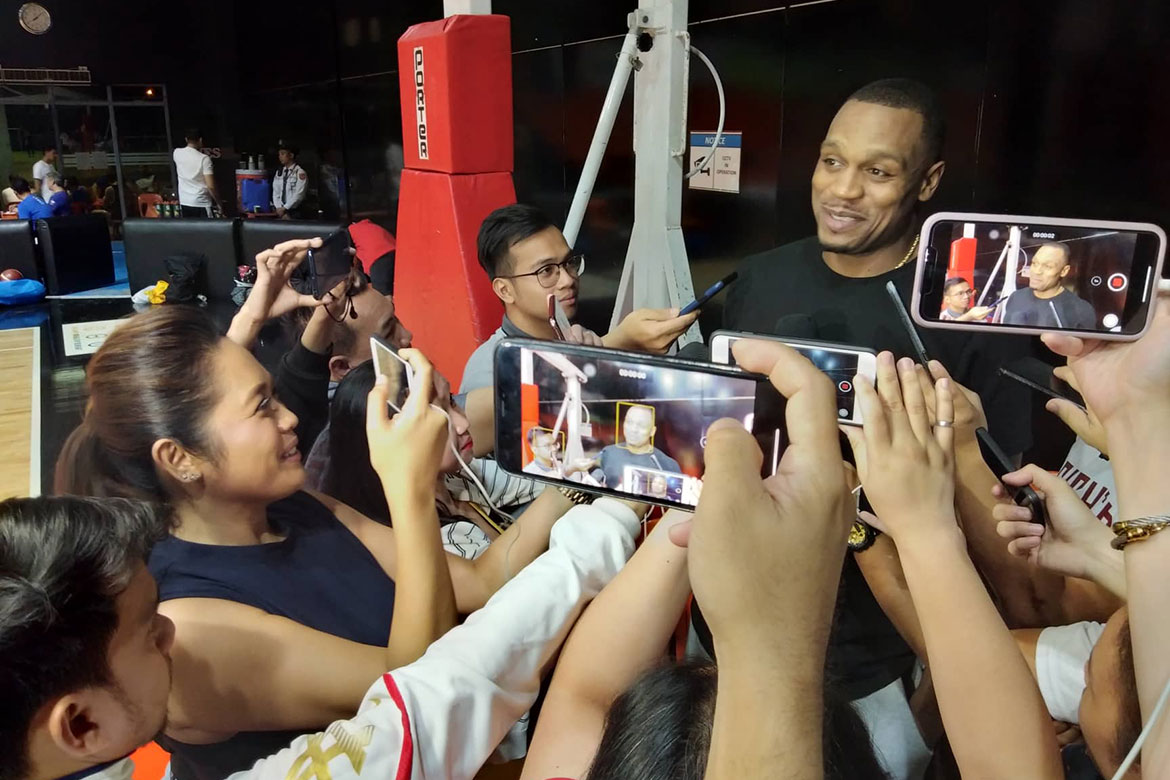 Justin Brownlee will be arriving soon.

Barangay Ginebra San Miguel head coach Tim Cone is looking forward to welcoming the former Best Import back, with the American cager scheduled to come in on November 25 after securing all the needed travel documents.

“We’re having trouble securing his visa but apparently now, we’ve pretty much solved it and he should be on the plane,” he told Radyo5’s Power and Play.

“He’s scheduled to come in on the 25th, but I think he’s gonna be leaving earlier.”

Brownlee will still have to undergo the mandatory quarantine protocols upon arrival, and Cone hopes that the recent easing of restrictions for travelers from overseas would allow the 33-year-old to rejoin the Gin Kings sooner.

Authorities have shortened the quarantine period for those coming in from yellow list countries including the United States, from five days to just three depending on their RT-PCR result. Brownlee is flying in from the U.S.

“I just heard that the quarantine has gone from five days to three days, so I’m hoping that applies to the imports as well,” said the decorated mentor. “So now, he can come in and only go [under quarantine for] three days.”

This will mark the celebrated import’s return to the PBA since the 2019 Governors’ Cup. He steered the league’s most popular club to its third season-ending conference championship in four seasons.

No import-laden tournament was held in the 2020 season due to the ongoing coronavirus (COVID-19) pandemic. Brownlee, though, remained active as he played for Al Sharjah Basketball Club in the United Arab Emirates.

#ReadMore  Ravena vows to give La Salle a big fight

Cone revealed in the program hosted by former PBA commissioner Noil Eala that the St. John’s University product contracted the virus during his stint there as the majority of the ball club got infected.

“He played in Dubai during the pandemic, and of course he got COVID,” he said.

“He said 11 of his 12 teammates on the team got COVID when he was in Dubai. They just weren’t strict back there and everybody was falling to the side.”

Such a predicament could definitely affect an athlete’s shape and rhythm. Still, Brownlee, according to the league’s only 23-time champion coach, made it a point to stay in form when he flew back home to the States.

“So he’s been home. He said he’s been playing in leagues around, you know, smaller leagues around the United States. Just trying to stay in shape and keep playing. He claims to be in good shape.”