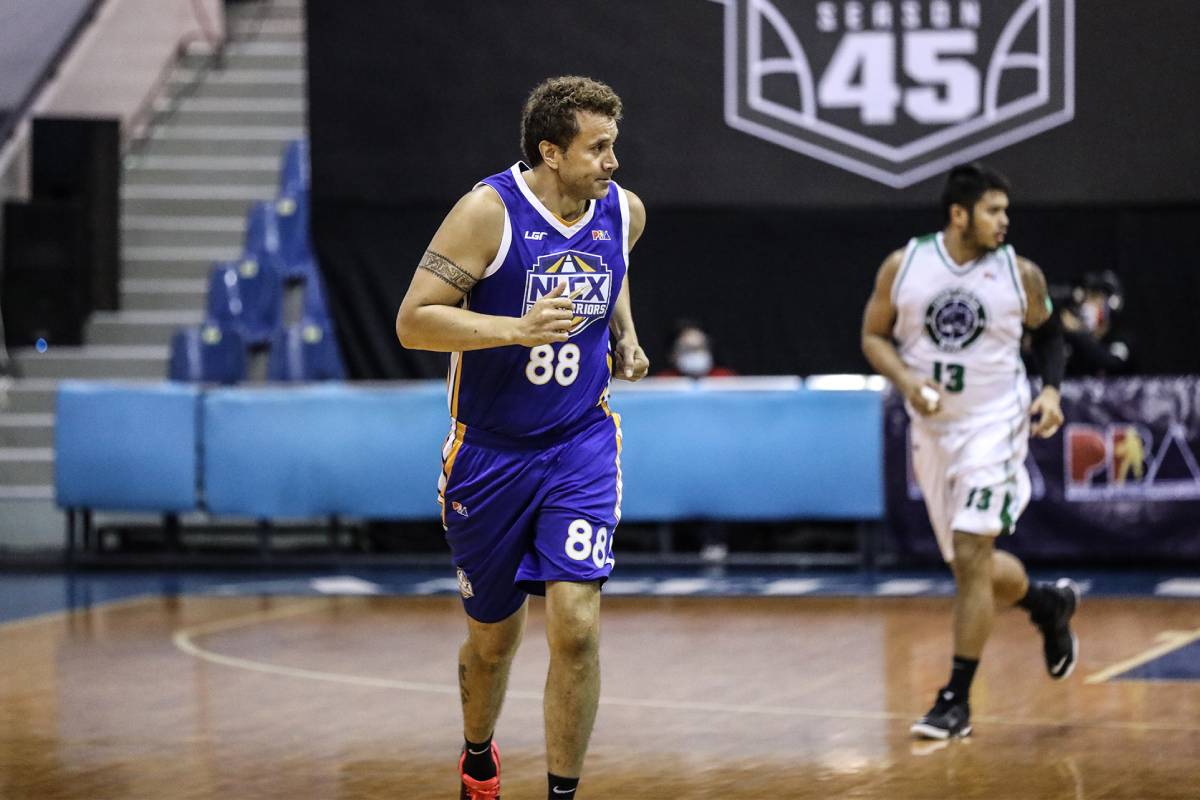 Asi Taulava found himself showered with cheers when he subbed in for NLEX in the final minutes of its PBA Governors’ Cup clash with Terrafirma, Saturday.

He came in for JR Quinahan with 2:14 to go. Not only was it his first game of the season, but it formally marked his 22nd year in the league as well.

Yes, one shy of tying the great Robert Jaworski.

And to the joy of his Road Warriors and the fans at SMART Araneta Coliseum, he quickly chalked up one stat as he secured Aldrech Ramos’ missed freebie.

The roar intensified just mere seconds later, when he converted a three-pointer from the top of the key off a Kevin Alas assist.

Taulava’s appearance served as one of the highlights of NLEX’s dominant 116-86 conquest of the Dyip, which stretched their unbeaten run to four.

“We’re happy for Asi,” said head coach Yeng Guiao. “I was just looking for the opportunity to bring him into the game, and this is one of the opportunities.”

The 48-year-old slotman earned his spot in the team after entering the reserve list for the Philippine Cup semi-bubble.

And according to the champion mentor, the former league MVP has actually been competing with the younger ones in practice.

His much slimmer physique earned plaudits as well from Guiao.

Moving forward, Guiao said that he will keep on looking for more opportunities to give Taulava some playing time as a treat to his fans.

“We’re also trying to give him the respect that he deserves,” he said.

“All the years that he’s been an iconic personality in the PBA, siguro it’s just a way to appreciate what he has done or the franchise, for the Filipino fans,” he continued.

“And hindi pa naman tapos e, we will still be looking for opportunities to play him so the fans can have a treat just watching Asi maybe in a few more games.”