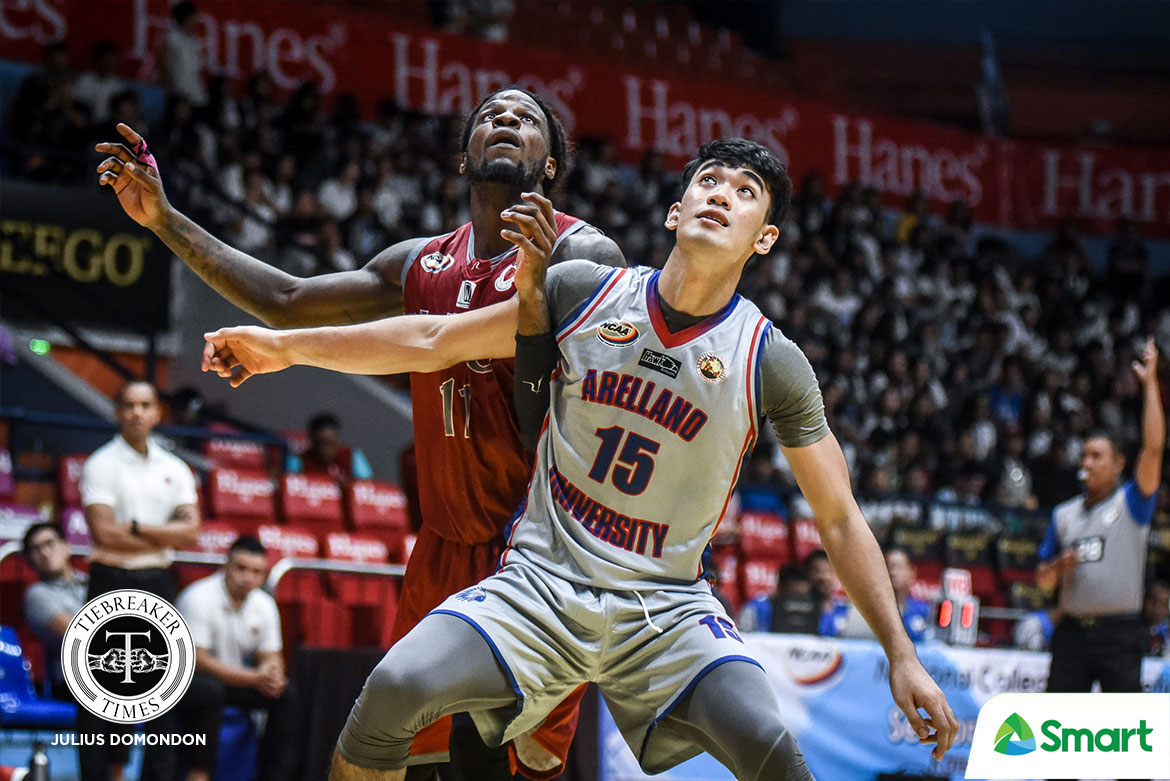 Behind Justin Arana, the Arellano University Chiefs scored their biggest win under Cholo Martin, stunning the Lyceum of the Philippines University Pirates, 87-81, Friday evening at the Filoil Flying V Centre.

Tied at 77-all, Arana scored on the inside, sparking a 6-0 surge that ended with another basket from him with 1:37 left.

The Chiefs snapped its three game skid in the NCAA Season 95 Seniors Basketball Tournament to go to 2-6.

Jaycee Marcelino and Jayson David tried to will Lyceum back, cutting the lead down to five with 47.6 ticks remaining. However, a breakaway basket by Kent Salado and a split on the stripe by Jaycee Marcelino led to their first elimination round losing streak in three years.

Arana powered Arellano with 24 points on 9-of-14 shooting, with 11 rebounds and three blocks.

Lyceum – who did not have Raymar Caduyac for the game – led by as much as 11 points in the contest. The Chiefs were able to knot things up during the third canto that paved the way for the upset.

Mike Nzeusseu had 17 points for Lyceum but was held scoreless in the final frame. The Cameroonian student-athlete was also limited to just three boards.

Lyceum fell to third with a 6-3 slate.