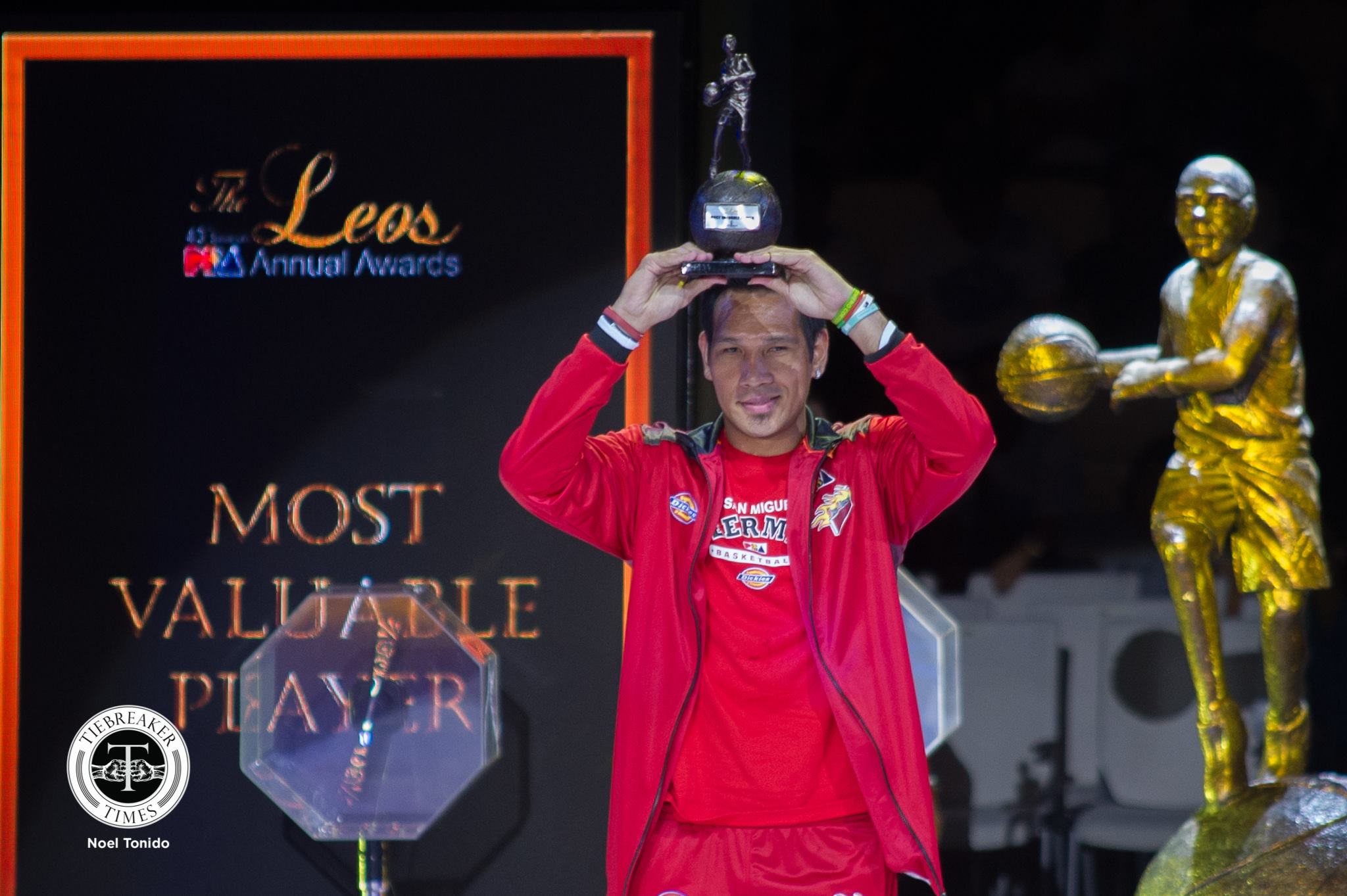 June Mar Fajardo has set a record that will be tough to break in the years to come.

The San Miguel Beermen main man was crowned the Philippine Basketball Association’s Most Valuable Player for the fifth straight season at the 43rd Leo Awards, Sunday at the cavernous Philippine Arena in Bocaue, Bulacan.

Fajardo, 29, now has the most number of MVP plums in league history, surpassing the four trophies each collected by Purefoods franchise legend Alvin Patrimonio and another San Miguel great in “El Presidente” Ramon Fernandez.

The 6-foot-10 slotman from Cebu defeated NorthPort Batang Pier star Stanley Pringle for the honors, who made a strong case for the highest individual plum after posting a league-best average of 21.0 points per game last season.

Pringle is set to be the league’s new scoring champion, ending the three-year reign of former teammate and current Beerman Terrence Romeo.

Norwood is also the recipient of the Samboy Lim Sportsmanship Award.

Last season’s top two picks Christian Standhardinger and Kiefer Ravena were both disqualified from the race.