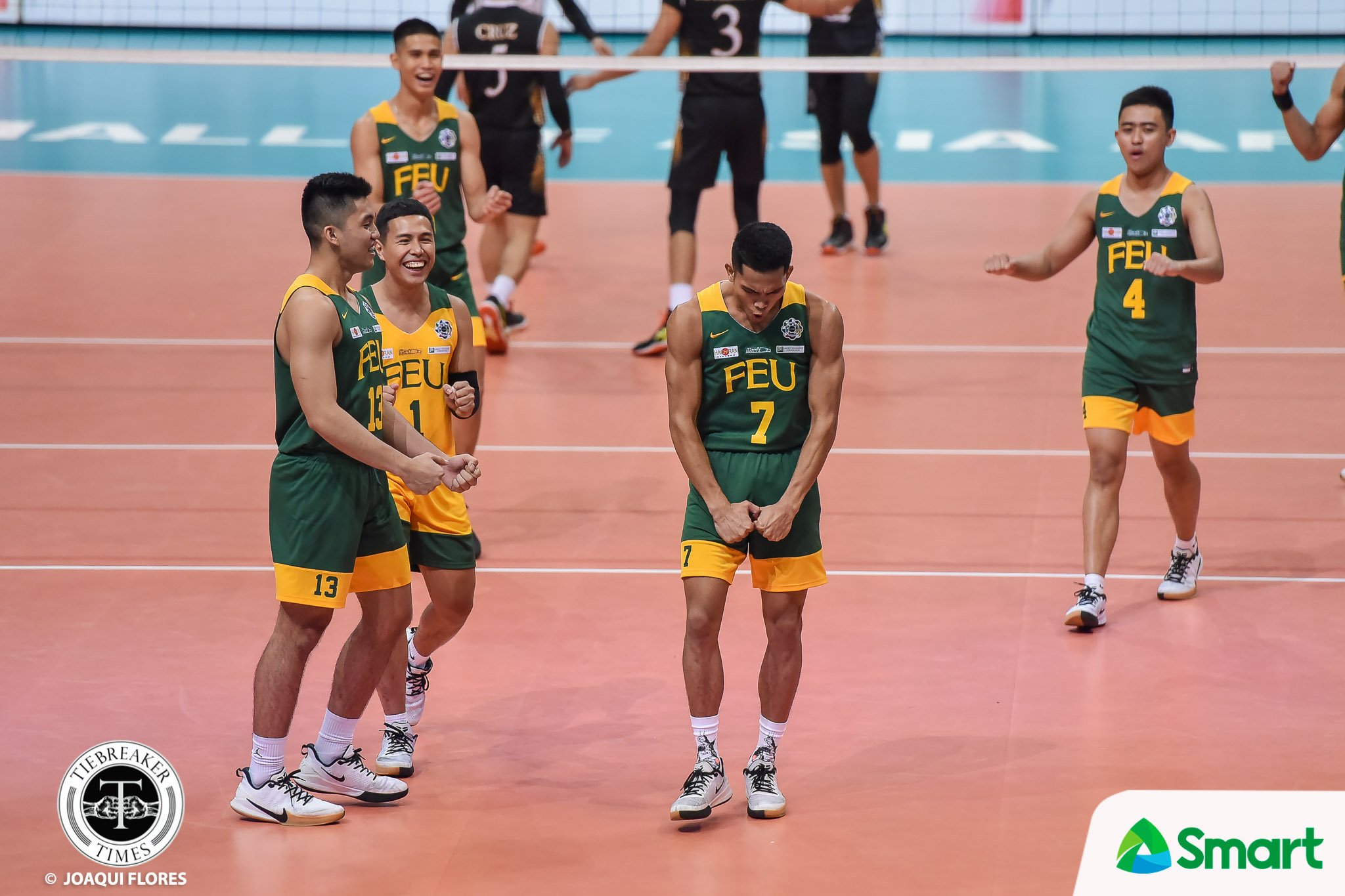 Behind Jude Garcia’s efforts, the Tamaraws endured a fierce surge from the feisty Tiger Spikers. They rallied from a one-set deficit, before emerging unscathed for their second win.

Garcia poured 27 points, scattering 21 attacks, three blocks, and three aces. Moreover, he was at the forefront of FEU’s scoring barrage in the fourth and fifth sets.

The Tamaraws uncorked five unanswered points to open the final frame, but the Tiger Spikers countered with their own spurt to slice the deficit down to two, 7-9.

After exchanging blows, Garcia and Peter Quiel made two clutch hits, lifting FEU to match point, 14-11. Jau Umandal and Vaughn Valenzuela then resuscitated UST’s comeback hopes with a pair of crucial plays of their own.

But Garcia quickly took the life out of the Tigers.

FEU head coach Rey Diaz lauded UST for bringing the fight and pushing his wards to the limit.

The troika of JJ Javelona, JP Bugaoan, and Mark Calado provided ample support in the escape act. Javelona and Bugaoan tallied 13 markers apiece, while Calado had a double-double of 12 points and 10 digs.

Nonetheless, Diaz hopes that the Tamaraws will learn their lesson and avoid engaging in uphill battles.

On the other hand, UST remained winless in two matches.