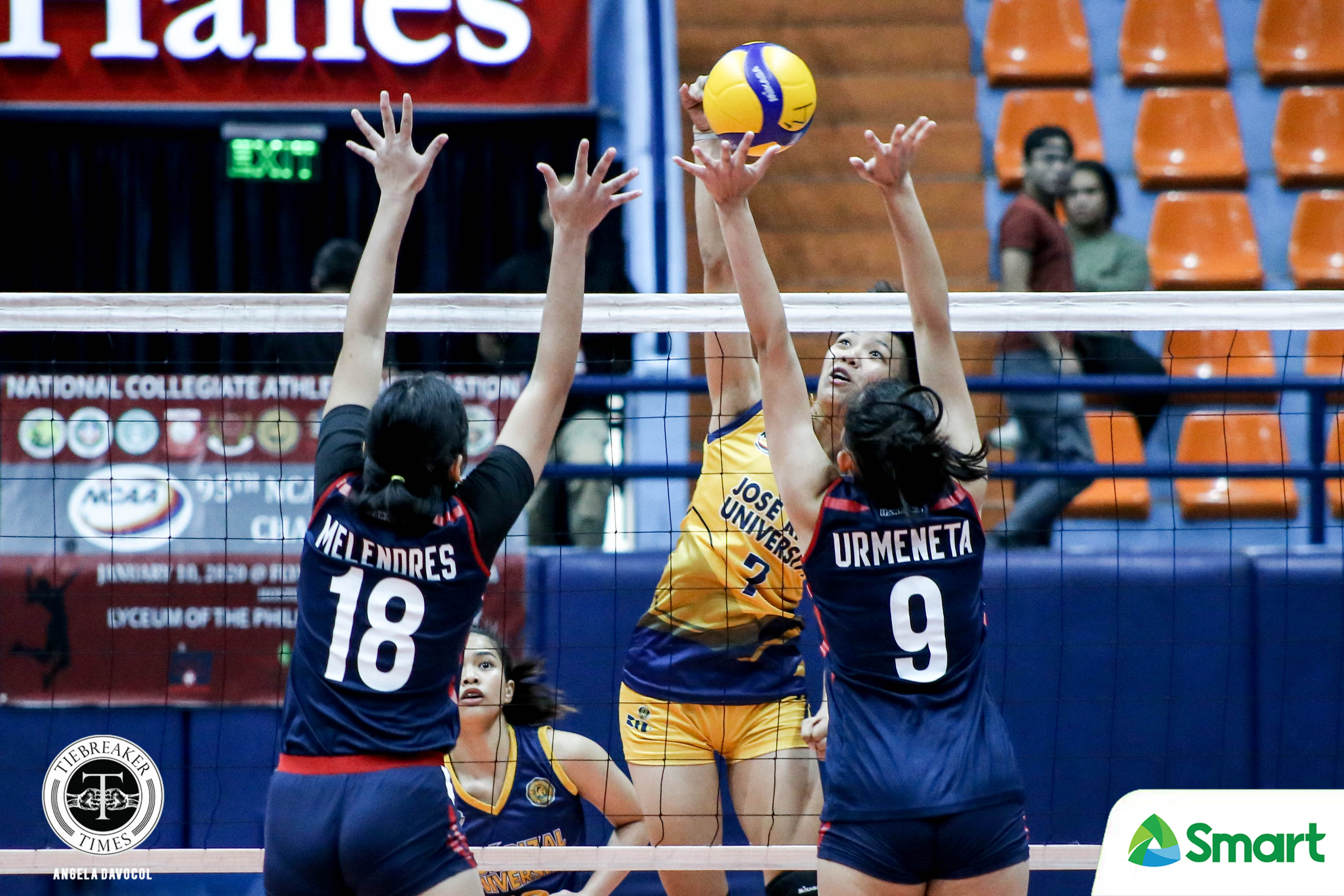 Behind Versoza’s 16-point, 19-dig performance, the Lady Bombers concluded their campaign with a 4-5 card. They rolled out the red carpet for seniors Kass Ebuenga and Angelie Bodiongan on a high while pushing the Lady Knights to the brink of elimination.

True enough, the rest of the Lady Bombers brought their best feet forward.

“Sa akin, sayang ‘yung season, it could’ve been better. But it’s also good that we ended with a win. At least positive ‘yung start namin in preparation for next season,” JRU head coach Mia Tioseco said.

Chamberlaine Cunada was the lone bright spot for Letran as her game-high 20-point outing went for naught.

On the other hand, the Lady Knights now have their backs against the wall with a 3-4 card. They would bid their semis hopes farewell in case San Beda defeats Mapua on Tuesday. Nonetheless, they need to bounce back when they return to action on Thursday against the Perpetual Lady Altas at the same venue.