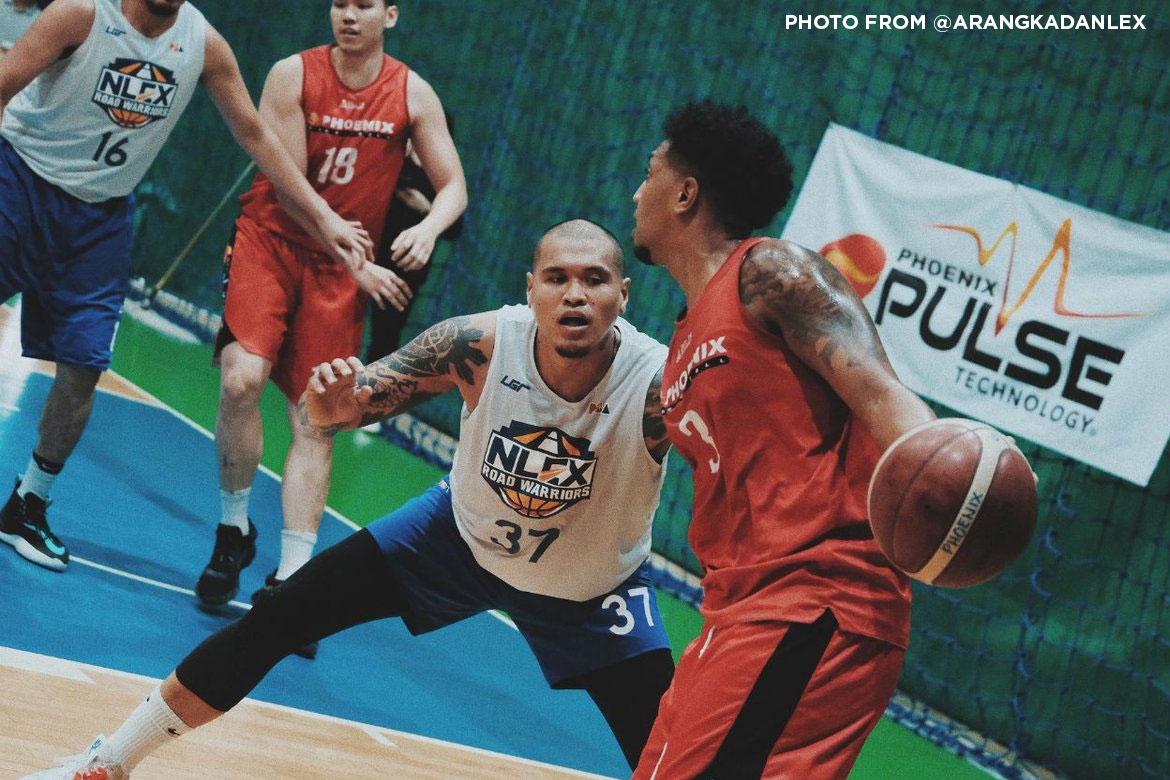 JR Quiñahan struck the dagger as NLEX escaped a gutsy Phoenix Pulse side, 104-97, to sweep the Phoenix Super Basketball Tourney, Friday at the Upper Deck Sports Center in Pasig City.

The veteran forward sank a jumper from the post with 15.8 seconds left to douse the Fuel Masters after whittling down a 21-point deficit to just three, 97-100, with 43.9 seconds on the clock.

Will McAloney then stole the ball on the other end with five ticks left and went for an uncontested lay-up to settle the final count.

The Road Warriors have completed a three-game sweep of the tilt.

“I like the way we played with intensity, especially the first three quarters. We got a good lead but we relaxed in the latter part of the fourth quarter, so to me, that’s a bad sign,” coach Yeng Guiao said.

“But we played really well for three and a half quarters, so konti na lang,” the decorated bench tactician added. “That is something, I think, we can fix in the next few weeks.”

Philip Paniamogan supplied 13 points, while Raul Soyud continued his fine play with 12 points and six rebounds. Kevin Alas and Bong Galanza chimed in 10 markers each for the Road Warriors.

NLEX was without Kiefer Ravena and Poy Erram due to Gilas Pilipinas duties. Gilas is set to fly to Jakarta tonight for their FIBA Asia Cup 2021 Qualifiers’ clash with Indonesia on Sunday.

Erram is also waiting for the PBA’s decision on the proposed three-team trade that will land him to TNT KaTropa.

The Road Warriors do not have two-way guard Jericho Cruz for the whole tournament, since he is currently in Guam to play for its national team, also in the Asia Cup Qualifiers.

“The core of the team was not able to play, but the rest of the guys stepped up and played a good tournament overall, winning three games against really good teams,” said Guiao.

Forward Jason Perkins finished with 23 points, six rebounds, and four assists to lead the Fuel Masters, who finished the four-team competition with one win and two losses.