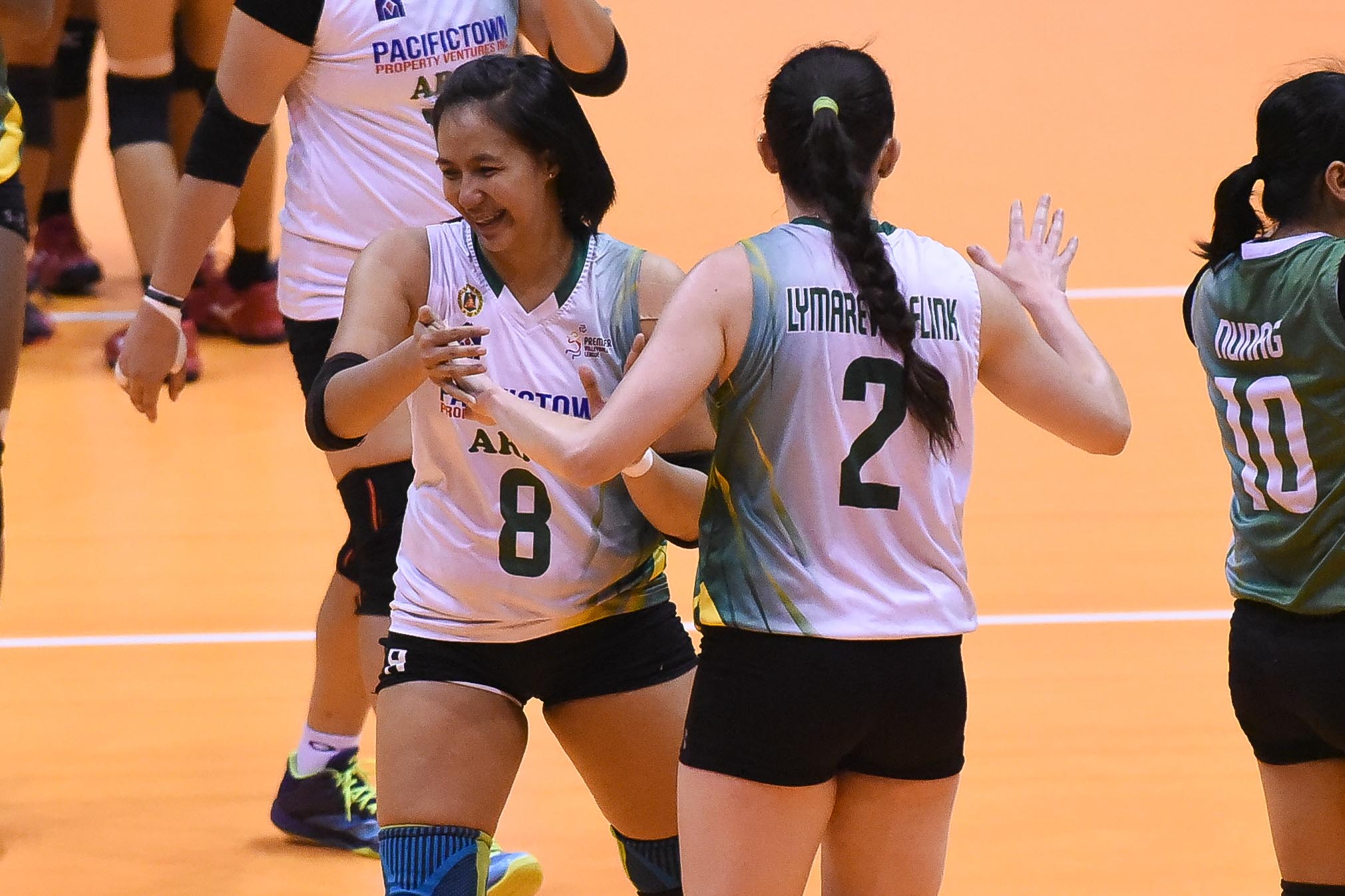 Though her body is still far from her desired form a couple of months after returning from an ACL injury, Jovelyn Gonzaga has proven that her unrelenting heart and unbreakable spirit remains to be the same on Sunday.

Riddled with fatigue amidst her back-and-forth duties for PacificTown-Army in the PVL and Cignal in the PSL, Gonzaga still marched with the rest of the Lady Troopers into Game Three of the battle for third versus the BanKo Perlas Spikers.

After all, she only had one thing in mind — to repay everything Army has given to her.

Though her opportunities on offense were limited as the reinforcements took the bulk of the scoring, instead of taking a step back, the battle-tested opposite hitter found other ways to contribute and put her team at prime position to win.

The two-time V-League MVP provided leadership and patrolled the floor and at the net for Army. While she hardly cracked into twin-digit in the first four sets, she was always there for her defensive prowess and her ability to motivate others.

But with her team’s back against the wall in the decider, Gonzaga steeled her resolve, displayed her unyielding spirit and took matters into her own hands

Down by two at 10-12 in the decider, Gonzaga was the catalyst of PacificTown-Army’s comeback, as she dealt damage from all over the place.

Delivering in the clutch as if she never had a two-year hiatus, she couldn’t help but let emotions overwhelm her the moment her bronze-clinching ace lifted Army to third place.

“Sobrang sarap sa feeling,” gushed Gonzaga, who talked with her heart on her sleeves in the post-game interview.

At the conclusion of PacificTown-Army’s campaign in the import-flavored tourney, Gonzaga has proven that her unrelenting heart and unbreakable spirit never faded.

However, she pointed out that there is one more thing that has never changed throughout the years. As she put it, “Thankful ako kasi until now nakakatuwa andoon pa rin fans ko and they keep on defending me.