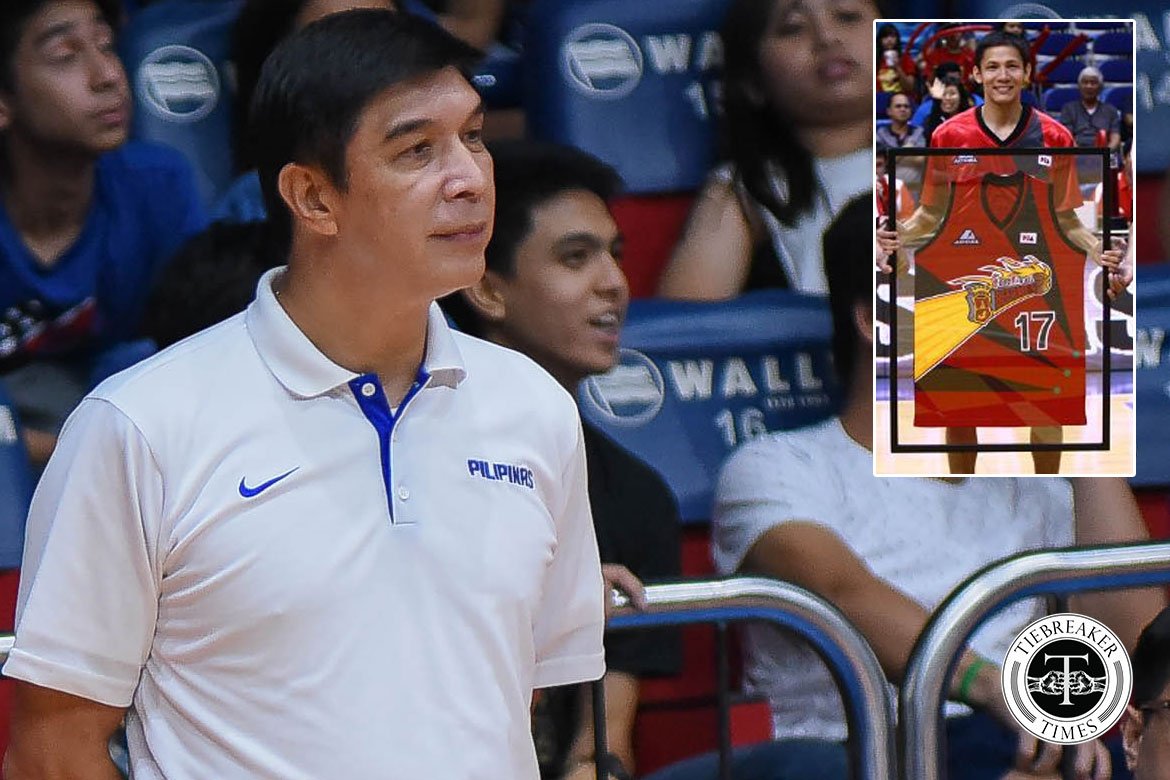 Pundits say that the turnaround of Olsen Racela’s PBA career happened when he went to San Miguel in 1997.

Well, it was with the Beermen where the 5-foot-11 point guard became one of the greatest playmakers to ever play in the league when he served as an orchestrator of the storied franchise’s dominant run from 1999-2001.

His career definitely took a turn for the better when he came to the Beermen. So, how did it all begin?

It was in 1997 when Ron Jacobs took over SMB’s head coaching reins from Norman Black. And according to coach Jong Uichico, then Jacobs’ lead assistant, what the staff looked for first and foremost was a point guard.

That is because the great American mentor’s idea when building a team is to get a pacesetter first, Uichico said.

“Coach Ron’s thinking is the first player that he will get is a point guard. And the point guard will dictate what kind of tempo he will run,” he explained as he talked about the late Jacobs in the Hoop Coaches International Webinar.

“I mentioned in my talk earlier, what is the first player Coach Ron would get? The point guard. So when he was named as head coach of the San Miguel Beermen, the first person that we looked for — even myself — as a point guard.”

So, they searched. But the problem was that the players they wanted were not available. Still, they didn’t stop, and the hunt ended when they discovered Racela, who was then with Purefoods playing backup to Dindo Pumaren.

“And it was Olsen Racela,” Uichico shared. “Because he played hard, he was smart, and he played behind Dindo.”

So San Miguel traded for Racela, sending two second-round picks to Purefoods to acquire his services.

“So for Olsen to be able to maximize his game, he had to move kumbaga. And we were able to get Olsen,” Uichico said.

Racela did just that. He turned heads with his fine play in his first season with the Beermen, and he continued to improve that he became part of the Centennial Team in 1998, which bagged the bronze medal in the Asian Games.

And in 1999, as San Miguel’s top floor general, the next PBA dynasty was born under the tutelage of Uichico.

Racela’s career is surely Hall of Fame-worthy. The Ateneo de Manila product won nine titles over the course of his 18-year pro journey, which also saw him become an All-Star six times and twice a member of the Mythical First Team.

And up to now, Racela, now the head coach of the FEU Tamaraws, remains a model point guard for today’s players.

One can say that all of this would not have been possible hadn’t Racela caught the eyes of Jacobs. But for Uichico, it was none other than Racela himself who did all the work to become the revered figure that he is today.

“Who knows naman that he will be the Olsen Racela now if he did not work hard if he did not do his job,” said the nine-time PBA champion mentor.

“We only got him, but it is up to the player to make himself better.”