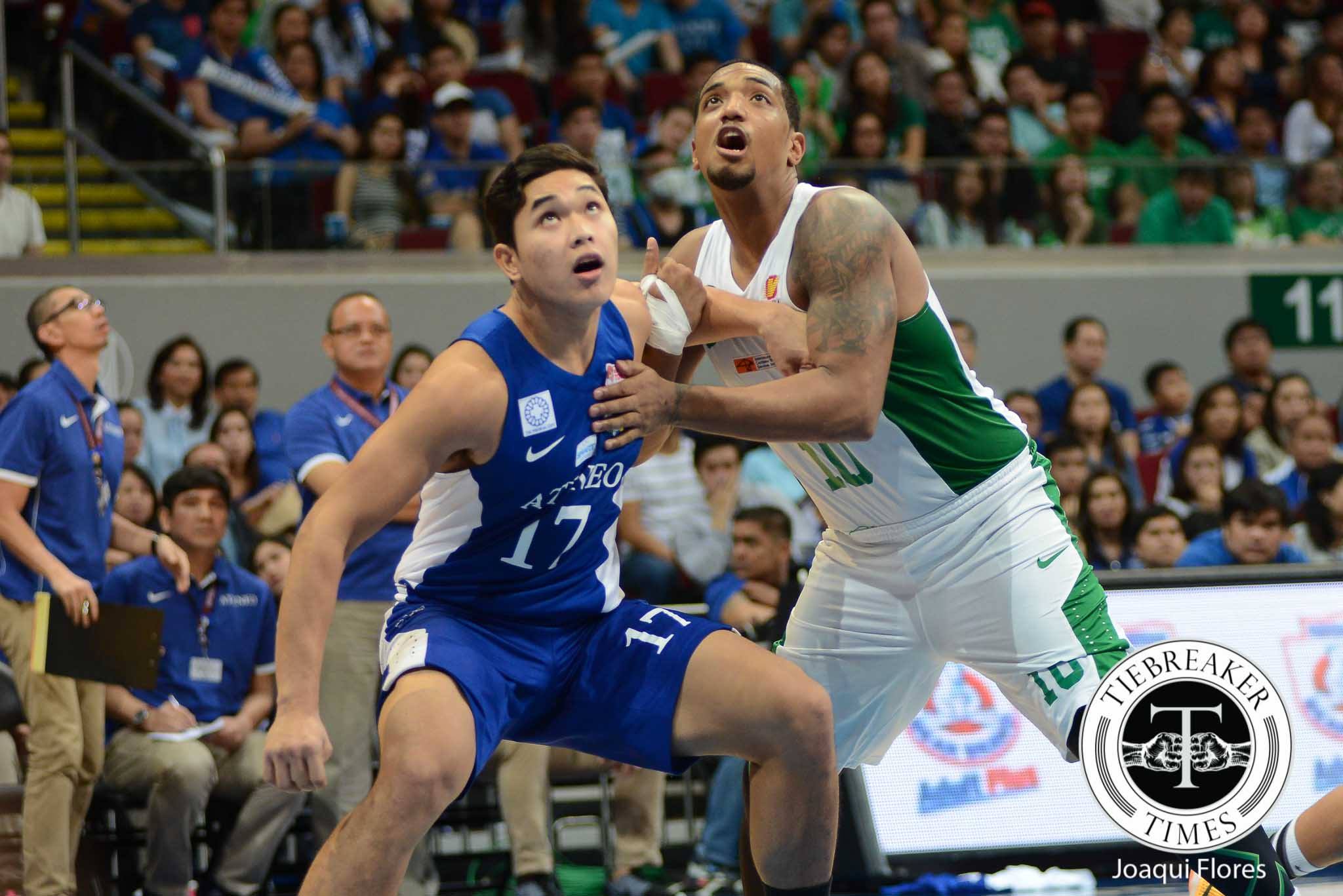 Just like former Ateneo Blue Eagle CJ Perez, John Apacible is looking to find his redemption in Lyceum of the Philippines University.

The 6-foot-4 forward spent two years in Ateneo, playing a total of 17 games during that time. He averaged 2.2 points and 1.3 rebounds, shooting at a 100 percent clip back in Season 78.

However, his sophomore season with the Blue Eagles was cut short after being suspended by the team for the rest of the second round. The product of Hope Christian High School last UAAP game was back in October of 2015.

Apacible, together with six other Blue Eagles, was kicked out of the school due to not meeting the school’s academic quota during the summer of 2016.

Apacible is currently playing with the Team B squad of Lyceum in the 2018 EDQ Cup held in Technological Institute of the Philippines.

He will only be eligible to play during the 95th season of the NCAA. He still has two playing years left.

Robinson and his staff vowed that they will help the young student-athlete find his track. But even with the guidance the youthful mentor and his stellar staff will give him,  everything will be all up to Apacible himself.

Kiefer Ravena takes over, lifts NLEX to 1-0 edge over Alaska