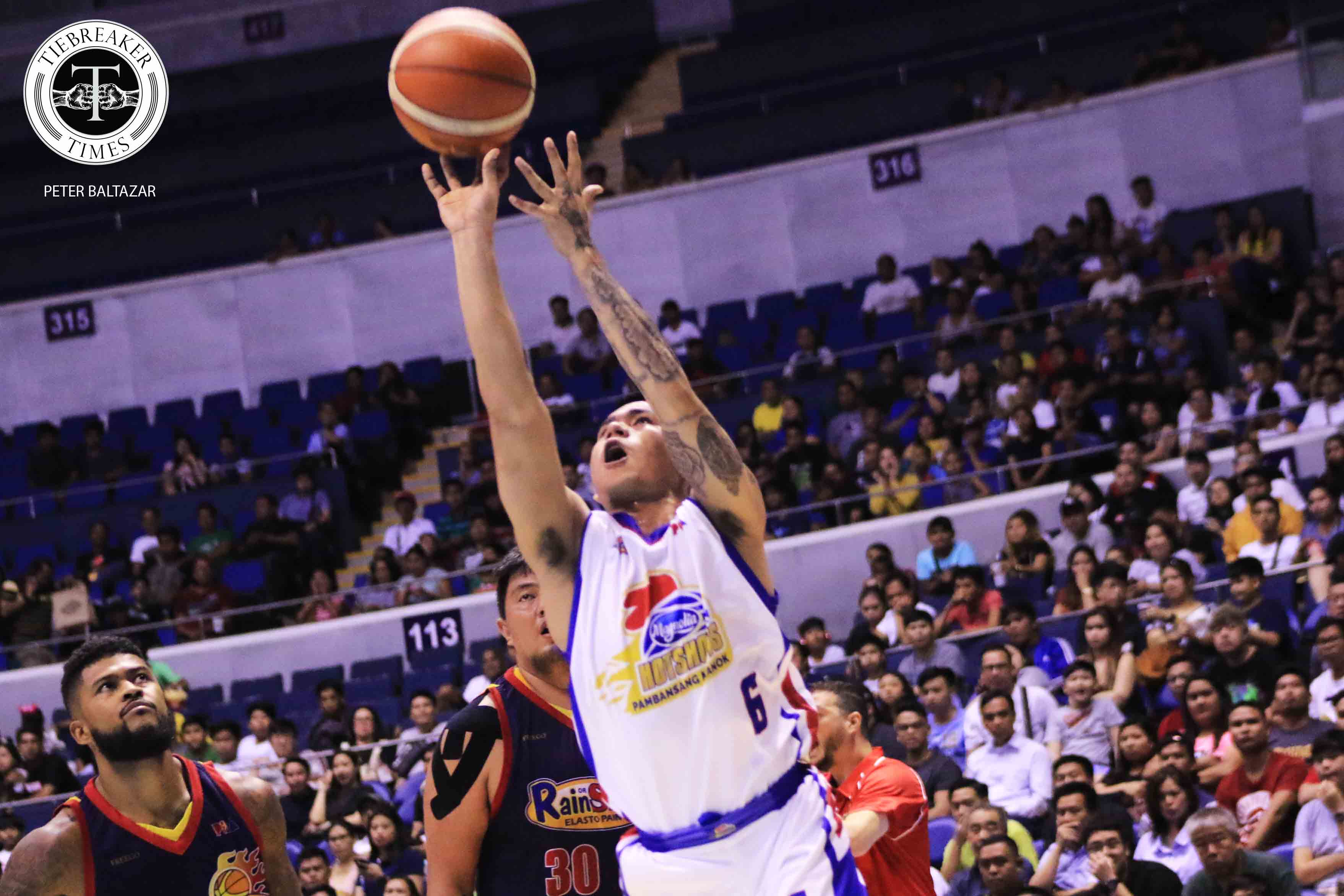 It was a tough blow for the Magnolia Hotshots when Mark Barroca fouled out with 6:45 remaining in Game Four of their 2019 PBA Philippine Cup semifinal face-off with Rain or Shine Elasto Painters, Monday night.

Barroca’s night ended prematurely when he got called for an offensive foul versus Maverick Ahanmisi. The eight-year veteran exited the match with 11 points on 10 attempts, along with three rebounds, three assists, and a steal.

It was an untimely exit for two-time Finals MVP. The Elasto Painters had come back into the game from a disadvantage as high as 21 points, early in the second quarter – the result of the Hotshots’ overwhelming 24-8 scoring blitz.

Luckily for the Hotshots, Jio Jalalon stepped up in place of his senior.

Despite the loss of one of Magnolia’s more composed players, Jalalon showed he can be equally calm, coolly sinking both of his freebies with 3.1 ticks left. His shots stretched their lead after RoS knocked within one with four seconds left.

But beyond his display of composure in the end-game, Jalalon is more satisfied that the Hotshots have won their second straight game and have tied the series at two games apiece.

And now, the third-year guard has his sights set on Wednesday’s Game Five.

James Yap has no regrets with missed potential game-tying trey