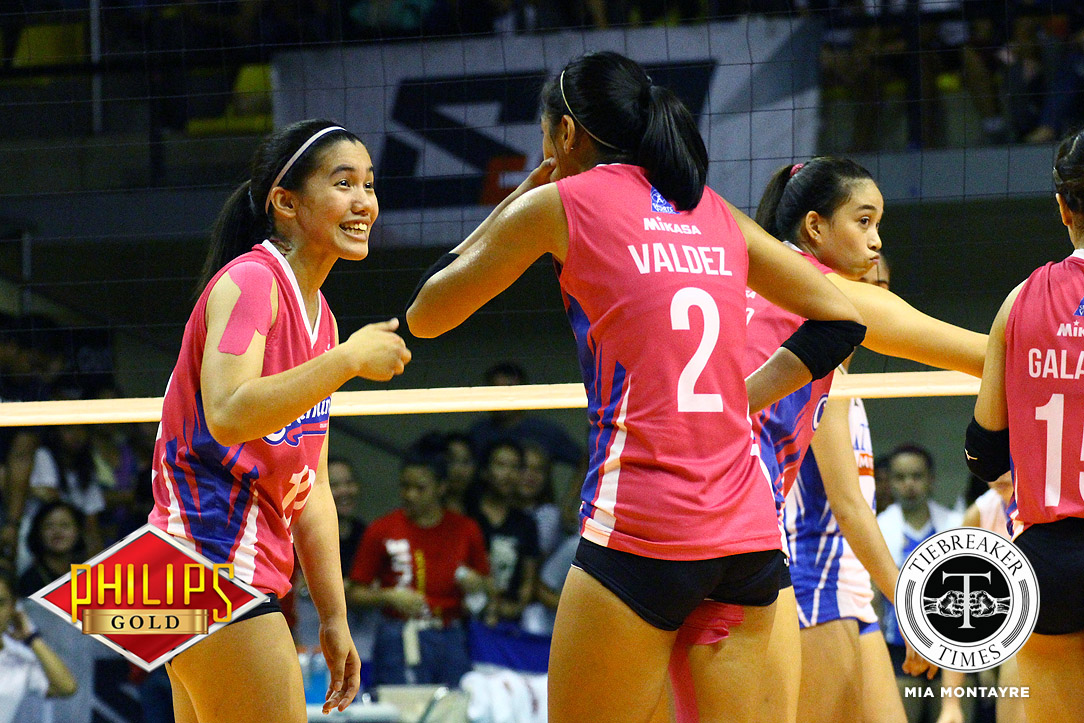 Among the many reasons for the Ateneo de Manila University Lady Eagles’ revitalization in the last decade, their recruitment of prolific setters has kept them contending for UAAP Women’s Volleyball titles.

Last Sunday, the last two main Ateneo setters met on opposite sides for the second time in a week.

The Ateneo-Motolite Lady Eagles avenged their first round loss to the Creamline Cool Smashers in dramatic fashion. In the midst of all the hoopla, UAAP Season 80 Best Setter Deanna Wong clashed with her mentor,  UAAP Season 77 Best Setter and Cool Smasher Jia Morado.

Despite being on other sides of the court, the two playmakers maintain a line of communication. And seeing Wong’s improvement since she left Ateneo after UAAP Season 79 has made Morado proud.

Wong spent her rookie year in Season 78 on the bench, as Morado and Alyssa Valdez brought Ateneo to the Finals. For much of Season 79, Wong was converted into a libero to fill Ateneo’s needs in the position.

While many people didn’t see Wong’s potential, Morado has always believed in the Cebuana.

“Whenever I would have talks with Deanna, even when I was still playing in Ateneo, I keep reiterating the importance of a setter being assertive and dominant inside the court,” Morado told Tiebreaker Times.

READ  George Pascua expects FEU to get stronger after another heartbreak

“I’m so happy to see her playing with more confidence and maturity. I also believe that setters who are used to taking more risks are less predictable, and she’s taking it to heart. I’m sure she’ll improve even more with the time they have before UAAP,” the now-two year pro added.

“I, along with so many others, have always believed that Deanna has the potential to be great. But at the end of the day, all she really needed was to believe in herself, too.”

Along with Wong, Morado is still a staunch supporter of her alma mater. In their two games this conference, the Parañaque resident points out the stark difference in height between this generation of Lady Eagles and her batch. 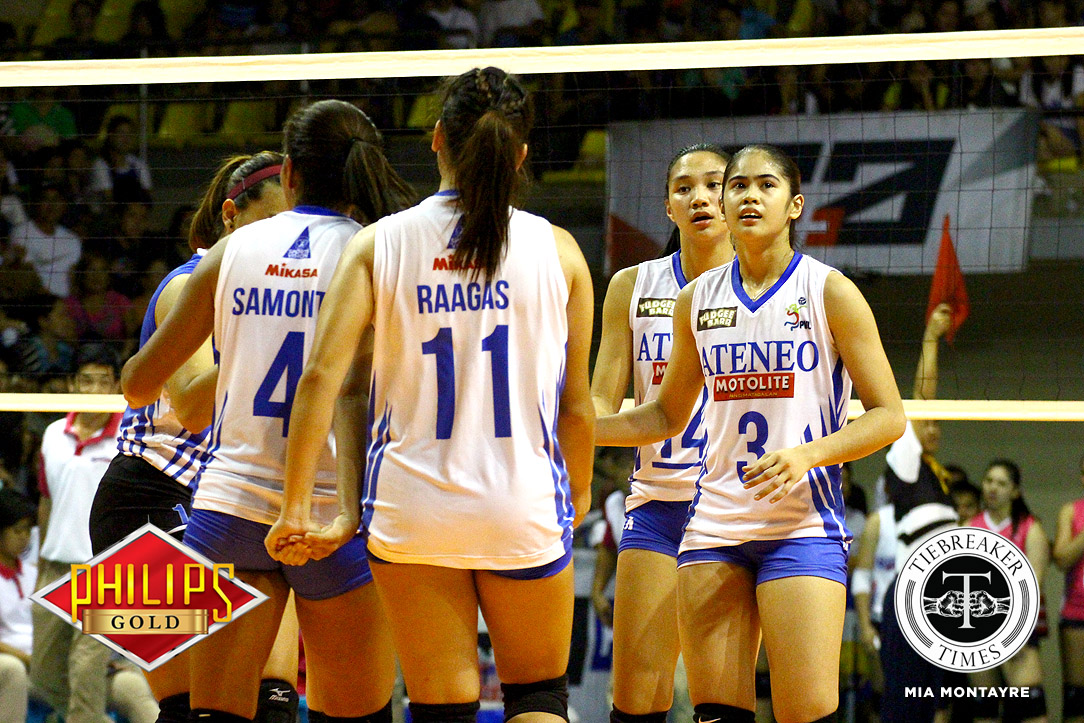 “One thing that changed for sure is the overall height of the team!

“This is something they can surely use to their advantage, and this is only preseason. They have more than enough time to polish, gel, and build more chemistry in time for UAAP,” thought the two-time UAAP champion.

As for her Cool Smashers – who dropped to second in the standings with a 6-2 card – Morado emphasizes her team’s positive outlook. They are set to welcome back starters Michele Gumabao and Risa Sato to regular training, which should give them a boost.

“Recently, our team hasn’t been complete in trainings or games because of various commitments that we have to consider and respect,” said the Team Pilipinas stalwart. “It’s not easy for a player to be converted to a position they are not used to but, as professionals, we always do our best given the circumstances to fill in for our teammates.

“We’re always optimistic regardless of our situation. It’s only the beginning of the second round and we are expecting to be more complete in training this time around. Every game, win or lose, we are made aware of the things we need to improve on, and we hope to be able to address them quickly in every training.”

PBA Board set to meet with Yeng Guiao