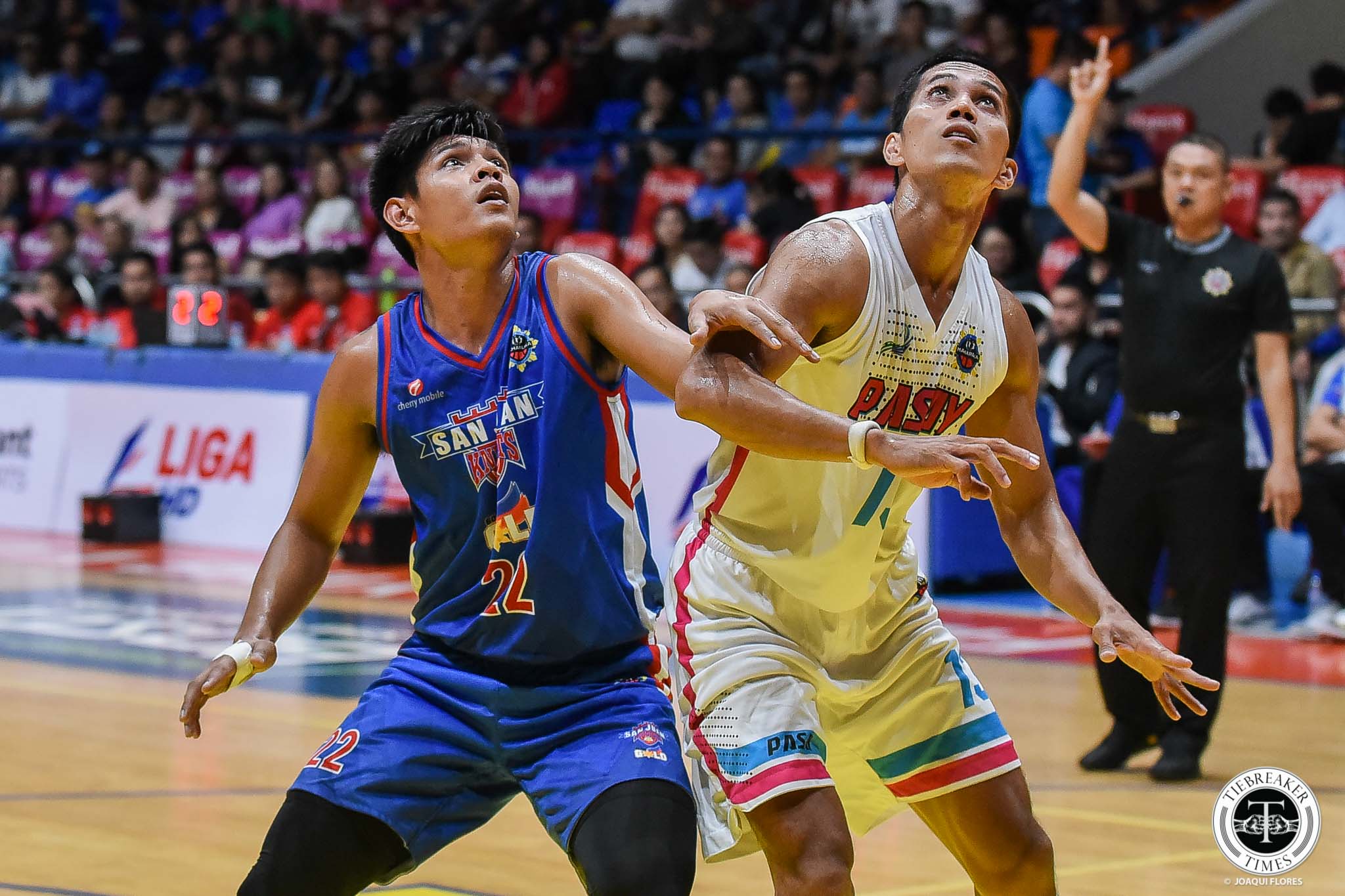 In their first home game since the 2018-19 MPBL Datu Cup Finals, the Go for Gold-San Juan Knights were given a tough test.

Behind a huge defensive stand in the end game anchored by Jhonard Clarito and Larry Rodriguez, the Knights escaped the Pasay Voyagers, 74-72, Friday evening at the Filoil Flying V Centre.

The Knights were leading by as much as 21 points in the game. But they then saw their cushion crumble courtesy of the hot hands of Dhon Reverente, who erupted for 15 of his 26 points in the third canto.

Reverente also had 16 rebounds, four steals, and a block.

Pasay got its first taste of the lead after back-to-back baskets from Jan Jamon, 69-66, with 3:08 remaining.

San Juan and Pasay exchanged leads afterwards, with CJ Isit capping the exchange with a layup to give San Juan a 73-72 lead with 1:25 left.

Needing stops, Clarito did the dirty work for San Juan on defense.

In the final sequence, the Voyagers could not find a go-to guy to close out the game; they settled for a Ron Lastimosa triple with just seconds left. The shot badly missed, and Clarito then sealed the game with a free throw.

Matthew Wright on super team Ginebra: ‘They’re human just like we are’

Kib Montalbo’s childhood dream was to play for Bacolod