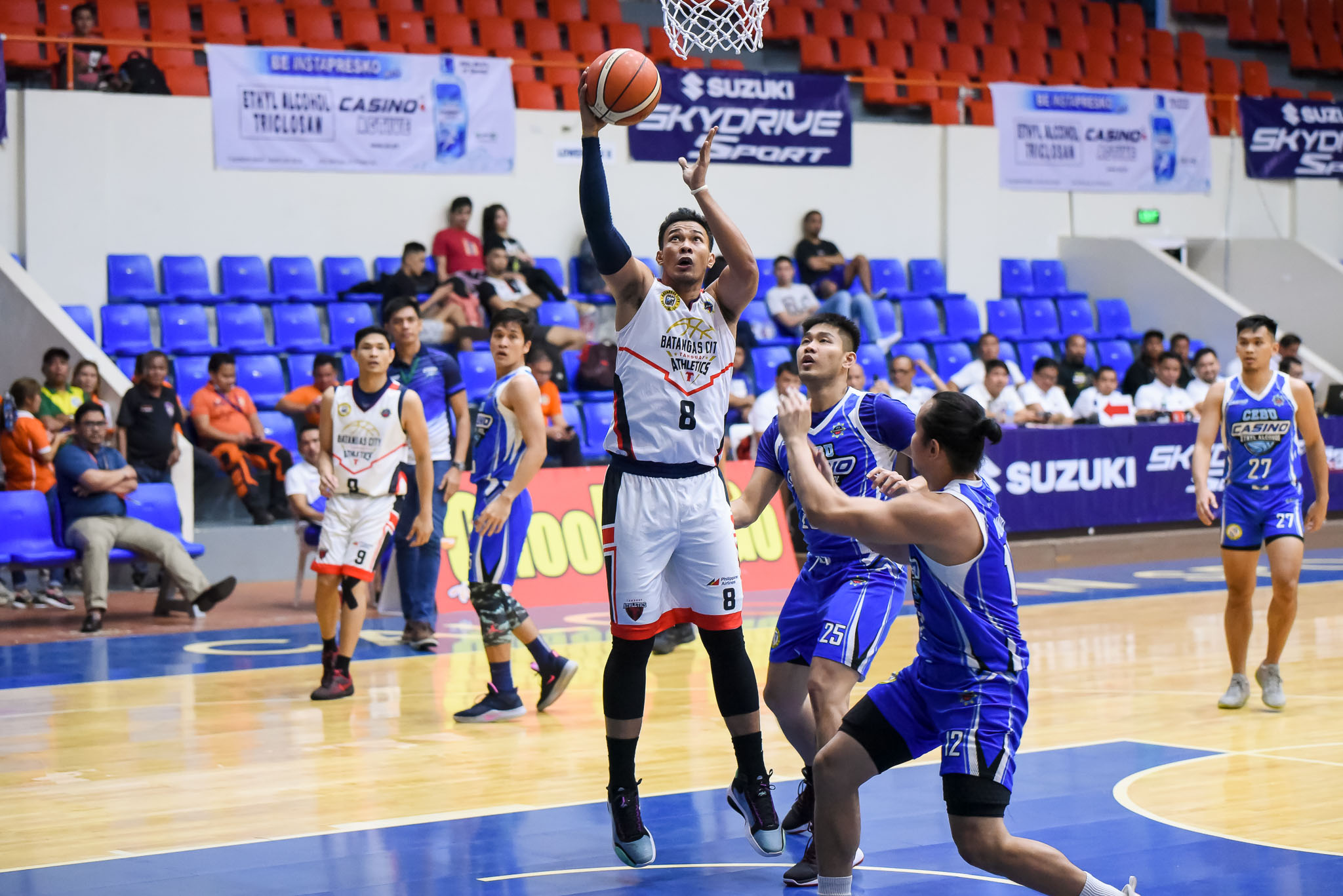 Jhaymo Eguilos powered Batangas City-Tanduay’ 68-56 rout of the Cebu-Casino Ethyl Alcohol to close out its elimination round campaign in the 2019-20 Chooks-to-Go/MPBL Lakan Cup at the Caloocan Sports Complex, Wednesday.

Armed with a thin three-point cushion in the final frame, Eguilos and Teytey Teodoro kick-started a 12-5 rally. That then gave Batangas its biggest lead of the ball game at 12, 68-56, with 59.8 ticks remaining. The run proved to be the nail in the coffin for the Athletics.

“It was hard on the first half, but I told my players, ‘We have to play like we deserve to be where we are.’ That’s just what I told them. Don’t let this slide,” said Batangas head coach Woody Co.

Eguilos finished with a double-double performance of 17 points and 12 rebounds on top of two assists, two blocks, and a steal.

Adrian Santos backstopped Eguilos with 13 points and 11 rebounds, while the returning Teodoro had seven points on 2-of-7 shooting.

Batangas secured the fourth spot in the South Division with a 19-11 win-loss slate.

On the other hand, Fletcher Galvez paced the William McAloney-less Cebu with 14 points and five rebounds. John Saycon finished with 13 points, nine rebounds, and five assists.

The Sharks were the last casualty in the South playoff wars, falling to a 15-15 record — a game behind eight-seed Bicol.