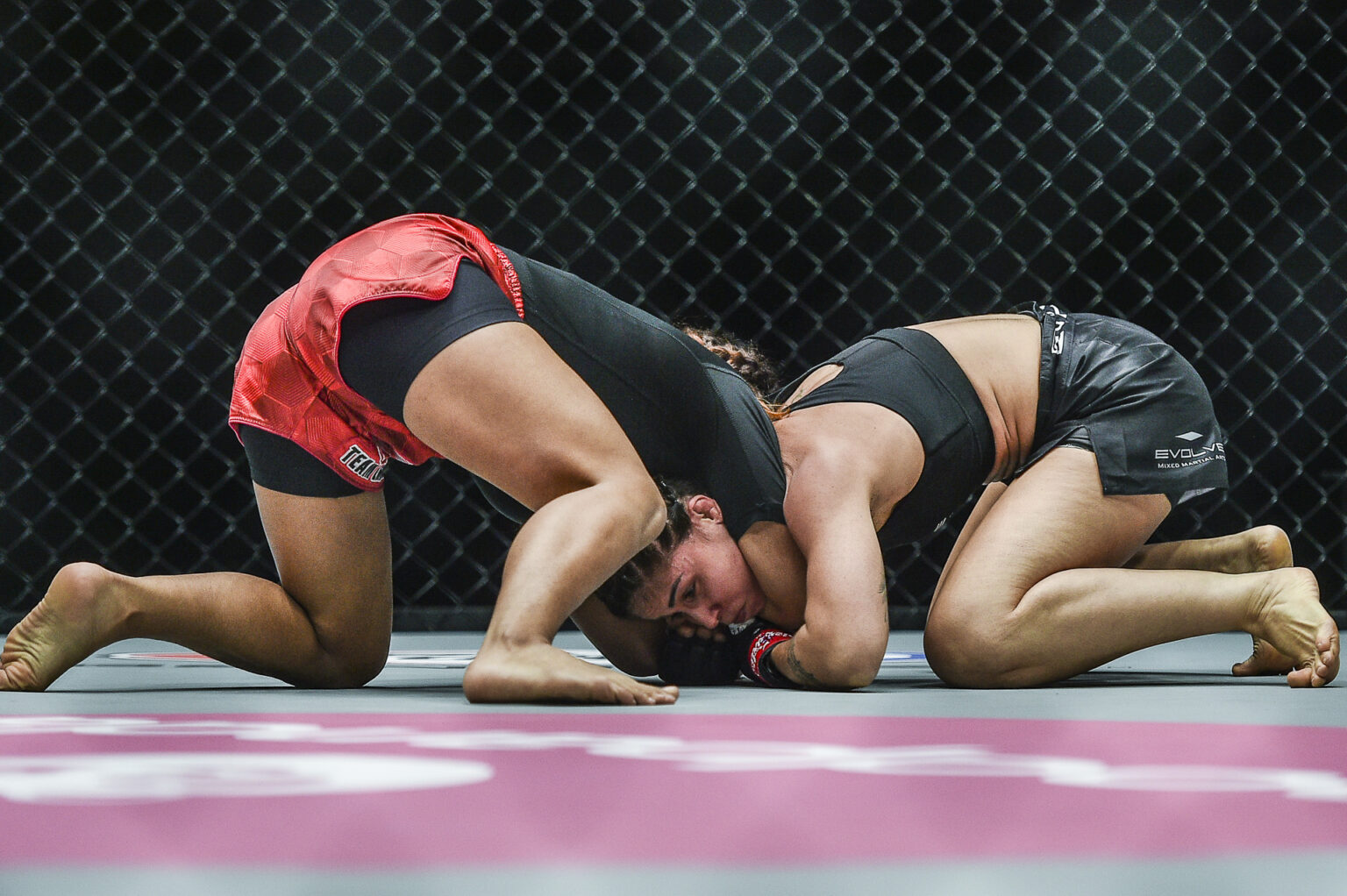 They say first impressions matter most, and Jenelyn Olsim made hers a notable one in her ONE Championship debut.

Olsim stopped no. 5-ranked strawweight Maira Mazar via guillotine choke in the third round at ONE: Fists of Fury III last Friday, March 19, at the Singapore Indoor Stadium.

What surprised people most, more so than Olsim’s win, was the way she got it done. No one expected Olsim – known primarily as a striker – to submit the seasoned vet in Mazar.

Olsim and her squad in Team Lakay were the least surprised, though.

“That was part of our gameplan. It’s something that we worked on alongside coach Mark [Sangiao]. We’ve repeatedly worked on that submission, so I expected to submit her,” Olsim said.

From the onset, the match was Olsim’s for the taking.

The 23-year-old peppered Mazar on the feet, dropping her twice in the first round while answering her foe’s wrestling pedigree for the duration of the match.

The finish came early in the third round as Mazar aggressively pinned Olsim to the fence while looking for a takedown. Olsim wrapped her arms around Mazar’s neck for a guillotine choke, and when the Brazilian pushed through with a takedown, the choke got tighter and forced Mazar to tap at the 41-second mark.

“Actually I was expecting to get that submission as early as the first round, but she was too loose, so we went back and focused on our striking. Near the end of the second round, she managed to take me down, but we still managed to land a lot of strikes in the second round,” she said.

“In the third round, that was pretty much it. We mixed it up and then she attempted to go for another takedown because I was already dominating on the feet. When she shot for a takedown, I was pushed to the fence, and that’s where I pulled off the submission.”

As breezy as Olsim’s win over Mazar was, she still gave props to her opponent as Mazar showed great grit all throughout the bout.

“Maira is strong. She’s a very tough fighter. Even though I was hitting her a few times, she wasn’t giving up,” Olsim said.

“She’s also a very smart fighter. I noticed that when I was beating her up in the striking department, she was quick to change her game plan and worked on her wrestling and jiu-jitsu – good thing I dominated in those aspects as well.”

“I am very satisfied with my performance because I was able to show everything I worked for. From my striking to my submissions, I was able to apply those things,” she said.

“There’s also an added satisfaction because we’ve been waiting for this match for a long time.”

In this article:Jenelyn Olsim, ONE: Fists of Fury, Team Lakay