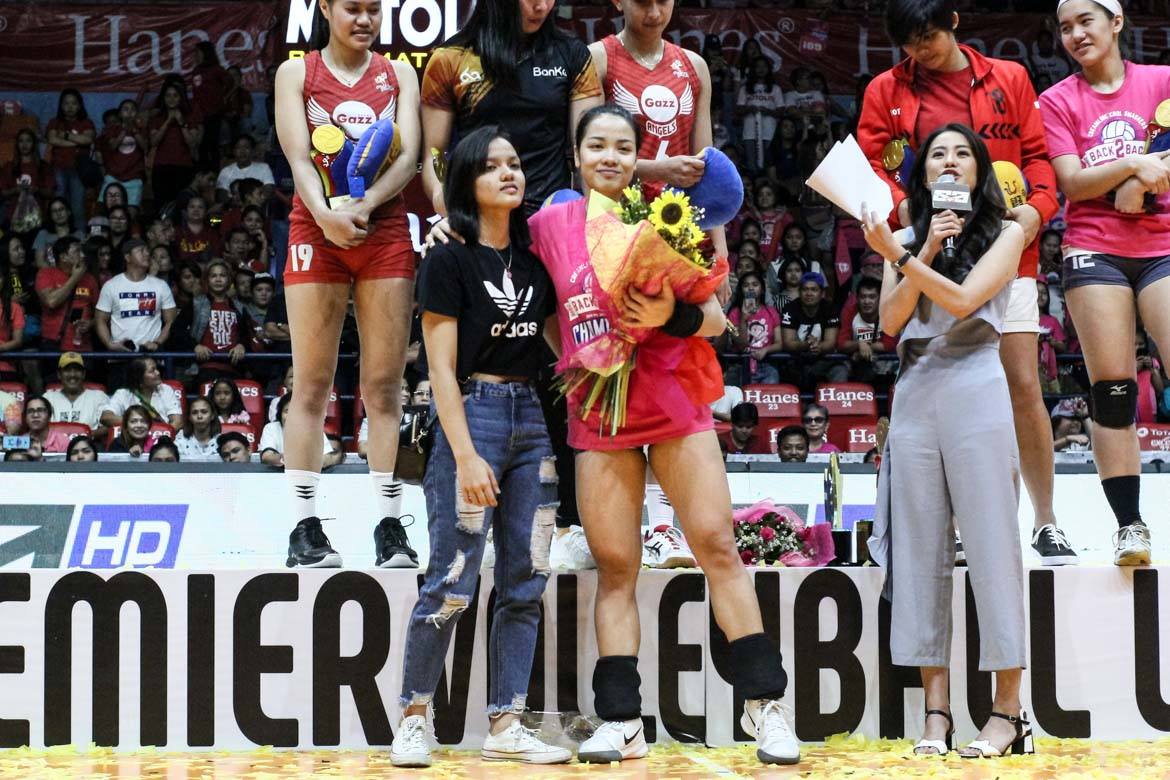 Creamline stalwart Jema Galanza shone the brightest in the elimination round of the 2019 Premier Volleyball League Open Conference, and was recognized as such on Saturday night.

Galanza hoisted the Conference Most Valuable Player trophy following a stellar campaign that saw her take charge and steer the injury-riddled Cool Smashers to a historic 16-game sweep of the preliminaries.

The 5-foot-7 product of Adamson dropped across-the-board gems time and time again for Creamline’s title-retention bid. And at the end of the double-round eliminations, she emerged as one of the league leaders in five skills.

Galanza — who was also feted as one of the Best Open Spikers — collected a whopping 226 points, ranking fourth in overall scoring while averaging 14.13 points per game.

In addition, the proud daughter of San Pedro, Laguna tallied the third-best success rate in the spiking department with 36.43-percent. She was also a force to be reckoned with in the service area with 0.37 ace-per-set average, which was fourth among servers.

Efficient was Galanza’s impact on the defensive end as well. She delivered the goods with a 47.22-percent efficiency in reception and 3.10 digs per frame in digs, placing third and seventh, respectively.

But Galanza wasn’t the only Cool Smasher recognized for her efforts during Creamline’s monumental feat.

Jia Morado captured her fifth PVL Best Setter award as she normed 4.38 sets per frame, which was fourth among playmakers. Kyla Atienza took home the Best Libero plum after leading the league in the digging department with 5.21 digs per set, and second in receiving with 47.93-percent efficiency.

READ  UP picks up emotional win against Adamson to halt skid

Meanwhile, title contender Petro Gazz has Jovie Prado as the other Best Open Spiker, and Jeanette Panaga as one of the Best Middle Blockers on the list.