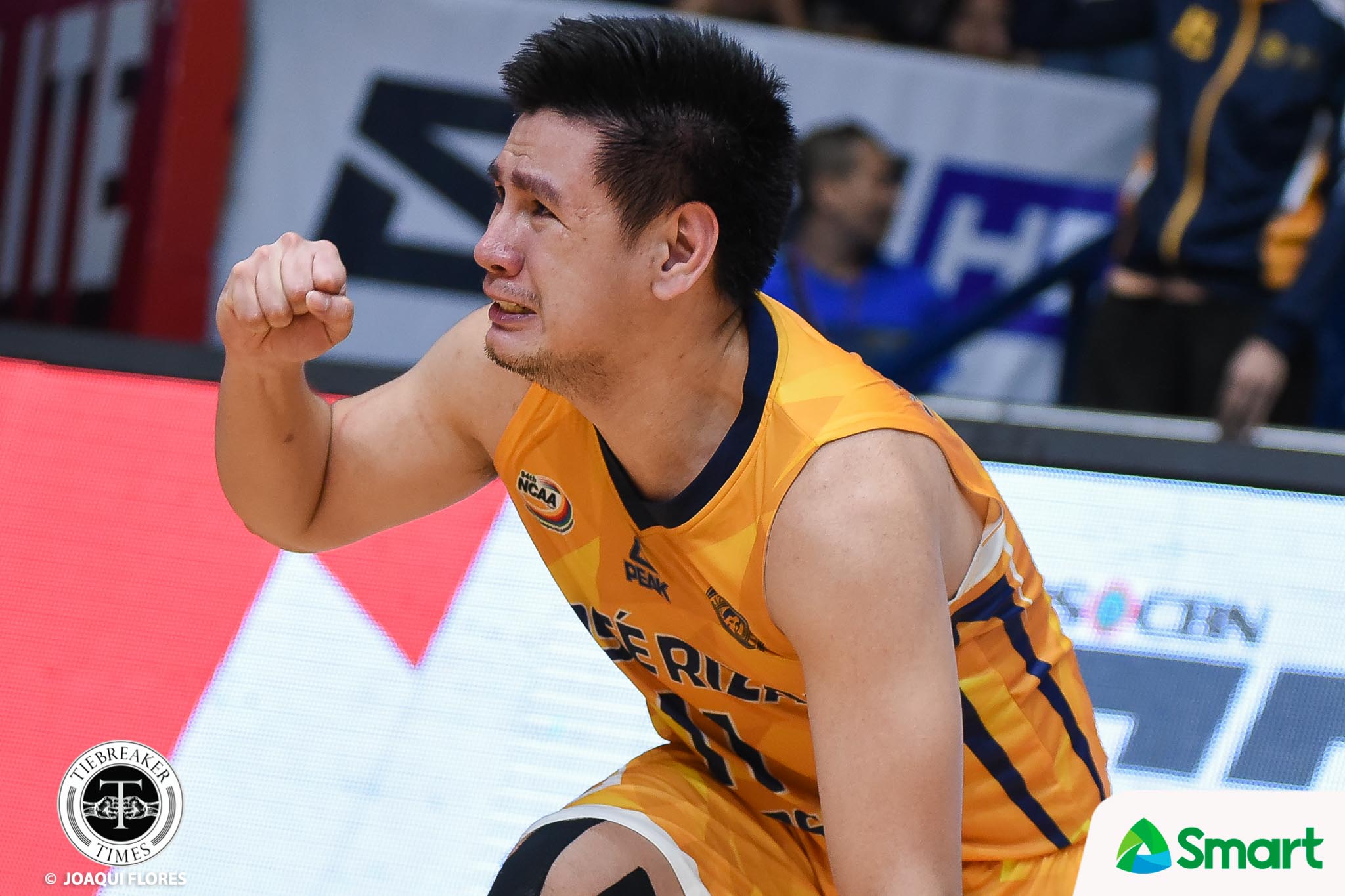 The Jose Rizal University faithful have been spoiled with outstanding guards. From Nate Matute and Philip Paniamogan to Paolo Pontejos and Teytey Teodoro, these guards have led the Heavy Bombers to multiple Final Four appearances.

That is why when JRU head coach Vergel Meneses cut Teodoro during the off-season, a lot of pressure fell on the shoulders of 6-foot guard Jed Mendoza.

However, even with his 15.6 points, 3.0 rebounds, and 3.4 assists per game average, the NCAA Season 93 Seniors Basketball Most Improved Player could not tow the Heavy Bombers to the win column.

Well, the Heavy Bombers were handed a win by the San Sebastian Golden Stags after RK Ilagan was caught playing in a “ligang labas” game. But JRU has yet to have a win that they could call their own.

Come Friday afternoon, Mendoza and the Heavy Bombers played short-handed. Still, it did not deter them from playing their A-game against the EAC Generals.

With the third-year Heavy Bomber leading the way with 18 points, five assists, five steals, and four rebounds, JRU was able to eke out a 57-55 win — a win they could call their own.

As the final buzzer sounded, Mendoza, who has faced major scrutiny from the Rizalians, dropped to the floor to soak in the moment.

Mendoza is dedicating this win to the entire Rizalian community as their comments only made him a better student-athlete. 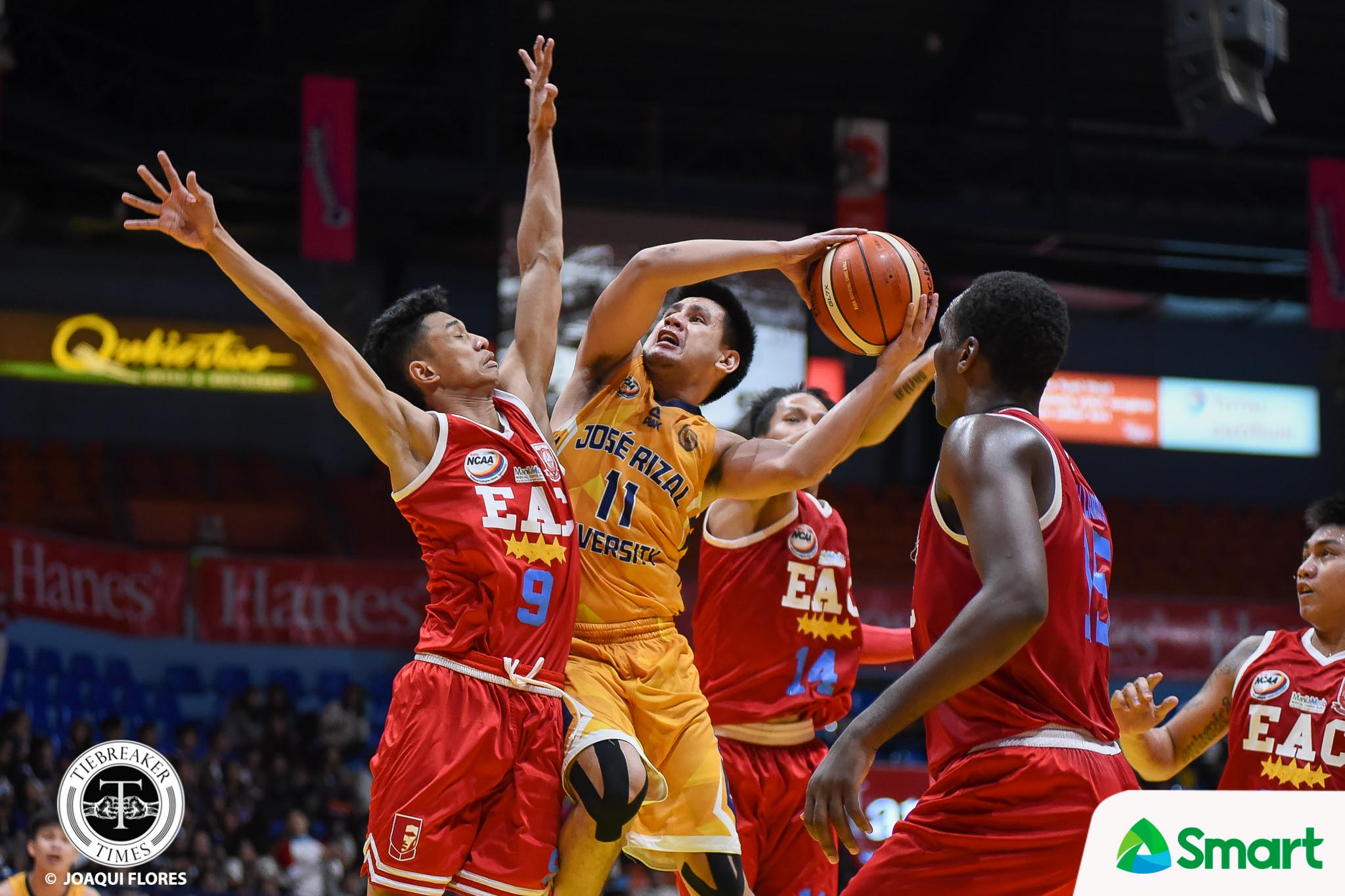 JRU atones for errors, holds off EAC for 2nd win