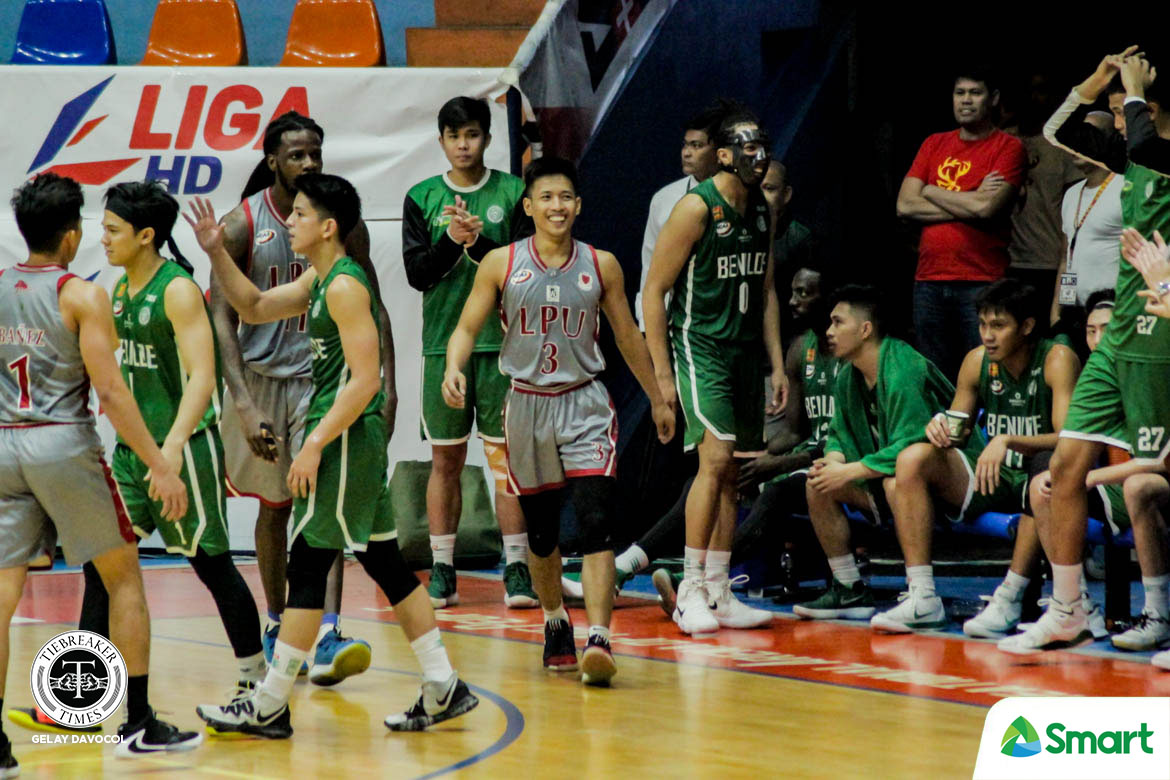 Jaycee Marcelino and the Lyceum Pirates weathered the St. Benilde Blazers’ late-game rally to take a close 85-83 triumph in the NCAA Season 95 Seniors Basketball Tournament at the Filoil Flying V Centre on Friday.

Down by one in the opening minutes of the final frame, Justing Gutang drained back-to-back buckets to give his side a one-point advantage. However, things turned upside down for the Taft-based squad from there.

After going scoreless for exactly five minutes and two seconds, Robi Nayve then made an and-one play to end the drought. He cut Lyceum’s lead to just three points, 73-76. But Jaycee Marcelino was quick to react as he sparked a 6-0 blast to build an 82-73 turn around for the Pirates.

Unique Naboa and Kendrix Belgica ignited one last-ditch to save the game by hitting a three-pointer and a quick layup with 1:05 ticks left. Unfortunately, Jaycee then found his brother Jayvee underneath for the quick stab, 84-78.

Belgica again scored in the paint with five seconds left, while Naboa drained another trey to beat the buzzer to cap off St. Benilde’s late-game rally.