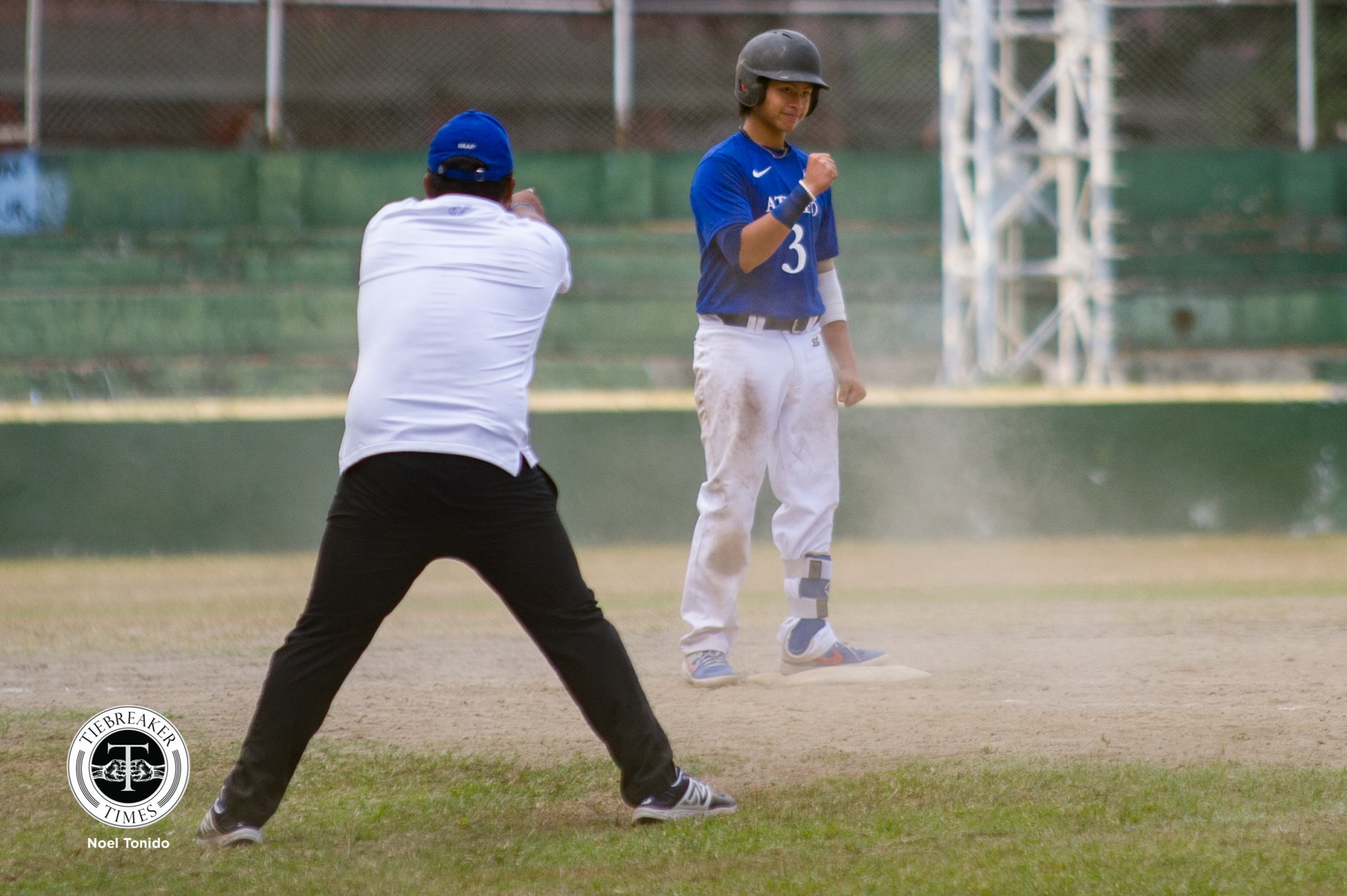 Ateneo’s offense showed up when they needed it the most. And it resulted in a come-from-behind victory over archrivals De La Salle University.

The Blue Eagles blasted the Green Batters defense with a combined eight runs in the seventh and eighth innings to take their third straight win, 13-11, Sunday afternoon at the Rizal Memorial Baseball Stadium.

The Ateneo coaching staff had emphasized to the team the importance of getting ahead. And the Blue Eagles did just that in the first inning, before La Salle equalized in their side of the second inning.

The Green Batters then took the lead after they drove in three runs in the fourth inning, forcing Bocc Bernardo and his staff to retire Paulo Macasaet on the mound and bring in reliever Miggy Angeles.

After the Blue Eagles held off the La Salle’s impending run, the Season 79 champions took to heart Bernardo’s pre-game reminders. “Sabi ko lang sa kanila the importance of this kind of games, especially you know who the contenders are.

The response was overwhelming. The Blue Eagles carved a six-run binge in the seventh inning after they cut the deficit to one, 5-6, in the fifth.

Two innings later, substitute Yoji Ueda sent Gino Tantuico and Martin Tan home off a huge triple, before Marco Mallari scored Ueda in a subsequent play off a base hit. Another triple, this time off Javi Macasaet, sent Mallari to open the floodgates for the Blue and White, who snagged the lead at 11-8.

Insurance runs in the following inning sealed the deal for the Ateneo, even as La Salle mounted a rally in the ninth, taking out three runs. In the end, the lead was too high, and the Blue Eagle defense too composed. They denied their opponents their own comeback, even as Diego Lozano produced his first homer of the season, while Marco Mallari collected Iggy Escano’s hit to deep center for the final out.

“It is a team effort,” Bernardo expressed on the win. “Ueda played well. Mallari played well. Javi [Macasaet] stepped up as we expected him to lead this team this year.”

Ueda ended the game with two hits off the bench on a three-RBI triple in the seventh inning. He followed it up with a two-run double in the eighth. Mallari also had two hits in four at-bats, and also scored twice in the process.

Meanwhile, Boo Barandiaran finished with 3 RBIs in two runs in his four appearances at the plate.

For the new Ateneo head coach, the win is very much welcome as the Blue Eagles broke their slump against the last year’s runners-up. “First and foremost, they have always beaten us in the pre-season. This team has to realize that any team can beat anybody. We took this one against La Salle and we are happy.”

The Blue Eagles will try to keep their unbeaten 3-0 slate as they face defending champions Adamson University (2-1) on Wednesday, February 27 at 7 a.m. On their part, the Green Batters (2-1) will face the University of Santo Tomas (2-1) later that day at 1:30 p.m.

Joshua Munzon nails game-winner as Pasig gets back at 1Bataan