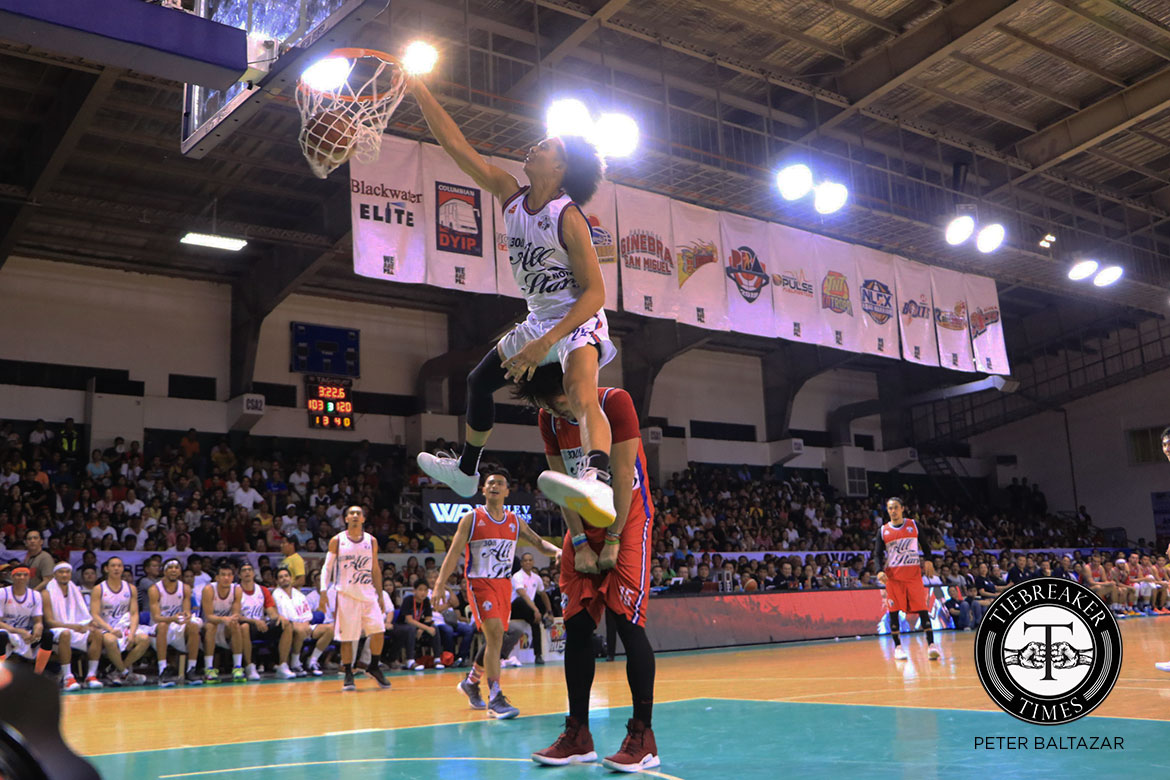 Quickness and athleticism reigned supreme over height and heft, as the North All-Stars beat the South All-Stars, 185-170, in the 30th PBA All-Star Game, Friday night at a packed Calasiao Sports Complex in Pangasinan.

It was North from start to finish, but that didn’t matter for fans. Both squads gave the Pangasinenses a show with their highlight-worthy plays that made the match the highest scoring All-Star Game in league history.

The Kapampangan tandem of Arwind Santos and Japeth Aguilar were at the forefront of North All-Stars’ attack. The former produced 34 points, 17 rebounds, and six assists, while the latter made 32 points and eight rebounds.

LA Tenorio etched his name into the PBA All-Star’s record books as the fifth player to notch a triple-double in an All-Star Game. He then finished with 11 points, 10 rebounds, and 15 assists in the 19 minutes and 54 seconds he played.

Calvin Abueva had 10 points and 11 boards. Troy Rosario supplied 10 markers in the victory that hiked North’s record over South to 9-4.

PJ Simon turned back the hands of time and produced 34 points to lead the South All-Stars. June Mar Fajardo produced 26 points and 13 rebounds, while Terrence Romeo and Mark Barroca had 19 and 18 points, respectively.

The wheelchair drive by Double V Productions, where they vowed to donate one wheelchair for every dunk and triple made, continued in the ASG. North and South produced a total of 45 treys – an All-Star record – and 37 dunks.

Aguilar, of course, had plenty of contributions in the dunks department, including the one where Fajardo intently turned his back then allowed the 6-foot-9 Barangay Ginebra center to dunk over him a la Slam Dunk Contest.

Meanwhile, Santos did his Spiderman Dunk, much to the delight of the crowd.

Adding the threes and dunks the NXTGEN Game between Rookies-Sophomores and Juniors produced last Friday, Double V Productions will donate a total of 126 wheelchairs to Alagang PBA Foundation.