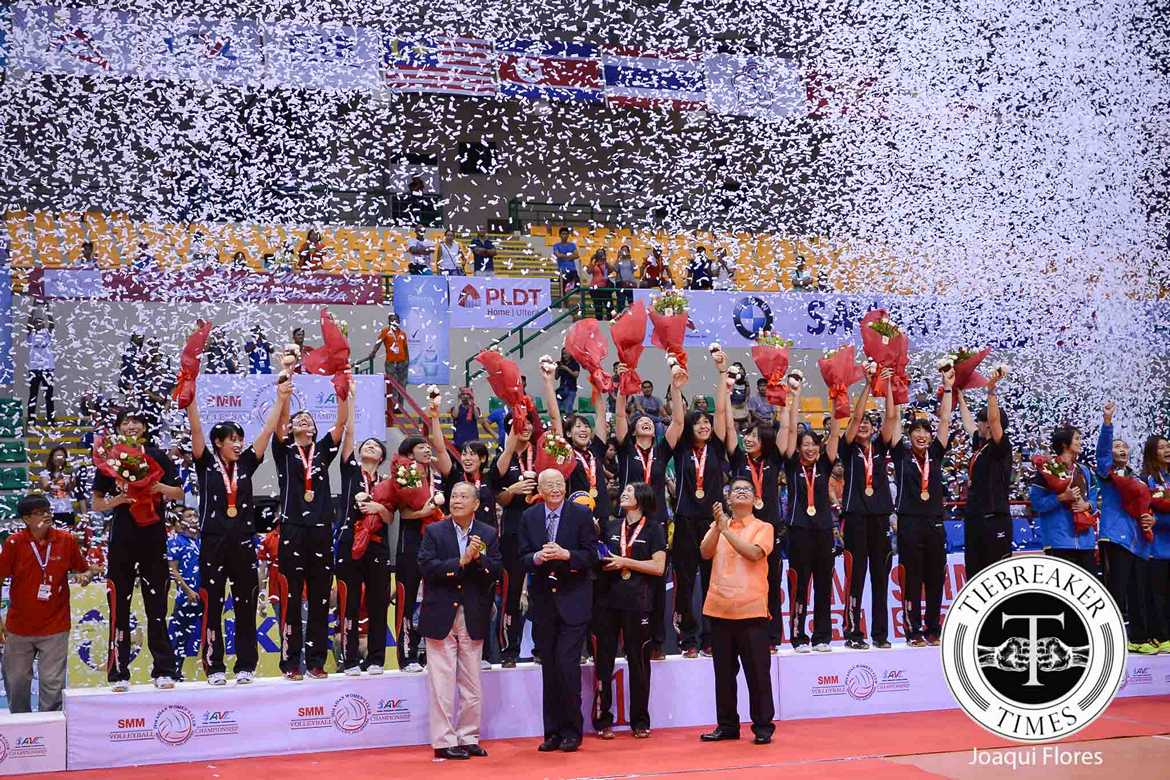 The Japanese displayed their signature speed and ball control to begin the match. NEC carefully built their lead with laser-quick transitions until they had five set points in the first set, 24-19. Ba’Yi subdued NEC’s offensive onslaught just enough to threaten and bring the lead down to one, 24-23, before Liu Yanhan server long and gave the set to the Red Rockets. NEC replicated their brilliance on serve and attack in the second frame, earning another 24-19 advantage but ending the set immediately with a Sarina Koga ace.

NEC then battled back from a 1-8 deficit in the third frame to force a 14-all deadlock through impressive attack variations. Later, 20-year-old wunderkind Koga pulled the Red Rockets to a 23-20 lead through clutch serves and digs. A block from Ono, then a differential play for Mizuki Yanagita, gave the championship to the Japanese

NEC, who went through the tourney unscathed, will get a berth in the 2017 FIVB Club World Championships. This adds to their magnificent cinderella run of the V. Premiere League Championship where they beat then undefeated Hisamitsu Springs in the Finals.

Koga was named tournament MVP as she led NEC in the Final with 16 points. The Best Opposite Hitter, 5’6″ Mizuki Yanagita, tallied 15 markers.

Ba’Yi Shenzeng were led by two of China’s Team B players, Yang Jungjing and Liu Yanhan, who had 15 and 14 points, respectively.

Jaja Santiago checked as Saitama falls to NEC in V.League