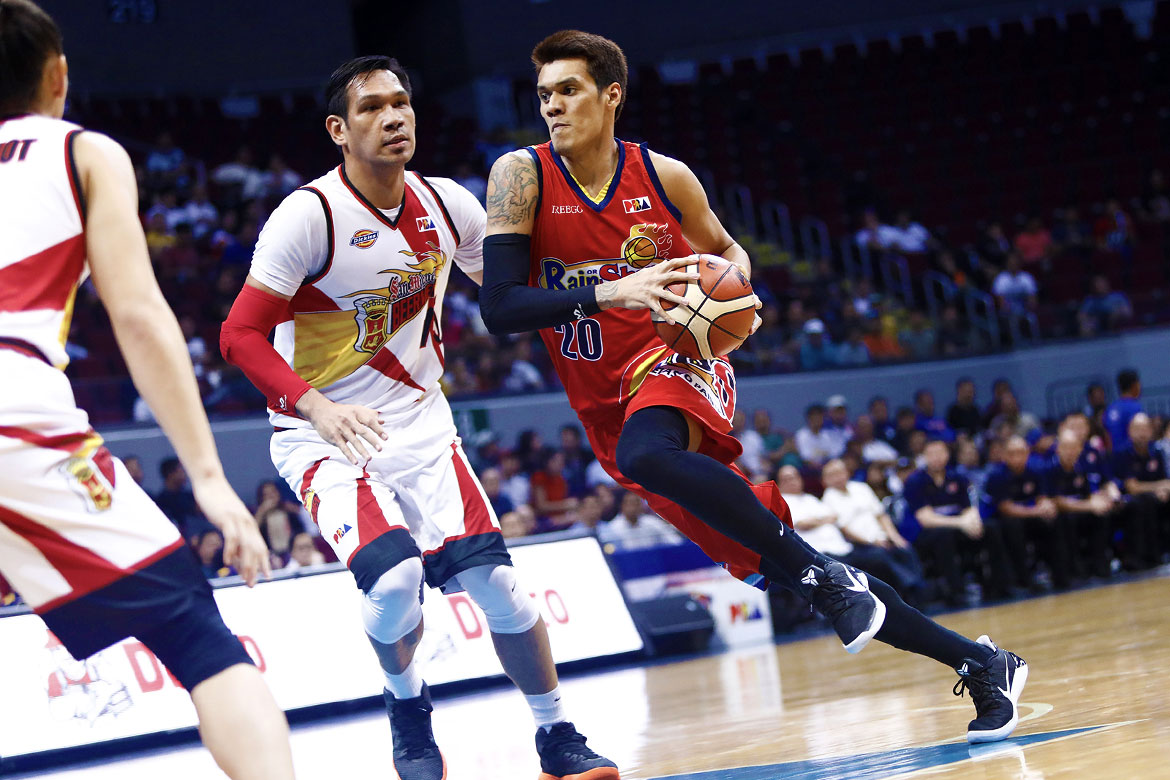 It seems like Rain or Shine just couldn’t find the spell that could break the injury curse.

The Elasto Painters, though winning over the San Miguel Beermen 95-80 Wednesday night that helped them clinch a playoff spot, could not wholly celebrate as three of their veterans are hurt.

Tiu has a strained hamstring but there’s a chance that he might see action in the quarterfinals. His status is far from Yap, who will be out for two weeks due to a pulled calf muscle.

Yap might only be able to return to the fold if the Elasto Painters would make it into the semifinals.

Almazan, meanwhile, has been nursing a hand injury prior to the match, but it got worse after being hit. He only played 2:44 minutes and had three points, an assist, and a steal.

“Si Raymond, he had a hand injury prior to this game. Today, yung pagdrive ata ni Alex (Cabagnot), parang natamaan, so namaga yung kamay. So we didn’t want to use him anymore,” Garcia said.

Even one of Rain or Shine’s leaders in Beau Belga expressed disappointment with injuries hitting his teammates, but says that they could not do anything about it for it is something beyond their control.