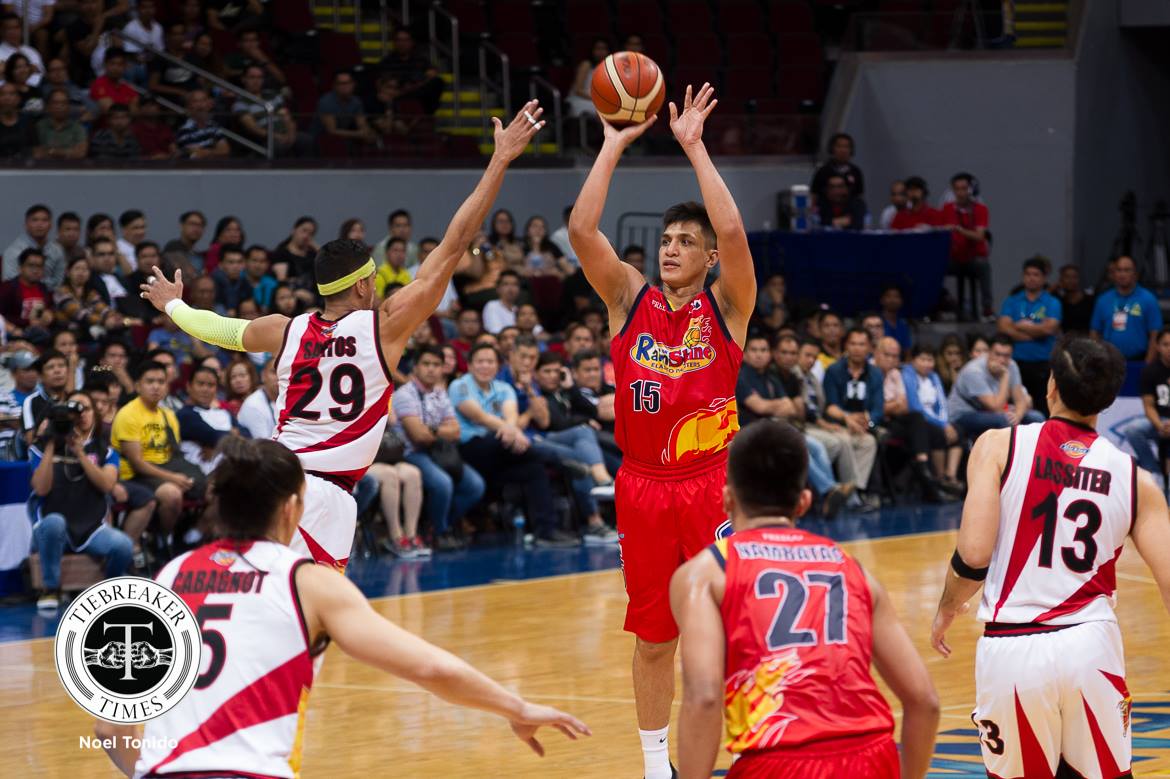 The Rain or Shine Elasto Painters will now head into the 2018 Philippine Cup playoffs with a 95-80 victory over defending champions San Miguel Beermen, Wednesday evening at the Mall of Asia Arena in Pasay.

The now quarterfinals-bound Elasto Painters improved to 6-4, and a win against the Barangay Ginebra San Miguel on Friday, March 2, might even lift them to the number four spot. The top-ranked SMB, meanwhile, went down to 8-3.

“At least now we’re assured of a playoff spot. But we also want to win our game on Friday against Ginebra so we could get to number four,” said Rain or Shine head coach Caloy Garcia. “And I credit the players. They battled it out today. Medyo nag-relax din sila (SMB) so we took advantage of it.”

Both teams played close for almost the entirety of the match, until the E-Painters got their groove on in the fourth. Their 19-6 rally — capped by Norwood’s bucket — from a one-point deficit gave them an 85-71 lead with four minutes left to play.

The Beermen still tried to close in, and trimmed RoS’ lead to nine, 78-87, with 2:10 to go, but it was the closest they got as Maverick Ahanmisi’s deuce and a Norwood trey put San Miguel away for good.

Rain or Shine played without Chris Tiu and James Yap, and lost Raymond Almazan during the bout as his hand got hurt. The six-foot-eight slotman only played for 2:44 minutes and produced just three points, an assist, and a steal.

June Mar Fajardo paced the Beermen with 19 points and 10 rebounds. Marcio Lassiter added 17 points, and the returning Alex Cabagnot played like he never left, as he finished with 13 markers in over 30 minutes.