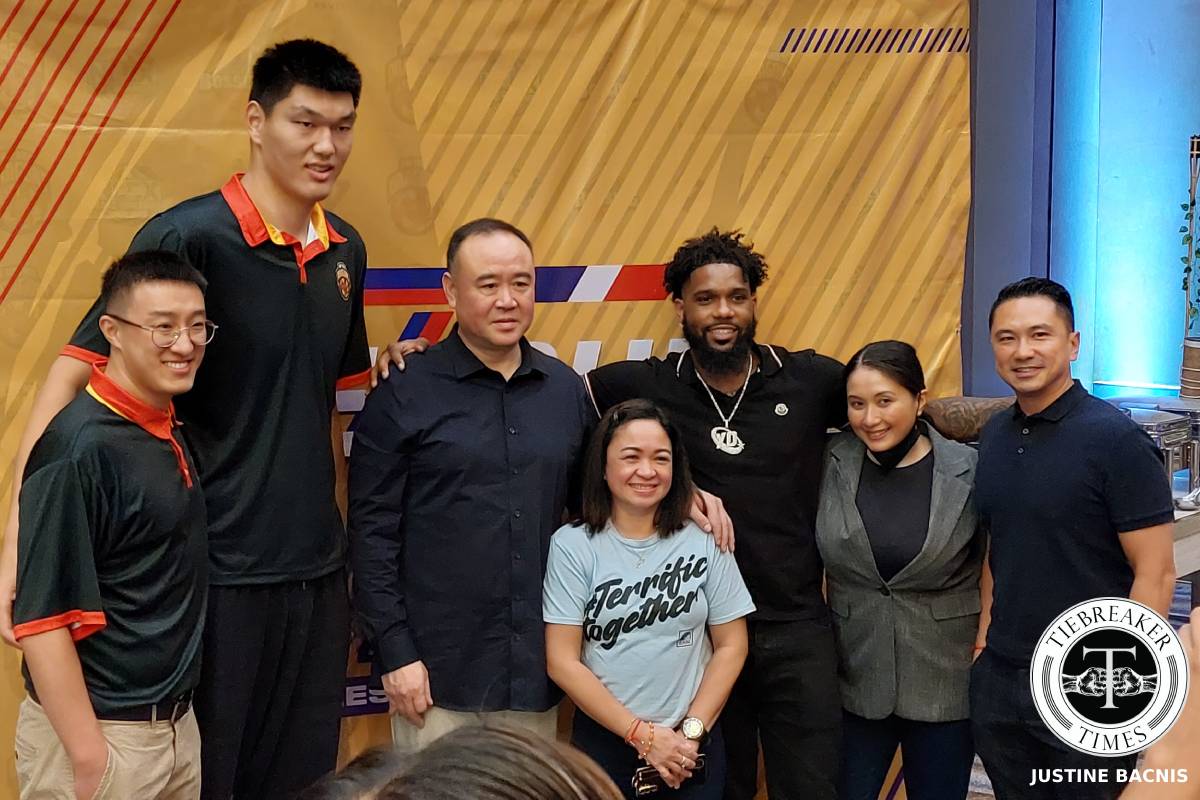 Myles Powell already has an inkling of what to expect in his upcoming stint with Bay Area in the Philippine Basketball Association (PBA) and, later on, in the East Asia Super League (EASL), thanks to a good friend of his.

Jalen Green, that is.

“Jalen Green is one of my good friends,” said the former NBA cager moments after the League 75 presser, Wednesday at Novotel Araneta.

“So, we had conversations, and he told me how much basketball means out here as well.”

Green surely knows a thing or two about the Philippines, which will be the Dragons’ home court for the meantime. They will see action in the 2022 Commissioner’s Cup as a guest team and in the EASL competitions.

Before the Houston Rockets picked him second overall in the 2021 NBA Draft, the G-League Ignite product took the country by storm when he played for FilAm Sports USA in the NBTC National Finals from 2018-19.

Green definitely made those trips worthwhile. He holds the record for most points scored in an NBTC game with 51 when FilAm took on San Beda in 2018. He ultimately won tournament MVP honors the following year.

Now, he’s becoming one of the NBA’s youngest stars, especially after earning 2022 All-Rookie First Team honors. Yet he hasn’t forgotten all about his roots as he’s embracing the role of being an EASL ambassador.

Green is in town again for an Adidas tour. And so, he and Powell will surely link up now that they’re both here. “He’s out here for an Adidas [event] and after that, we’ll definitely spend some time together,” said the 23-year-old.

Powell and Bay Area have been in the country for days now as they’ve begun preparing for the tournaments ahead, part of which is their exhibition match with French team LDLC Asvel on August 31 at the SMART Araneta Coliseum.

And the Seton Hall product can’t wait for the Dragons to compete and play in front of the fans, something that he has been looking forward to ever since he joined the newly-founded ball club that represents Greater China.

“Every time I look on the internet and social media, I see how much the fans get involved in it,” said Powell, who is bannering the team together with another ex-NBA player Andrew Nicholson and 7-foot-5 center Liu Chuanxing.

“I love playing for the fans. That gets me going. I’m one of the guys that look for the fans to get energy and stuff,” the 6-foot-2 guard from New Jersey furthered.

“I can’t wait to get out there and play in front of them.”