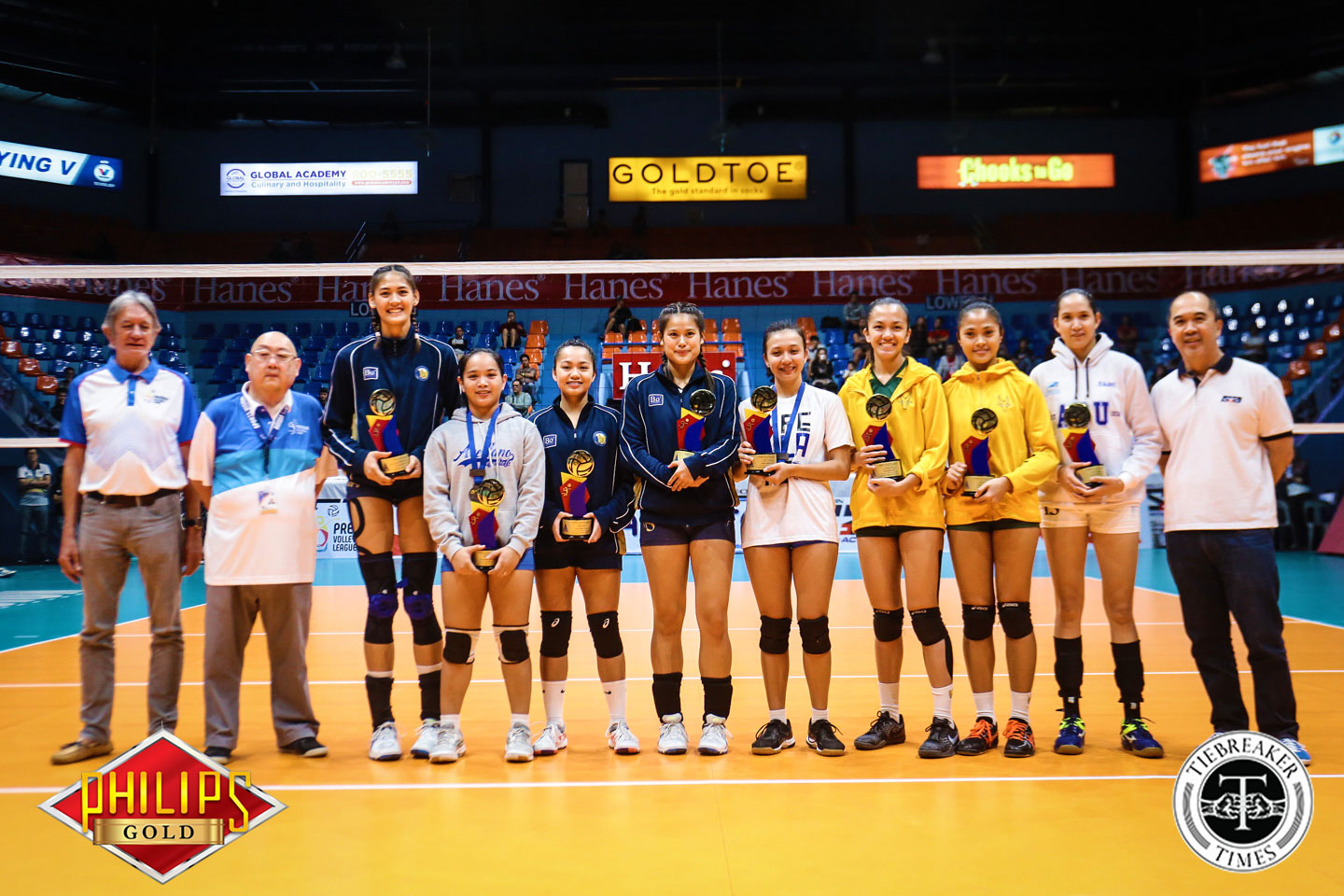 For leading the National University Lady Bulldogs to an unbeaten record in the elimination round, the 6-foot-5 spiker was crowned the Most Valuable Player of the 2017 PVL Women’s Collegiate Conference, Sunday evening at the Filoil Flying V Centre.

This is the 21-year-old’s second MVP after winning the same plum a year ago.

Santiago posted an average of 14.4 points on a 40.82 attack efficiency for the conference.

Joining the Queen Bulldog in the all-PVL team are her teammates Risa Sato and Gayle Valdez. Sato was adjudged the second best middle blocker for the tournament, while Valdez received the best libero honor.

Completing the best of the best this season are Jeannette Villareal and Toni Rose Basas of FEU; the former was named the first best middle blocker, while the latter as the best opposite spiker.