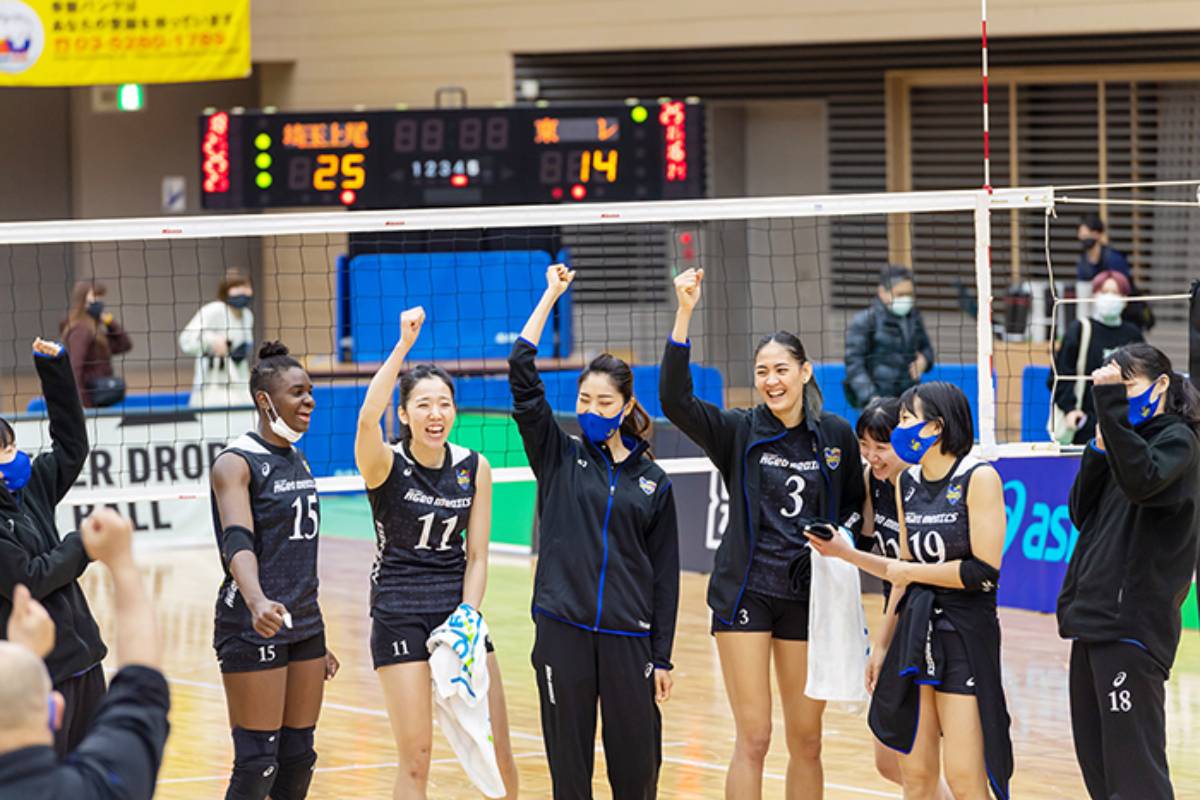 Jaja Santiago is a champion for the first time in her international career.

The Filipina pride dropped 11 points on nine attacks and two blocks in the one-game final.

Leading 19-17 in the fourth set, Ageo Medics finished off the Red Rockets with six unanswered points, capped by Yuka Sato’s crosscourt hit for the championship.

Trailing 16-23 in the second canto, Ageo Medics put up four straight points to inch within three. A Kaori Ueno attack and an error from Shainah Joseph then leveled the match, 1-1.

Tied at 24 in the first salvo, Sato uncorked an off-the-block kill, before an NEC miscommunication gave Saitama the early advantage.

Ageo Medics ended the V.League in style with 14 straight victories dating back to Jan. 23 in the main tourney.

It was a balanced effort for Saitama with Mami Uchiseto and Sato providing 15 points apiece. Joseph chimed in 14, while Kyoko Aoyagi added eight markers built on three blocks.

Ayumi Yoshida led NEC with 22 points, while Misaki Yamauchi had 15.

The Red Rockets gave away 32 errors in the match, while Saitama only got 13.

Besides this being her first championship, this is also Santiago’s second medal in Japan. She previously helped Ageo Medics win bronze last year in the V.League.