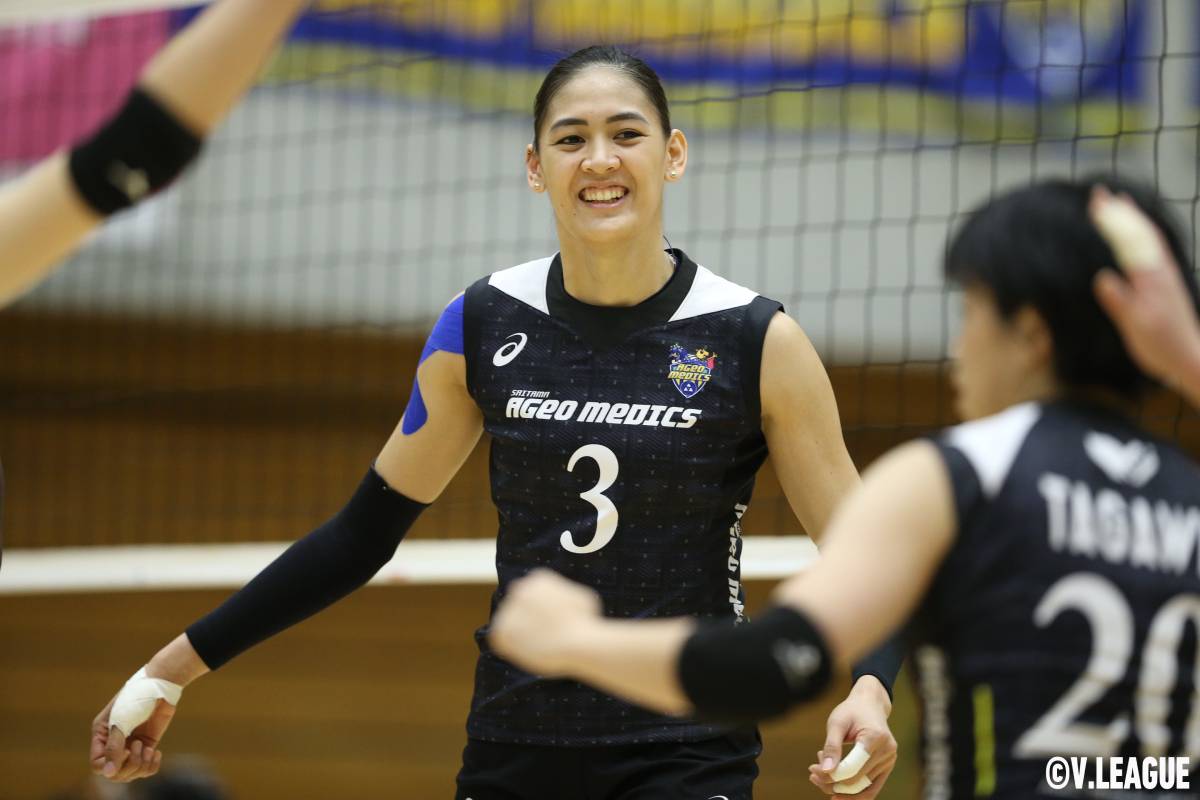 Jaja Santiago is currently in her third tour of duty for Saitama Ageo Medics in the Division 1 of Japan V.League.

With three years of experience playing in Japan, one of the top countries in the volleyball realm, she definitely can have a say of what Philippines can adopt from Japan’s system.

And for the 6-foot-5 middle blocker, skills are never a question for the Philippine delegation.

But to translate those skills to international success, Santiago shared that the things Japan does, which she thinks will help the country a lot.

The NU product said the national players there focus solely on their training once it starts, with no other things in mind.

For her, adopting Japan’s way of training for the national team would be ideal for the Philippines to play better in international tournaments.

In that way, the chemistry of the players will be more intact, resulting in better performances.

And when the Philippine National Volleyball Federation Inc. (PNVF) implement the Japanese systems, maybe the country’s national volleyball teams will also get their share of success internationally in the future.