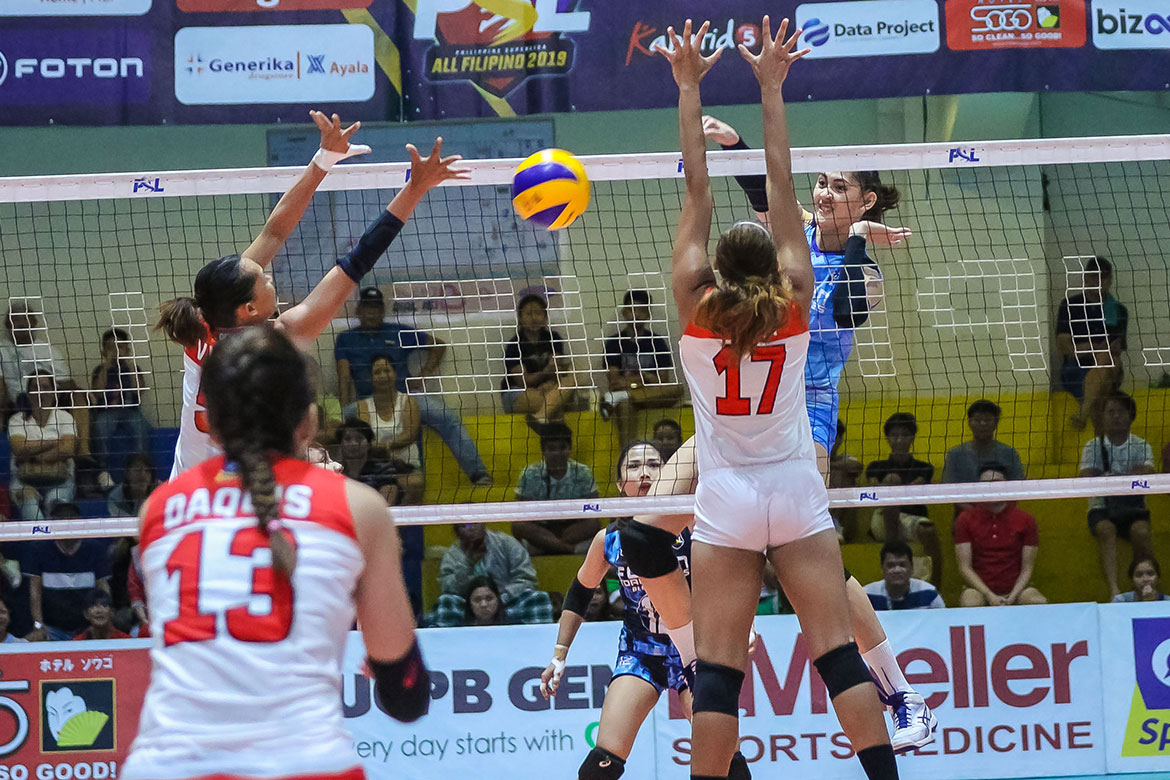 Santiago anchored both on offense and defense, tallying 29 points built on 22 attacks and a whopping seven blocks to help place Foton at solo fourth spot with a 4-3 card.

Down by three at 12-15 in the fourth set, the Tornadoes, who was then a set away from the victory, relied on their 6-foot-5 superstar. Santiago carried the scoring cudgels and went nuclear, scoring five times in a 7-0 run that put Foton up at 19-15.

After both teams exchanged service errors, Santiago yet again stifled Cignal’s defense, but Roselyn Doria was quick to stop the bleeding. Still, the Tornadoes remained on top, 23-18, before Dindin Santiago-Manabat’s back row bomb pushed them at match point.

Though Rachel Anne Daquis netted an off-speed ball with hopes of inciting a resurgence for Cignal, her overcooked hit in the ensuing play proved to be the fatal blow.

Despite the wins that they have strung recently, Velez acknowledges that his team still has a lot of room for improvement.

On the other hand, the HD Spikers dropped their fourth straight game. Moreover, they are now tied with idle PLDT at the fifth and sixth spots with an identical 2-4 slate.

Foton looks to carry its momentum against Sta. Lucia on Tuesday next week, July 16 at the Bacoor Strike Gym. Cignal, meanwhile, seeks a bounce-back win at the expense of Marinerang Pilipina on Saturday, July 13 at the Alonte Sports Center.

Mighty Sports want nothing less than to win Jones Cup

Geje Eustaquio banking on experience as he preps for Wakamatsu