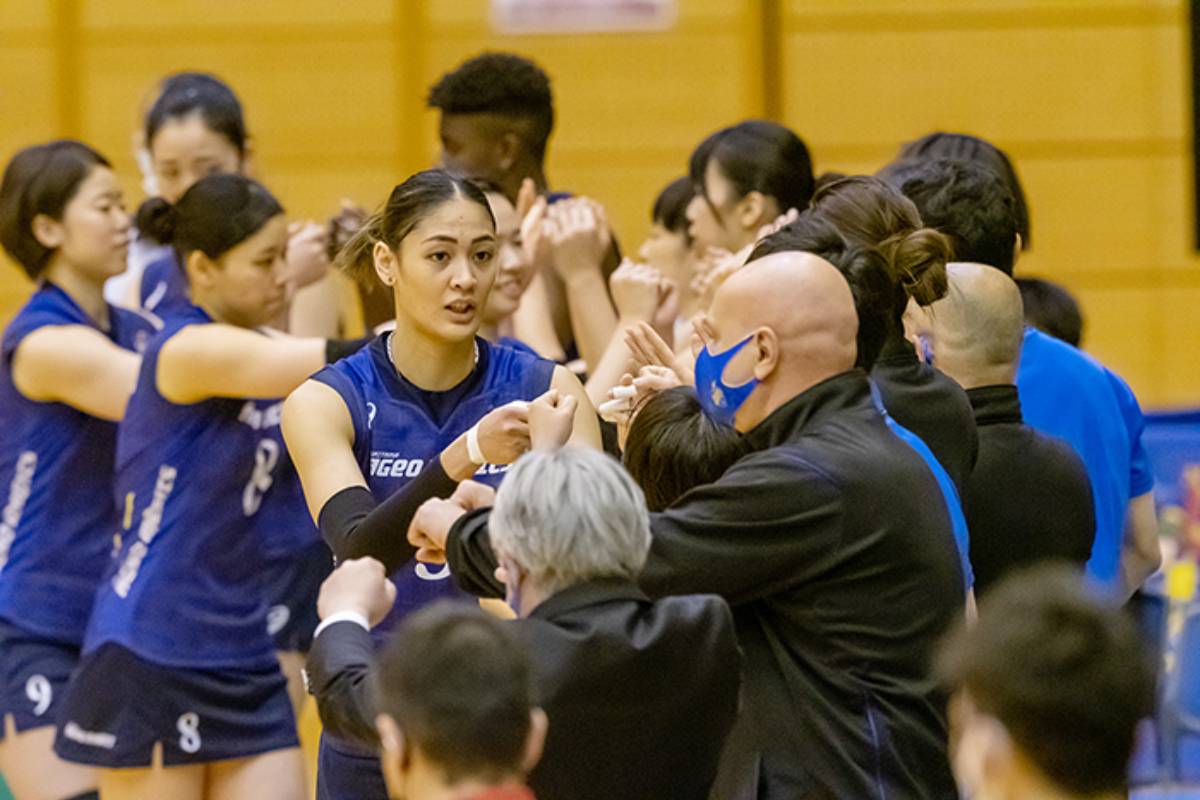 The Filipina import bounced back from her subpar outing yesterday, pouring 13 points built on 11 spikes and two blocks. The NU product also had an effective night in the attacking department with a 61.1 percent efficiency rate.

Ageo Medics leader Mami Uchiseto was on point anew with 17 points to her name, while Yuri Yoshino had 13.

Shainah Joseph was the fourth Saitama player in double figures with 11 markers.

Ageo Medics rose to 11-8, good for fifth place, while Denso Airybees are at fourth seed behind a 10-7 slate with two games left.

Due to unequal games, the rankings heading into the final round will be determined via winning percentage.

Saitama will close the regular round against the third-place NEC Red Rockets on Sunday, Feb. 14, 10 am, at the Plaza Ishikawa.