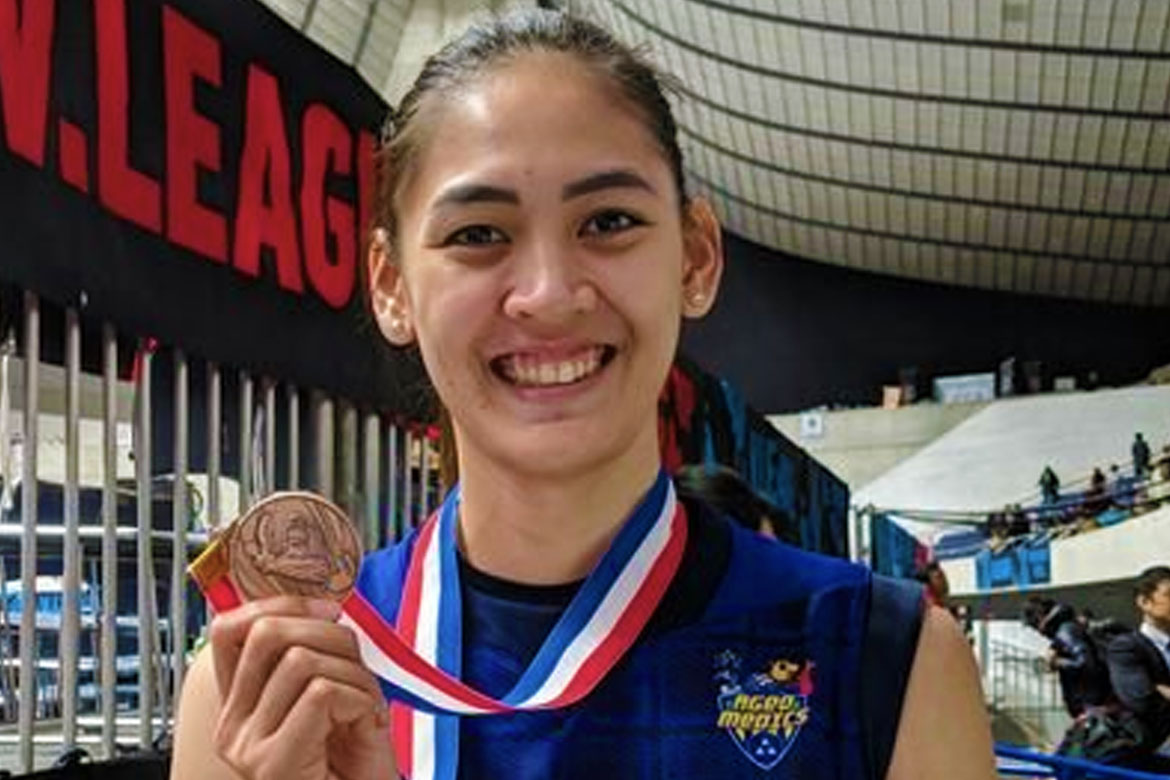 Jaja Santiago carved her name in the annals of history as the first-ever Filipino spiker to earn a medal in a professional tournament outside the Philippines on Sunday.

Santiago and the Ageo Medics belted the Denso Airybees with a straight-set 25-22, 25-22, 25-20, whipping to secure the bronze medal of the Japan V. Premier League Division 1.

The towering middle blocker delivered the goods for the Saitama-based squad. She pummeled 10 points off nine attacks and a block in the battle for third that lasted for almost an hour and a half.

Despite a stinging loss to JT Marvelous less than 24 hours ago, the Ageo Medics were able to regroup and get the job done, culminating in their best finish in years.

This is the first time Saitama has made the podium since the 2014-2015 season of the V. Premier League. It is also a huge leap from its seventh place finish last season.

Moreover, this is Santiago’s first medal in the Japan-based league since her arrival to Ageo Medics back in 2018.