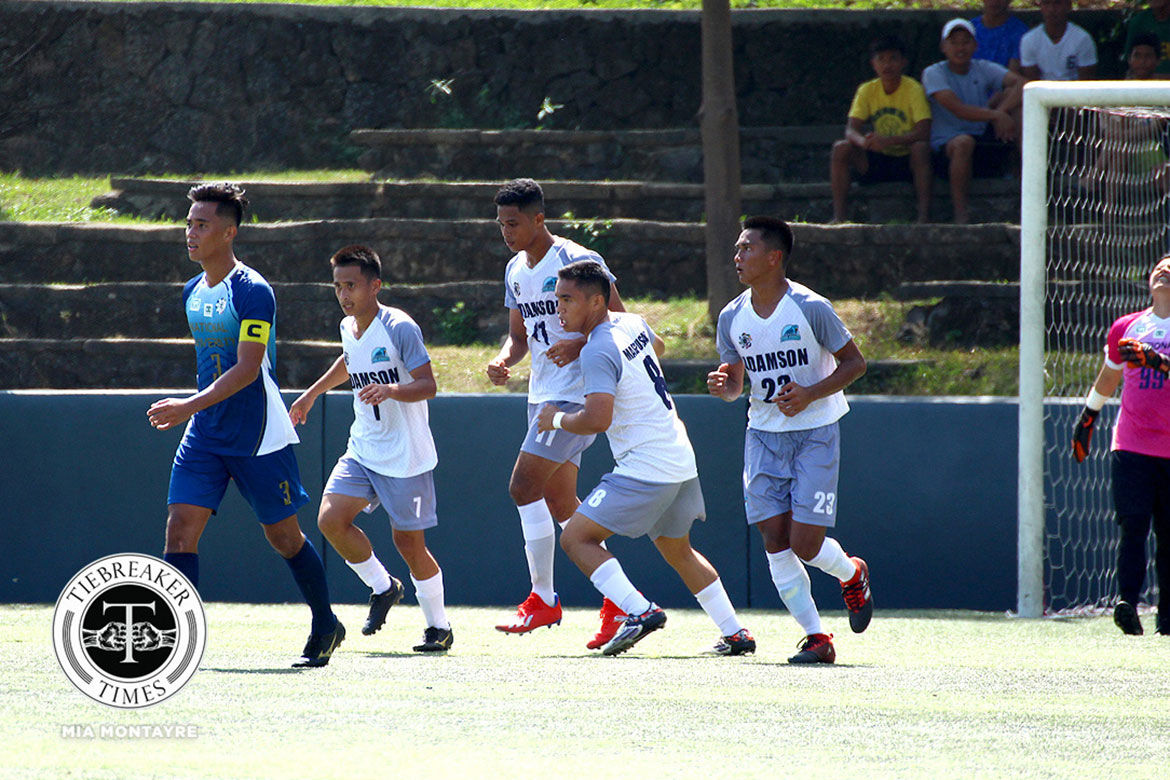 With a new coach on the sidelines, Adamson University commenced a new era in their football program full of zest and determination against one of the post-season contenders in the UAAP.

Arvin Soliman’s wards secured a 1-1 draw against the National University Bulldogs thanks to Jackson Ramos’ late spot-kick. They take home a well-earned point in both teams’ first assignment in the UAAP Season 81 Men’s Football Tournament at the Far Eastern University-Diliman field.

The Bulldogs looked to have snatched an opening day win when Mike Arbela slotted the ball home in the 79th minute of the contest. Just when it looked to be NU’s day, though, lady luck smiled on Adamson and handed the Soaring Falcons a lifeline six minutes later.

Referee Raymart Delos Santos spotted a handball infraction in the Bulldogs’ box and instantly pointed to the spot, much to the relief of the San Marcelino school. Ramos stepped up and calmly directed the ball past NU goalkeeper Christian Betanio for the leveler in the 86th minute.

The Soaring Falcons did not have it in themselves to go for a last-minute winner. Still, the stalemate was enough to ensure that they wouldn’t go back home empty-handed for all the hard work they put in the contest.

“The mindset of this team is talagang we are going to compete this season. They are pushing themselves during our training,” added Soliman. “Papunta namin ahead dito sa first game namin, and mind-setting namin is we get the three points. Unfortunately nakuha lang namin one point but that is a good start. We showed that we improved this season for UAAP 81.”

Both schools’ next assignment shall be against the University of Santo Tomas Booters. Adamson will face the Season 80 finalists on February 21, 2019, 9:00 AM at the Moro Lorenzo Field in Ateneo de Manila University. On the other hand, NU go up against the España school three days later at 3:00 PM in FEU-Diliman.