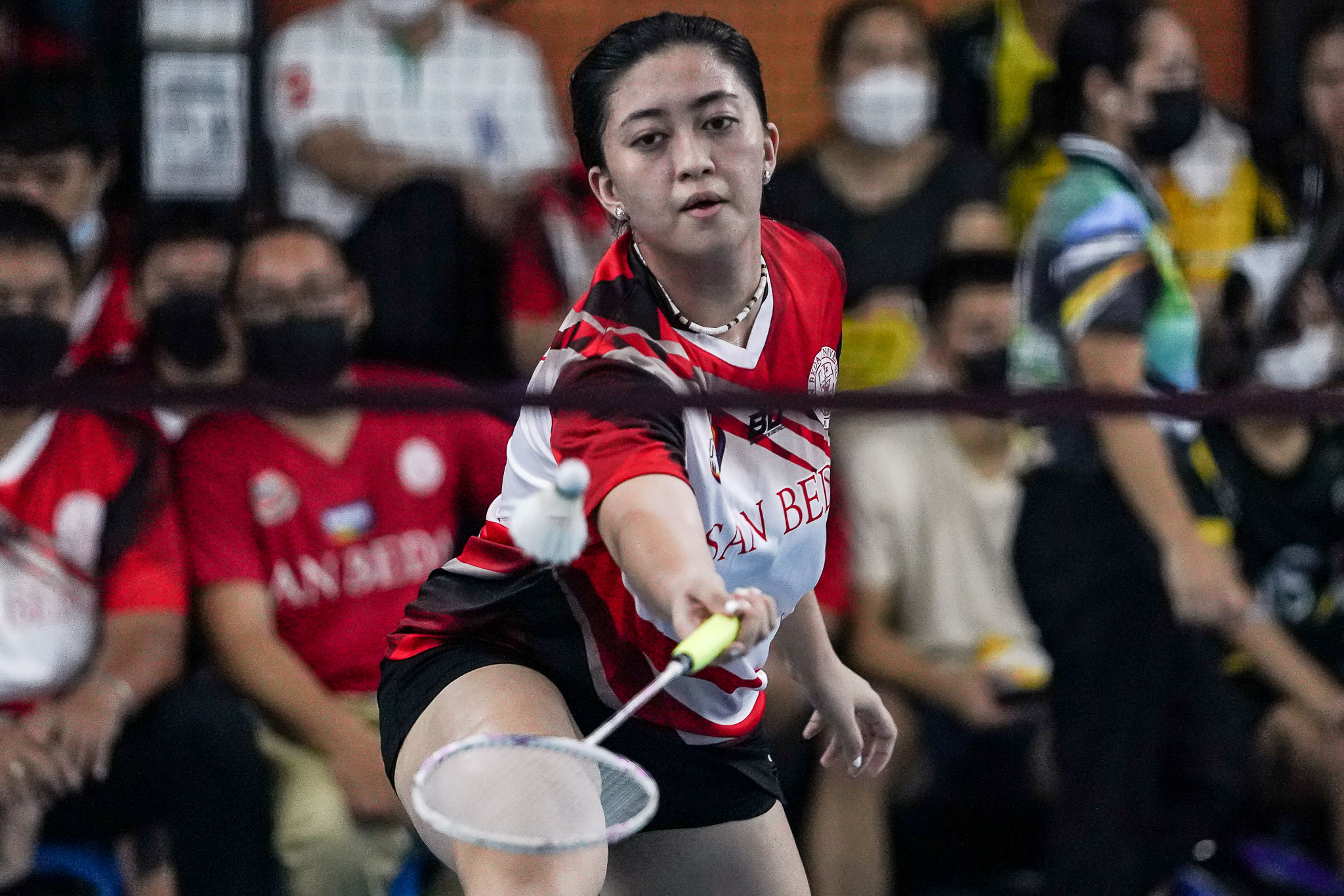 San Beda University and Polytechnic University of the Philippines trampled their respective foes with 5-0 sweeps to both go 2-0 in Group B of the 2022 SMART Philippine Intercollegiate Badminton Championships, Saturday afternoon at the Centro Athletico Badminton Courts in Quezon City.

The Red Lions and the Mighty Maroons will contest the group win and its consequent final berth on Sunday in their last group phase tie.

John Niel Panganiban and Anniena Cruz earlier sent the squad to a 2-0 match advantage after contrasting wins in the men’s and the women’s singles matches. Panganiban waylaid Louise Anton De Leon in a solid 21-4, 21-8 win, before Cruz needed to fend off Rafa Dacera in the first game for a 21-19, 21-10 win.

Dana Navarro and June Gimena overpowered Andrea Pajarillo and Jolina Miranda, 21-4, 21-4, in the women’s doubles match, and Ianah Belen and Kish Laboy completed the rout with a 21-9, 21-7 decision over Ada Alfonzo and Adrian Ong.

PUP, on the other hand, saw John Oliver De Guzman and Kevin Abang clinch its second straight win on a 21-10, 21-13 dominance over Technological University of the Philippines’ Allen Benamir and John Emmanuel Balgos in the men’s doubles match.

In the other group, University of the Philippines kept its unscathed record at 2-0 after another sweep, this time of Adamson University.

A win against University of Santo Tomas on Sunday will avoid any complications and will seal the Fighting Maroons’ place in the final.

Michael Clemente and Paul Gonzales sealed the deal for UP for the second straight time in the day. The Fighting Maroons tandem dominated Gabrielle Hernandez and Noel Ganoy in a heated battle despite the one-sided 21-15, 21-14 score line.

Ateneo de Manila University on the other hand kept its hopes alive after taking down morning session winner University of Santo Tomas, 4-1.

Blue Eagle Arthur Salvado made amends on the earlier defeat to UP, playing men’s singles this time and winning over UST’s Kyle Adiel Basilio, 21-13, 21-10, to set the tone for Ateneo.

Lynden Laborte and Bryan Bernardo also bounced back from their respective morning’s defeats, joining forces to take Ateneo’s first win of the tournament, 24-22, 21-15, over Francis Sarmiento and Lanz Ramirez in the men’s doubles match.

The final group phase matches are scheduled on Sunday at 8 a.m., while the championship tie is scheduled at 1 p.m. between the respective group winners.

The tournament is organized by the Philippine Badminton Association, powered by SMART Communications, and supported by the MVP Sports Foundation, Ducksports, Young, and Apacs.