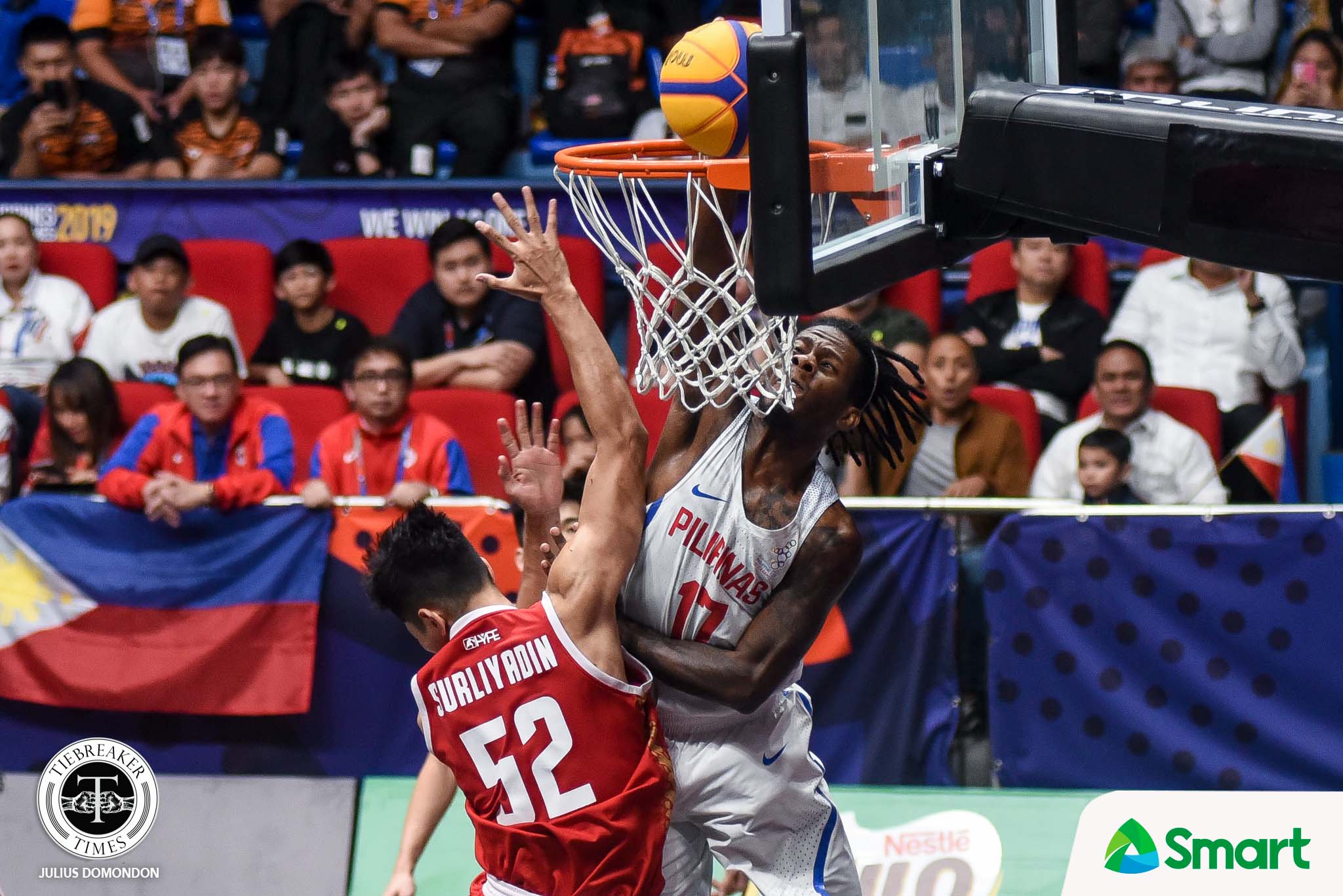 With a gold medal and an unbeaten campaign all on the line, CJ Perez went berserk for the Philippines.

The Columbian Dyip star carried the scoring cudgels in the 30th Southeast Asian Games Men’s 3×3 Basketball Finals on Monday night. Behind his wide offensive arsenal — coupled with a knack for playmaking — he could not be contained by Indonesia.

Scoring at will on any given possession, Perez churned out 10 points. He also single-handedly outscored the Indonesians in the lopsided 21-9 triumph.

And in the midst of his offensive barrage before a riveting home crowd inside the FilOil Flying V Centre, Perez caught a body. He slithered through the baseline and busted out a one-handed tomahawk jam that posterized Itun Surliyadin.

The product of Lyceum’s dunk was a testament to Gilas 3×3 Men’s dominance throughout the competition, where they emerged with a crown on one hand and an immaculate 8-0 slate on the other.

But more than anything, Perez feels honored to have given his fellow countrymen a glorious moment.