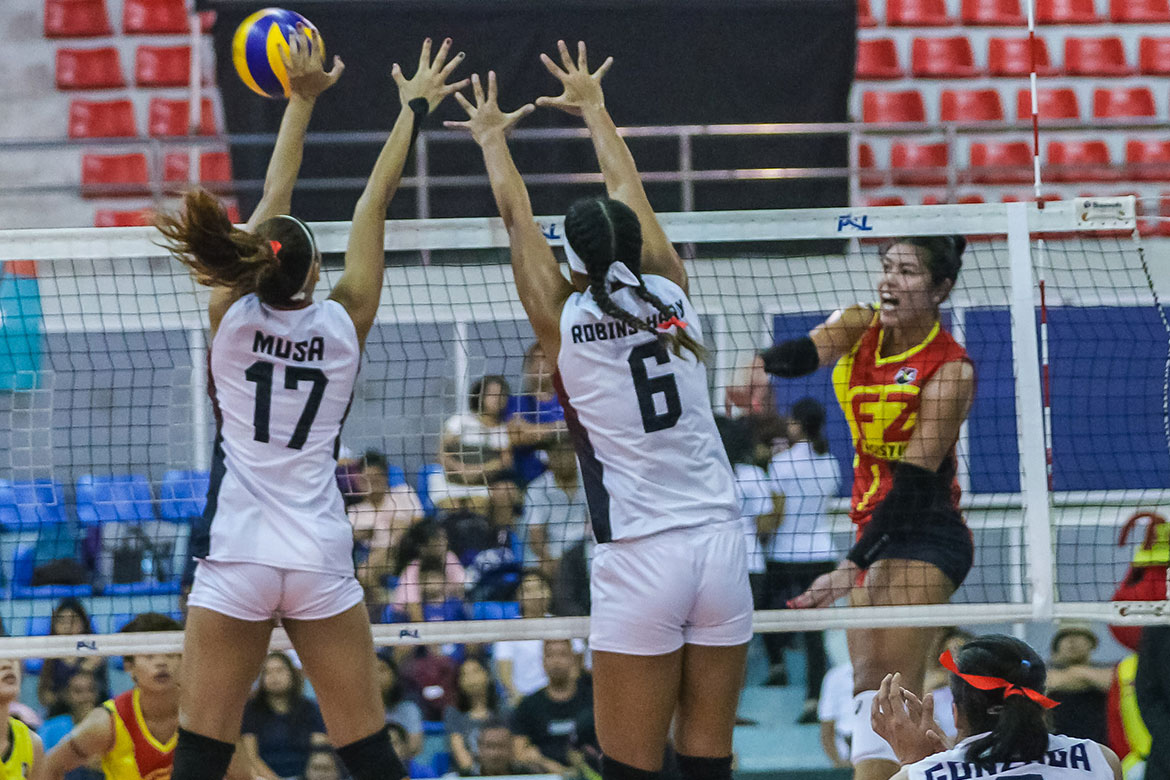 Kalei Mau had spent weeks away from the playing field due to a worn-out Achilles, but after she returned to action, she performed as if she’d never left.

“The mindset is actually not to even focus so much on my foot, and just focus on my game. If I tell myself that I got to play, that I’m a hundred percent, I’m going to play hundred-percent,” Mau bared.

“I can’t have no pity for myself. I can’t say, ‘Ouch, ouch’ because there’s nowhere else I want to be but on that court.”

Following a team-high 12-point outing against Sta. Lucia two days ago, the Fil-Hawaiian sensation again looked every inch the ace hitter of the F2 Logistics Cargo Movers on Tuesday evening.

In the face of the dangerous Cignal HD Spikers, Mau exploded for 23 points built on 21 attacks, a kill block, and an ace. She led all scorers in the knockout semifinals of the 2019 PSL Invitationals’ Cup. She also shouldered a bulk of the defensive duties with 24 excellent digs.

But though the national team stalwart churned out a massive production for F2 Logistics, head coach Ramil De Jesus pointed out that his prized outside hitter still has a few rough edges to her game while playing alongside Kim Fajardo and the rest of the Cargo Movers.

The 6-foot-2 outside hitter acknowledged her mentor’s comments. She mentioned that her role in De Jesus’ system has been a work in progress ever since she returned to the fold.

“You know, I’m kind of getting back in the groove. Kim and I, we had a little burst of our good connection that we finished with last season. But granted, I haven’t really had a full practice with my team yet, [so] hats off to my girls,” she expressed.

“They took a lot of load off of me knowing that I’m coming off injury prevention.”

Still, De Jesus believes that Mau’s resolve and willingness to carry the cudgels and deliver in the clutch has remained the same even after weeks of layoff.

Long wait worth it for Stevenson Tiu