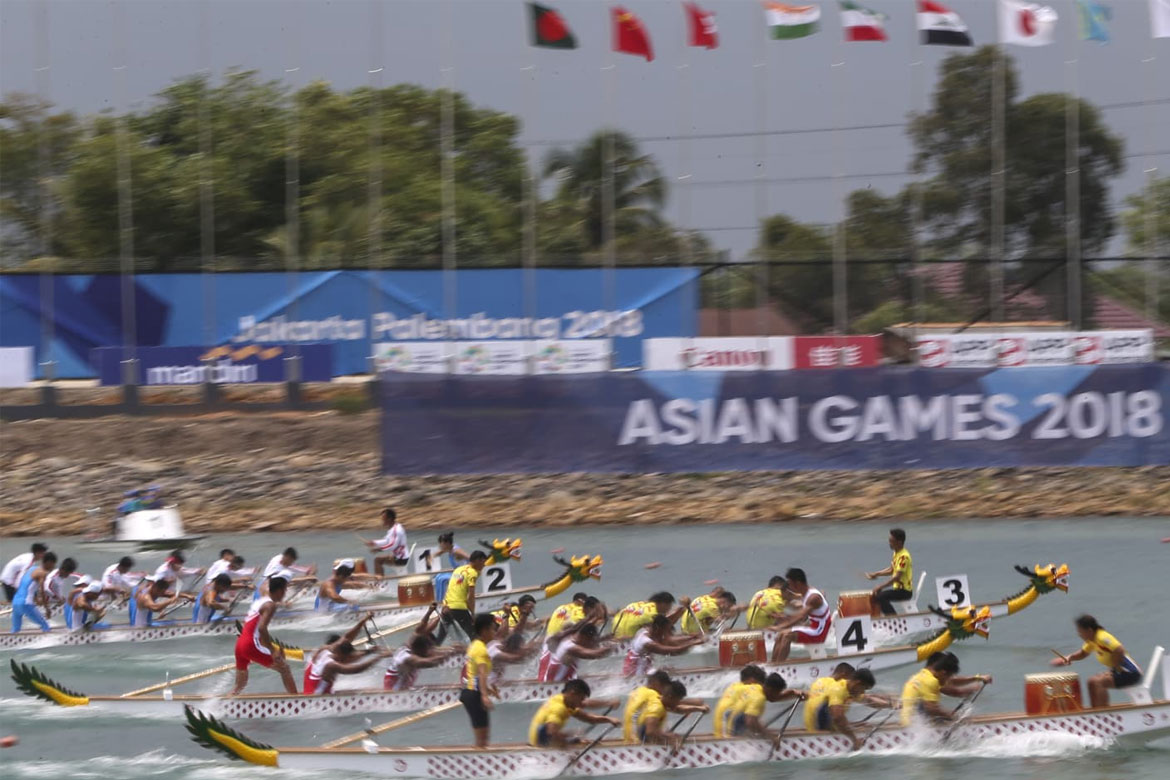 The Philippines men’s team was thrown off its rhythm by a false start and wound up fifth in the 200-meter finals of the 18th Asian Games dragon boat racing at the Jakabaring Canoeing and Rowing Regatta Course in Palembang on Saturday.

With their adrenaline pumping at full throttle, the Filipino paddlers surged ahead early of the six-team field, only to be recalled back to the starting line when host Indonesia took off prematurely, losing whatever momentum they might have had in the process.

In the re-start, the Nationals lost steam and checked in fifth in 53.360 seconds.

China won the gold in 50.832, relegating neighboring rival Chinese-Taipei (51.358) to silver and Thailand (52.622) to the bronze at the world-class facility within Jakarbaring Sports City.

The Indonesians, who also belatedly changed the boats that were used in the races, placed fourth (53.60) in what seemed like poetic justice. Myanmar, which dominated the Asian championships in Taiwan last April, struggled in sixth place (55.070).

“It is unusual for the host to make a false start in a race like this,” Philippine Canoe Kayak Dragon Boat Federation president Jonne Go noted wryly, of the mistake by the hosts. “Malaking bagay yu’ng false start because our boys were all set to go only to be told ‘you have to go back again’.”

Go did point out that landing in the finals was an accomplishment in itself for the Filipino paddlers, who were all making their Asian Games debut and were able to hold their own among the big fish in the region.

“To reach the finals is a big achievement for us considering that we are seeing action in the Asian Games for the first time, so I am happy for our boys,” added the PCKF chief of the young squad, whose ages are between 19 to 23 years old.

The Pinoy paddlers had to do it the hard way to reach the finals, placing fourth in their opening race, and were forced to go through the repechage to advance to the medal round.

They started out strong and even held an early lead after 20 meters, but couldn’t sustain the pace and eventually faded to fourth in the heat, clocking 53.125 seconds.

After easily topping their heat in the repechage (52.480) to make it to the semifinals, the PH squad needed one huge surge in the last 30 meters to place third in 52.494 seconds of the second semifinal heat to scramble into the finals.

The Filipinas also went through the repechage round, bowed out after placing fourth in their semifinal heat in 59.23 seconds, as only the top three squads from each semis race advance to the medal round.

Both men and women’s squads return to the man-made Jakabaring Lake on Sunday for the 500-meter races. 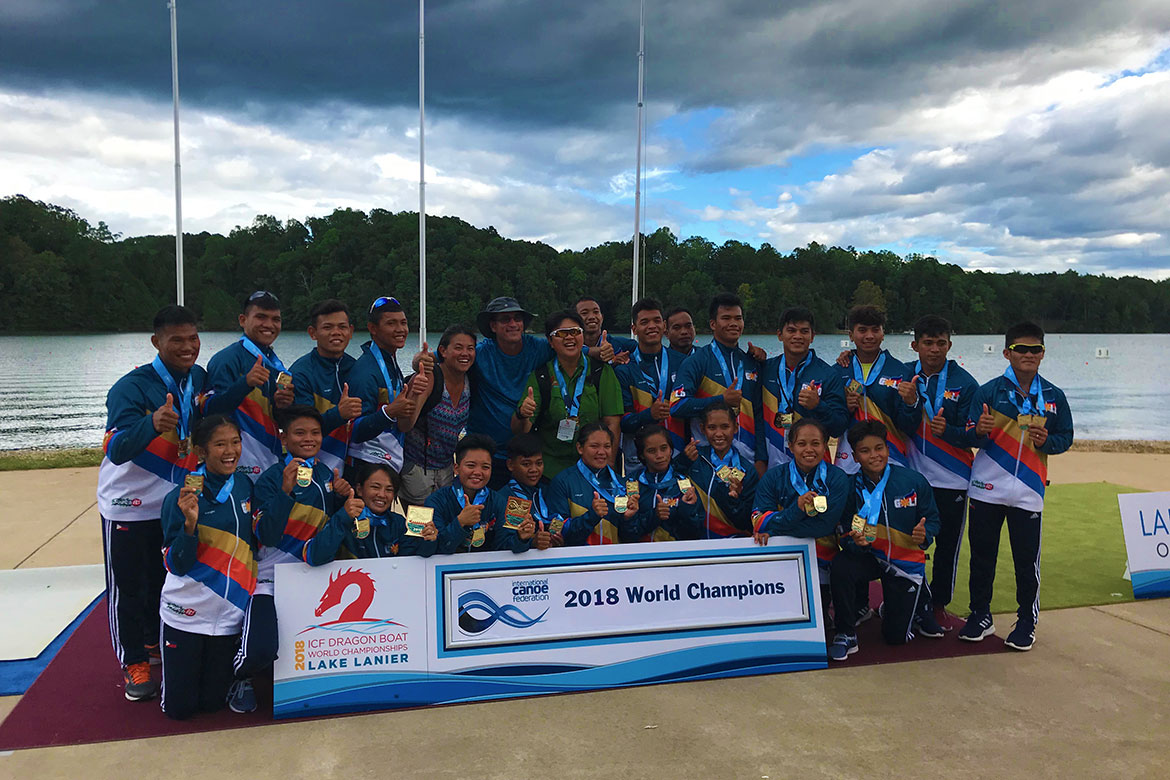 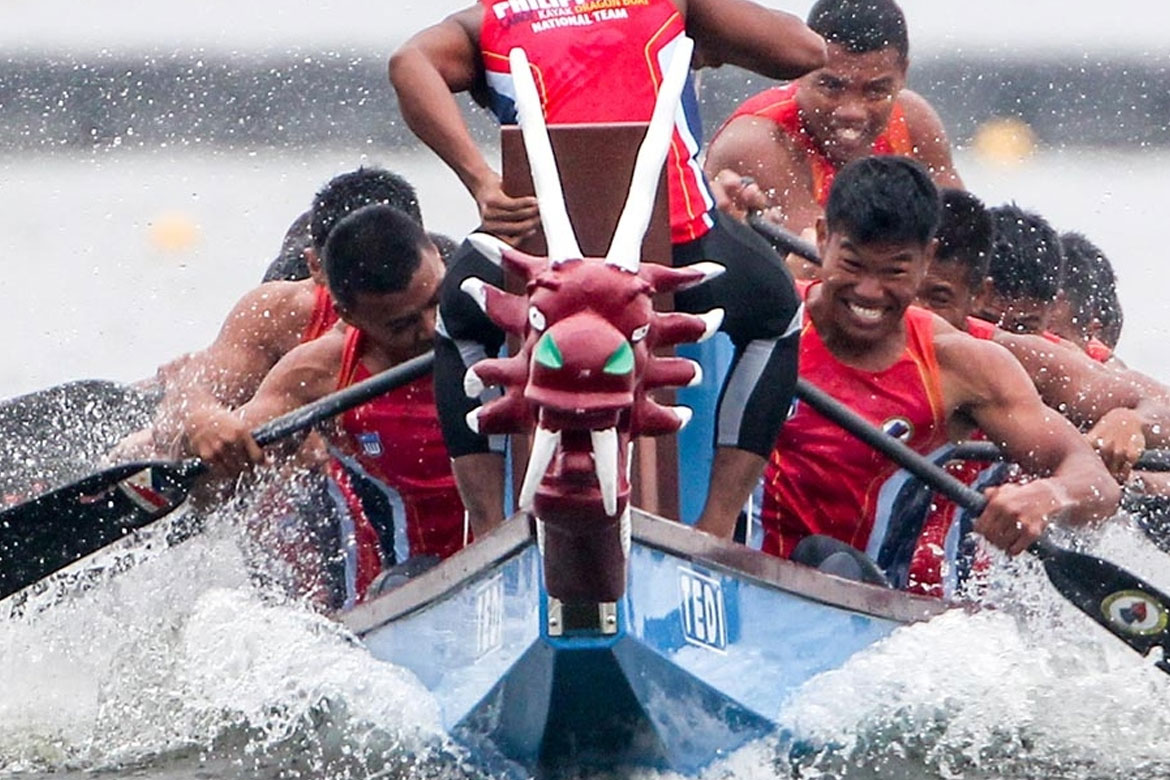 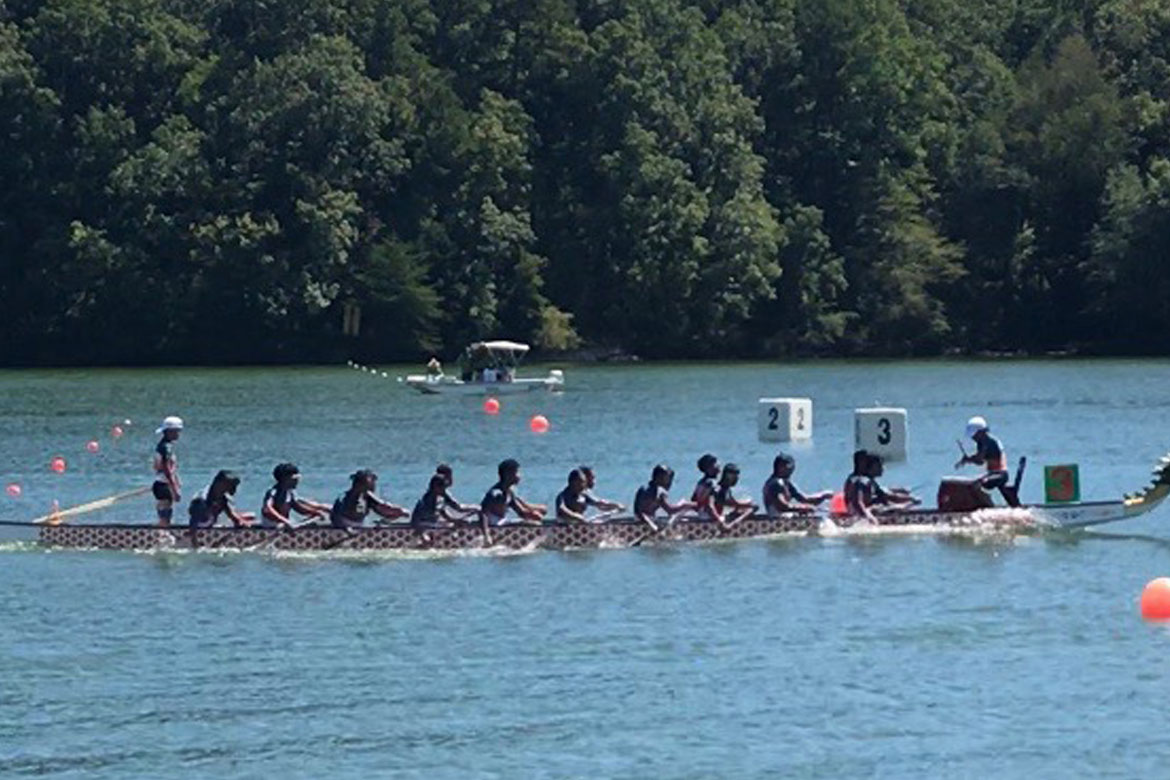 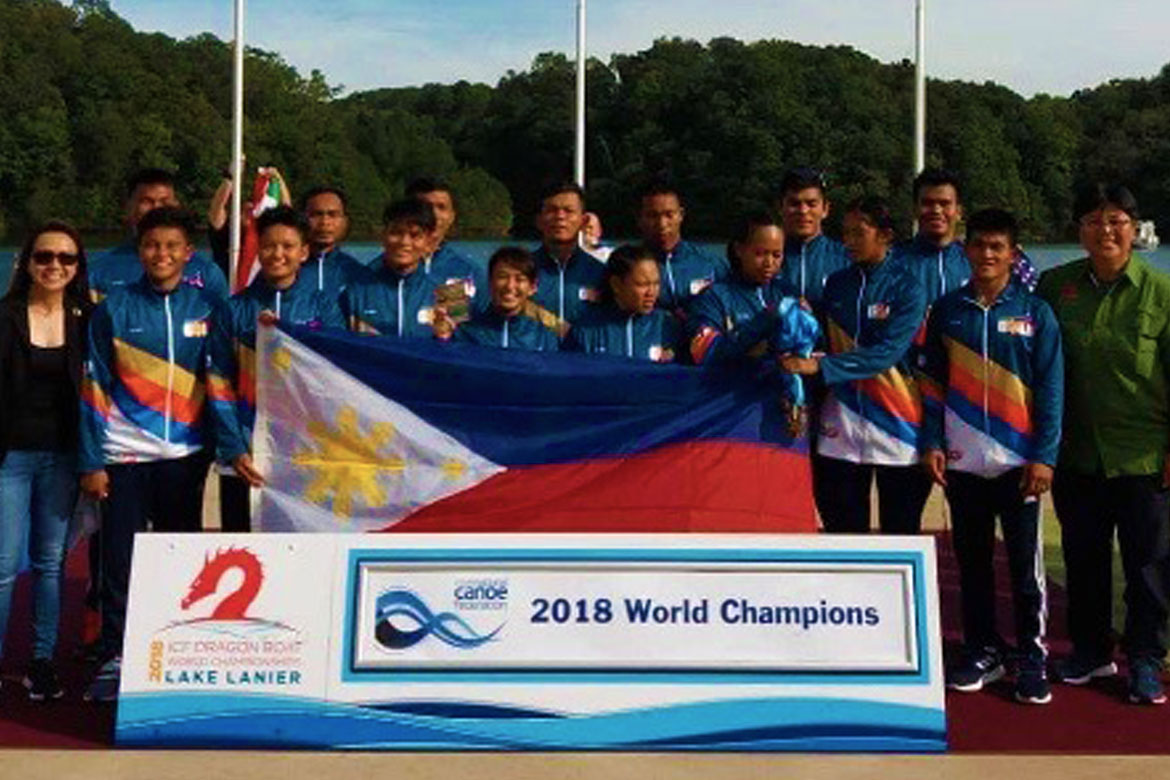 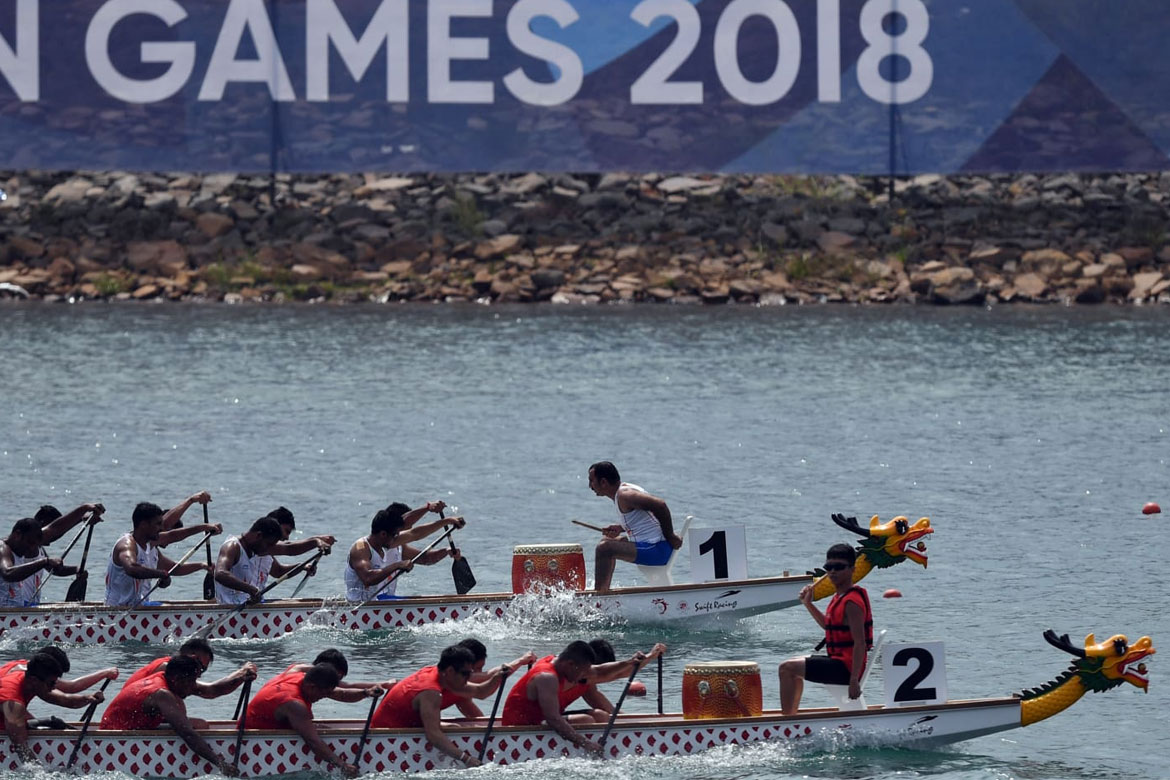 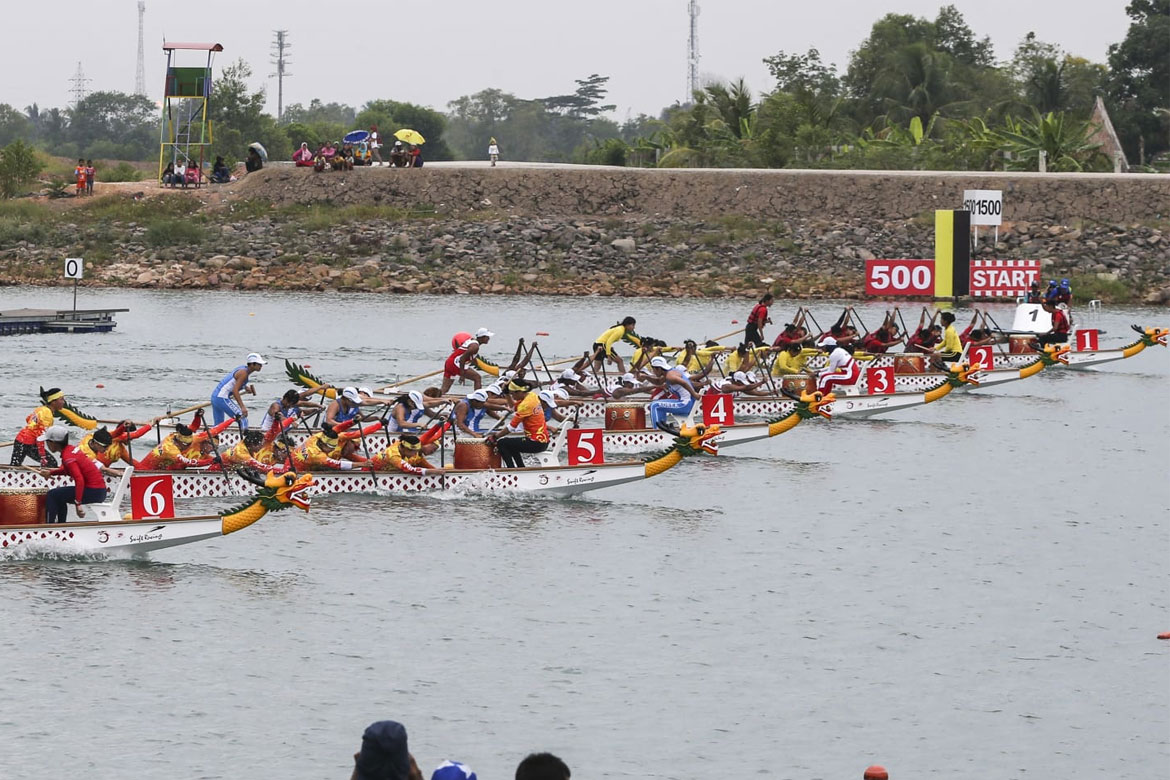 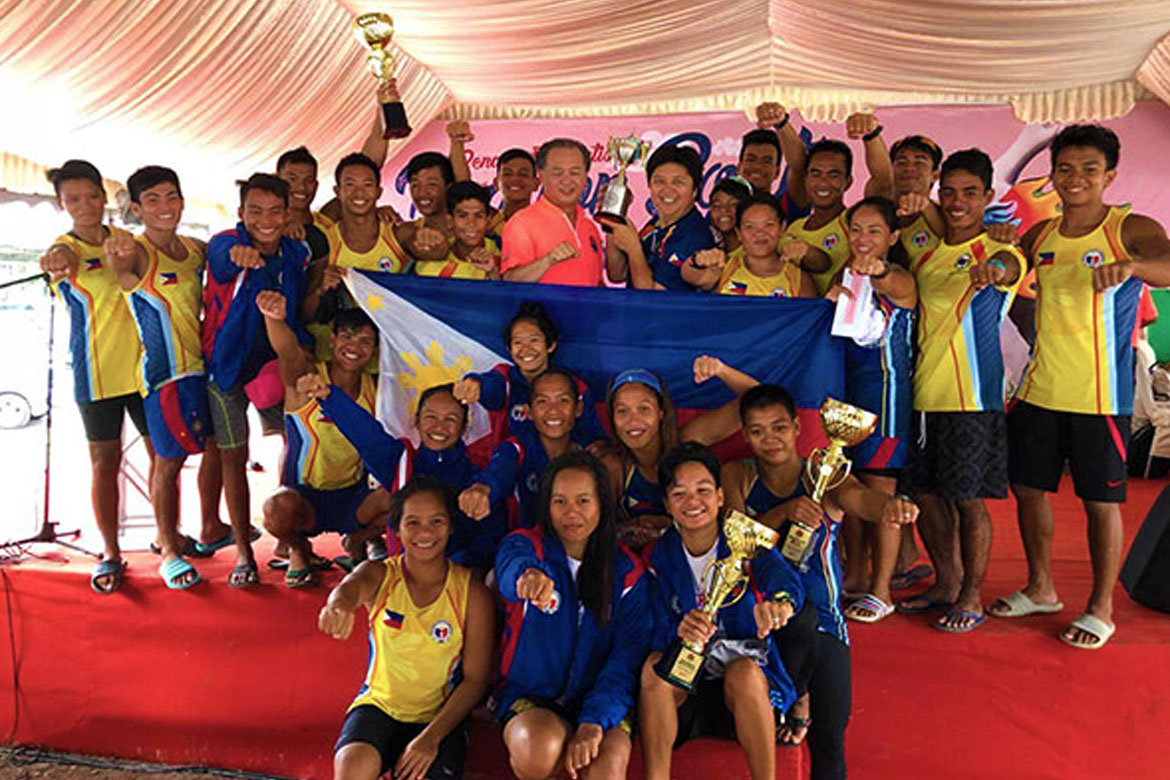