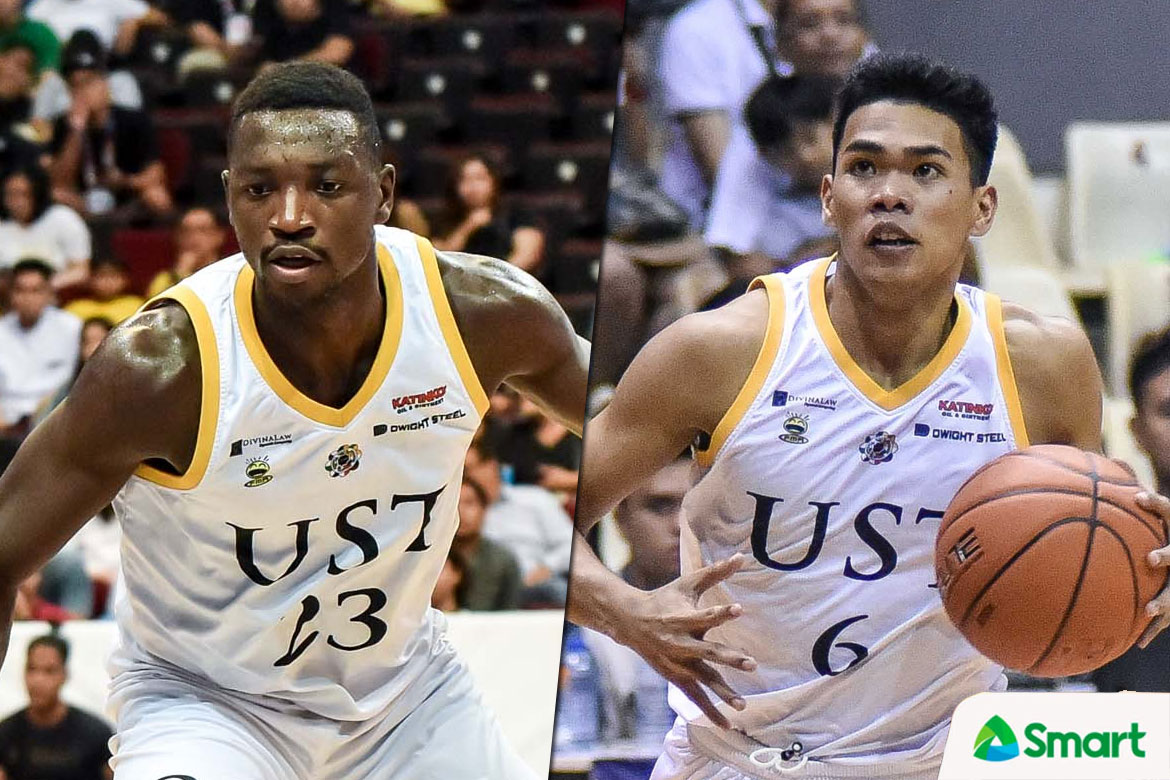 Soulemane Chabi Yo and Mark Nonoy are almost a lock to win the UAAP Season 82 Men’s Basketball MVP and Rookie of the Year plums, respectively.

Based on Tiebreaker Times’ unofficial statistical point race, Chabi Yo is miles ahead of the competition, tallying 76 statistical points. In comparison, his closest competitors are Angelo Kouame (72.93), Bright Akhuetie (67.57), and Kobe Paras (63.33).

On the other hand, Nonoy will be the runaway top freshman with 39.28 SPs. His closest competition was fellow Growling Tiger Sherwin Concepcion, who has 33.71.

And second-year Growling Tigers head coach Aldin Ayo shared that the success of the two is a testament to the program he is building.

However, all this will go for naught if the Growling Tigers lose to Far Eastern University during their knockout game on Wednesday at the SMART Araneta Coliseum.

To prepare the team, Ayo and his staff brought his team to Pradera Verde in Pampanga to clear the minds of his players heading into their big game.

“Of course, we are preparing for that.

“We had eight to ten days to prepare. Nagpahinga kami, nag-regroup kami after nung elims. Nag-focus kami sa FEU for preparation. We are just going to do our best. I believe na walang may advantage. Coin flip ito. Mag-dedepende na lang sa laro ito,” he said.

Despite their even slate against one another, Ayo has nothing out of the ordinary planned against the Tamaraws. He just wants to see UST be relentless on both ends of the court — just as it has done all season long.

“We are just going to play our game. Nothing specific. Ang gusto lang namin na malaro yung laro namin. Aside from that, naka-depende ‘yung team sa individuals eh. If they play well and execute the game plan, we have a chance to win tomorrow.”