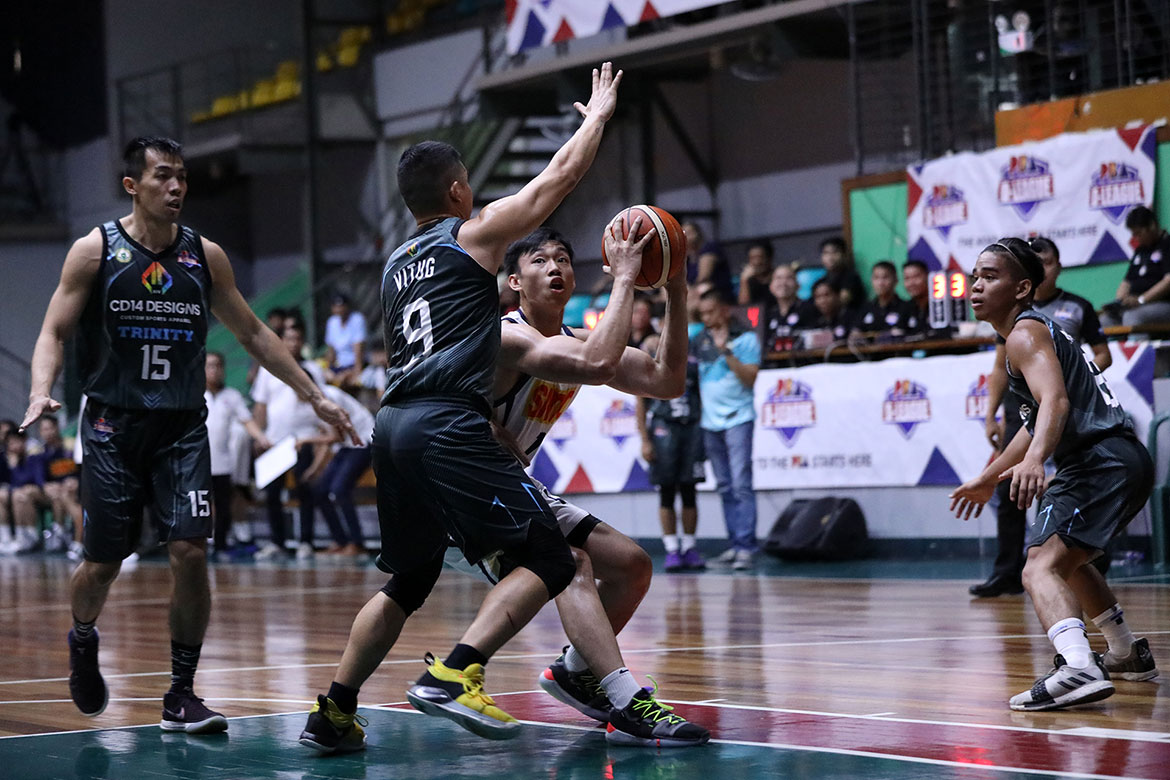 John Lloyd Clemente triggered the Bulldogs’ 29-11 start as he scored 12 in the first half to finish with 18 points and three rebounds.

Dave Ildefonso joined in the party for SMDC-NU with 10 of his 18 points coming in the third frame, alongside his seven rebounds, as brother Shaun squeezed in 17 points and nine boards.

It was the Bulldogs’ first win in six tries and kept them in the running for the top four in the Foundation Group.

And that just brings a smile to coach Jamike Jarin’s face.

“In the first three games, rather than developing, we’re more regressing. But we got ourselves together in the past games and you could see the talent and the upside of this team. Hopefully by us joining the D-League, it will be beneficial for us in the long run,” he said.

Kimley Medina led the White Stallions with 16 points and four rebounds, while Michael Canete got 14 points, seven boards, and seven blocks in the defeat.

The loss took CD14 Designs-Trinity (0-6) out of the race for the top four spots in its group.