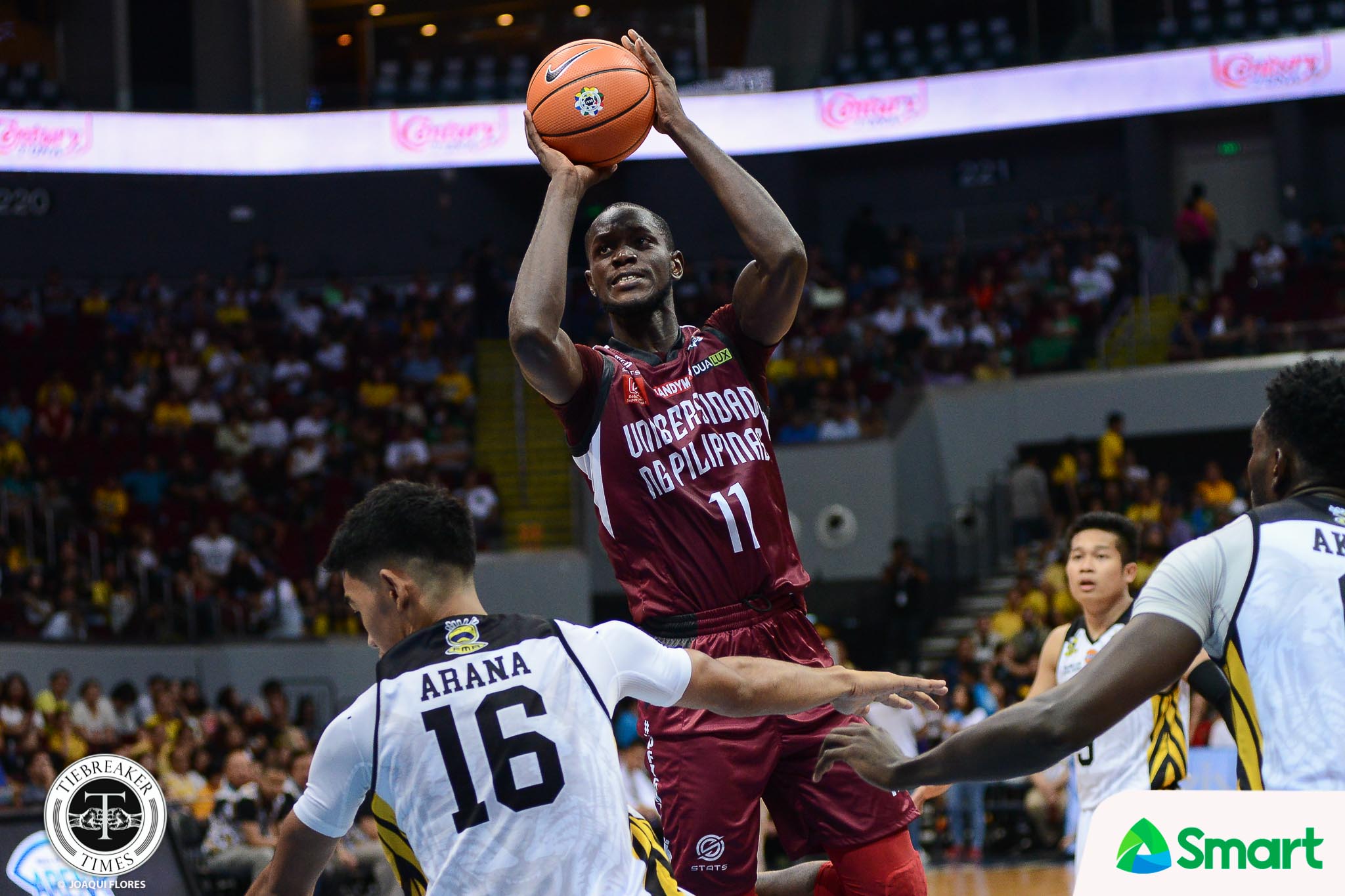 The days leading up to UP Fighting Maroon Ibrahim Ouattara’s UAAP debut have been a whirlwind of emotions due to his eligibility issues.

But after all the fuss, he finally saw action to the delight of the UP faithful.

“It was really, really stressful for me. I almost lost hope.” the Mali-born center said. “I thank a lot the UP community, the alumni for a good job for making me able to play.

Ouattara may have been in foul trouble in his UAAP debut against the UST Growling Tigers but he did get the job done by grabbing eight rebounds and was 2-for-2 from the field for four markers.

“For a first game, we got the win, but personally I think I need to do better than that. My team needs me,” Ouattara shared after UP’s 74-73 win.

In the grander scheme of things, allowing Ouattara to play this season after doing just one year of residency means it is a green light for Bright Akhuetie to suit up for the next season. It seems now that Ouattara is just warming the seat for Akhuetie.

But the selfless 23-year-old doesn’t mind being the stop-gap for the Fighting Maroons.

“I feel that whether it’s [going to be] me or Bright [for next season], it is still for the good of UP, right?

“So I don’t feel that [threatened]. The coaches know what they are doing and they will make the right decision. And of course everyone knows that Bright is a great player naman,” the 6-foot-9 expressed.

Whether Ouattara is the main man or the buffer guy, he assured that he will do his best to bring basketball glory for UP.

“I have been working hard to be a part of the team, the community still found a way to make it happen, I can’t ask for more. I’m really thankful.”

Angela Lee on ‘dangerous’ Denice Zamboanga: ‘I won’t be underestimating her’