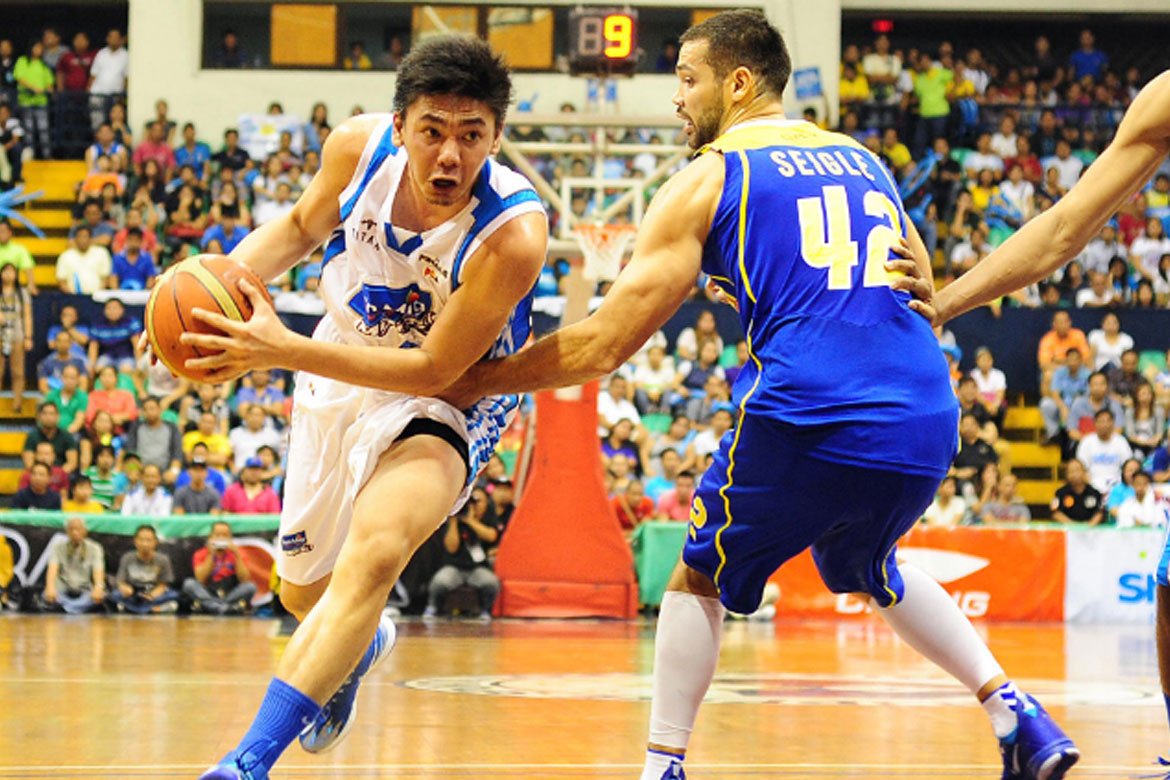 Ian Sangalang wasted no time proving his worth the moment he entered the PBA in 2013.

“He made big shots as a rookie. He came in and was fearless,” added the two-time Grand Slam coach of the Mixers’ second overall pick and 2014 All-Rookie Team member.

After that Triple Crown triumph — which made them just the fourth team in league history to achieve the feat — the Mixers headed to South Korea as part of their preparations for the 2014-15 season.

And Cone couldn’t forget Sangalang’s impressive performances against Korean teams, which further convinced him that the Pampanga-native could soon be the star of his team.

“You guys remember when we went to Korea after the Grand Slam year? And how well Ian played in the preseason? He was destroying the Korean teams,” the American mentor recalled.

“He was destroying teams. So he was taking that next step and we were really thinking he was gonna be our star going into that second year, that post-Grand Slam year.”

Hopes were indeed high for the team coming into the new season, where it carried the Purefoods Star Hotshots banner. All eyes were on the squad on how would it fare after making history.

The 6-foot-7 Sangalang suffered an injury late in the third quarter of their season opener versus Alaska. He landed awkwardly on Aces big man Sam Eman following a battle for the rebound.

A scan then bared that he had sustained a partial tear on the anterior cruciate ligament and meniscus of his right knee. And that abruptly ended what could have been a solid sophomore year for him.

“And then he tore his ACL, which was devastating to us all,” Cone sadly remembered.

For Cone, Sangalang’s injury was the reason why Purefoods was unable to defend any of its championships from the Grand Slam. The Hotshots never even made it to the Finals.

“I thought everybody gave us a hard time because we didn’t defend any of our championships the next year following the Grand Slam,” said Cone, who won a total of five titles with Purefoods.

“And I think a big, huge part of that was that we didn’t have Ian anymore.”

Cone added that Sangalang’s absence also stalled the team’s development into the kind of team he envisioned.

“I thought that was the reason we weren’t quite the team we were. We didn’t develop like we should’ve into the next year,” said Cone, who came into the franchise in 2011.

“So I was hoping to keep that team intact, and then come back with Ian in 2016. And I thought we were gonna be competing for a lot of championships in 2016,” added Cone.

“But then the team got broken up,” added Cone, who was brought to Ginebra in 2015 before two-time MVP James Yap got traded to Rain or Shine in 2016 that began a new era for Purefoods.

Sangalang recovered from the injury, then returned to action in 2015. He has since become the Hotshots’ star big man — the way the PBA’s winningest mentor believed he would.

And he proved that he deserves such lofty billing when he helped the Hotshots win the 2018 Governors’ Cup crown at the expense of the Aces, ending the franchise’s four-year title drought.