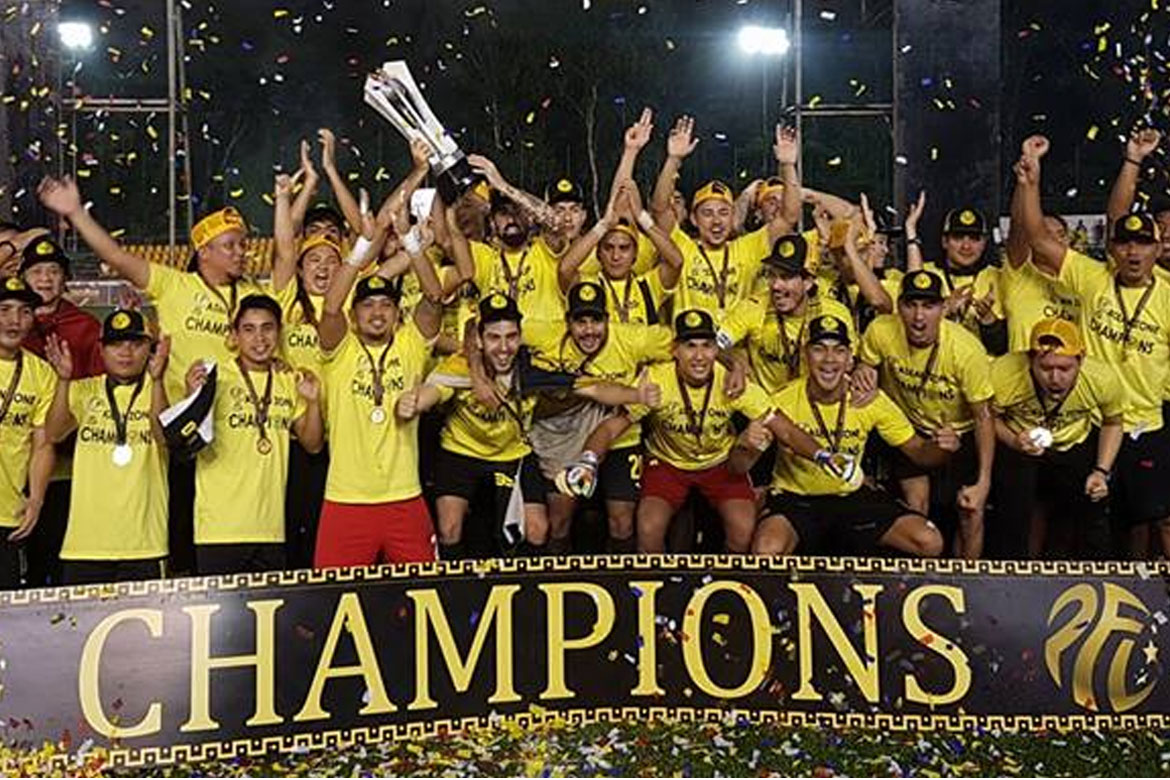 Ultimately, there was no other local team that deserved to be crowned the 2017 Philippines Football League champions more than Ceres Negros Football Club.

Months after being crowned as the best ASEAN team in the 2017 AFC Cup, Ceres seized the 2017 PFL title with a 4-1 victory over Visayas rivals Global Cebu at the Panaad Stadium in Bacolod.

Ceres’ championship was as good as sealed right from the get-go, as the Busmen commanded a 3-0 lead by halftime. Iain Ramsay was a force to be reckoned with as he had a hand in all three Negros goals.

Ramsay spotted an expectant Bienvenido Marañon in the Global box, and the latter calmly put the ball past opposing goalie Patrick Deyto to give Ceres a 1-0 lead after just four minutes.

Global tried to retaliate soon enough, and should have scored at least once when Rufo Sanchez was denied by the crossbar and Pika Minegishi’s free kick was saved by Ceres goalie Roland Muller.

Global’s failure to put the ball at the back of the net cost them dearly. A swift counterattack allowed Ramsay to get his first goal in the 20th minute, and the Filipino-Australian made good use of a Junior Muñoz pass to triple Ceres’ lead seven minutes later.

The title was already a formality for Ceres at halftime. Risto Vidakovic and his men were 45 minutes away from sweet redemption, as they had failed to win the 2016 United Football League and 2016 UFL Cup — both won by Global.

Ceres’ icing on the cake came in the 61st minute when Ramsay got his hattrick goal following another clever play by the Busmen. With the result done and dusted, Global got themselves a consolation goal two minutes from time thanks to Darryl Roberts.

READ  After years of service, Blu Girls' Garie Blando sets sight on being a doctor

Come the final whistle, Ceres proved to be worthy 4-1 victors over a defensively-suspect Global to be the first PFL winners.