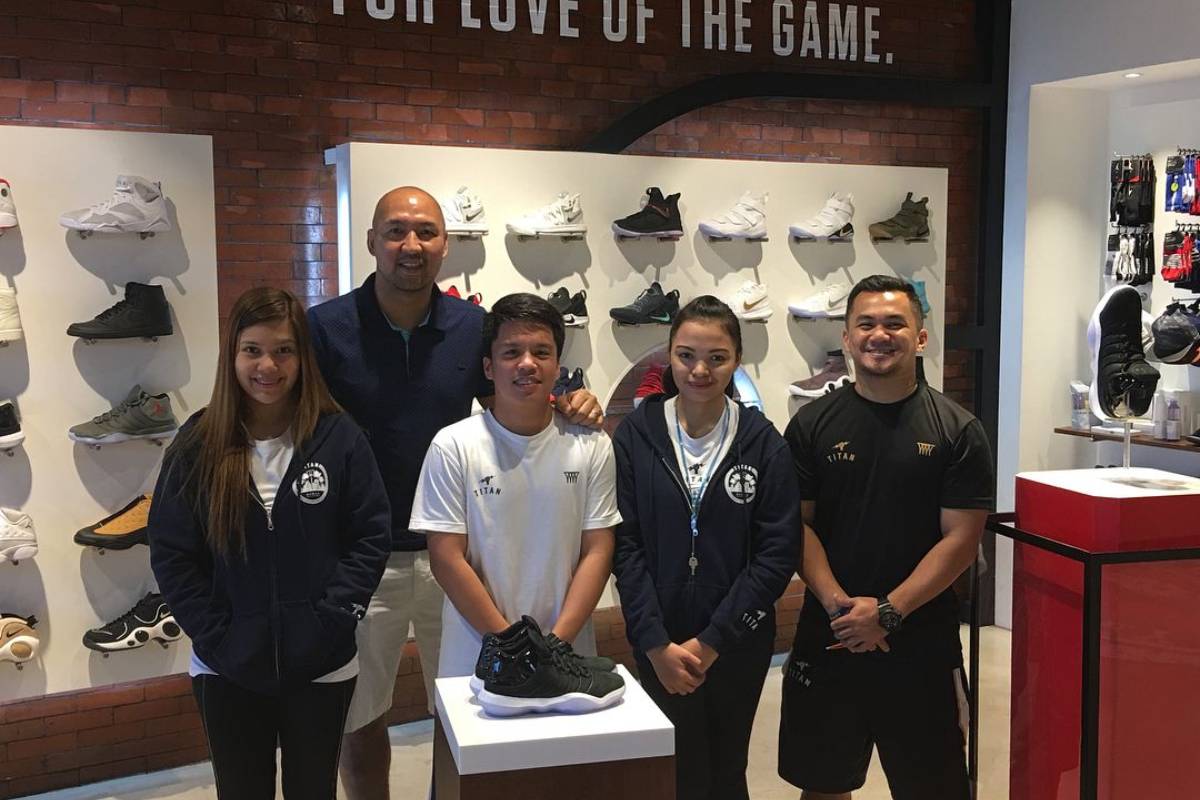 Good relationships can take you far.

That is something Coach Jeff Cariaso has believed in ever since. And he points out as much whenever somebody asks him regarding Titan, a brand that has undeniably become influential within the local basketball landscape.

“When people ask me about it, I always say that relationship is still the number one aspect on how things can develop for you in the future,” he said in a recent episode of Tiebreaker Vodcasts’ Coaches Unfiltered, presented by SMART.

Cariaso is among the proud co-founders of Titanomachy, Inc., which owns and operates Titan, the first and only basketball specialty concept store in the Philippines. And it all started with the vision of CEO Dennis Tan.

Tan is someone Cariaso has known for so long, going back to his PBA heydays. He was a Nike athlete then, and so he established a solid connection with Tan, who was among the bosses of the Swoosh brand in the country.

“He used to work for Nike and because I was a Nike athlete, we built a good relationship with each other. And I was the type of player that made sure that my relationship with Nike in itself was close,” the 48-year-old recalled.

And then one day, Cariaso said, Tan came up to him and told him about having a store dedicated just to basketball, which, at that time, was nowhere to be found anywhere here. Thus, the founding of Titan in 2010.

“Think about it. There’s never really been just a store dedicated just for basketball as much as basketball has been so popular and so loved by the Philippines,” said the Alaska chief mentor.

“We always say in every corner of the Philippines there’s always a basket, maybe a basket that’s made up of wire or wood. But there’s never been a store dedicated just for shoes for basketball and that’s where the concept came up.”

A decade later, with six stores across the North and South and e-commerce, Titan has indeed become bigger than what Cariaso and Co, had envisioned, with an indelible imprint in the Filipino sneaker culture.

“Did I know it’s gonna lead to where we are now? Of course not!”

However, Titan isn’t simply a store-cum-barber shop anymore. It has set up the Titan Basketball Academy as well as the Titan Management Group, which manages rising hoops stars such as PBA scoring champ CJ Perez.

It has also ventured into media, being the publisher of SLAM Philippines.

“So, when you focus on the development of the sport, community, relationships and supporting kids, girls and boys, in their love for basketball, coaches as well, then the business part is easy.

For Cariaso, such expansion — or better yet, such growth of imperial proportions — is all because Titan has not forgotten the reason why he, Tan, and their group of partners began 11 years ago.

“We’d never forgot that young 13, 14-year-old who just love basketball that’s going in the store with his dad and, you know, ‘Dad I wanna be able to get a pair of shoes,’ and we want to make sure it’s accessible and it’s easy for him.