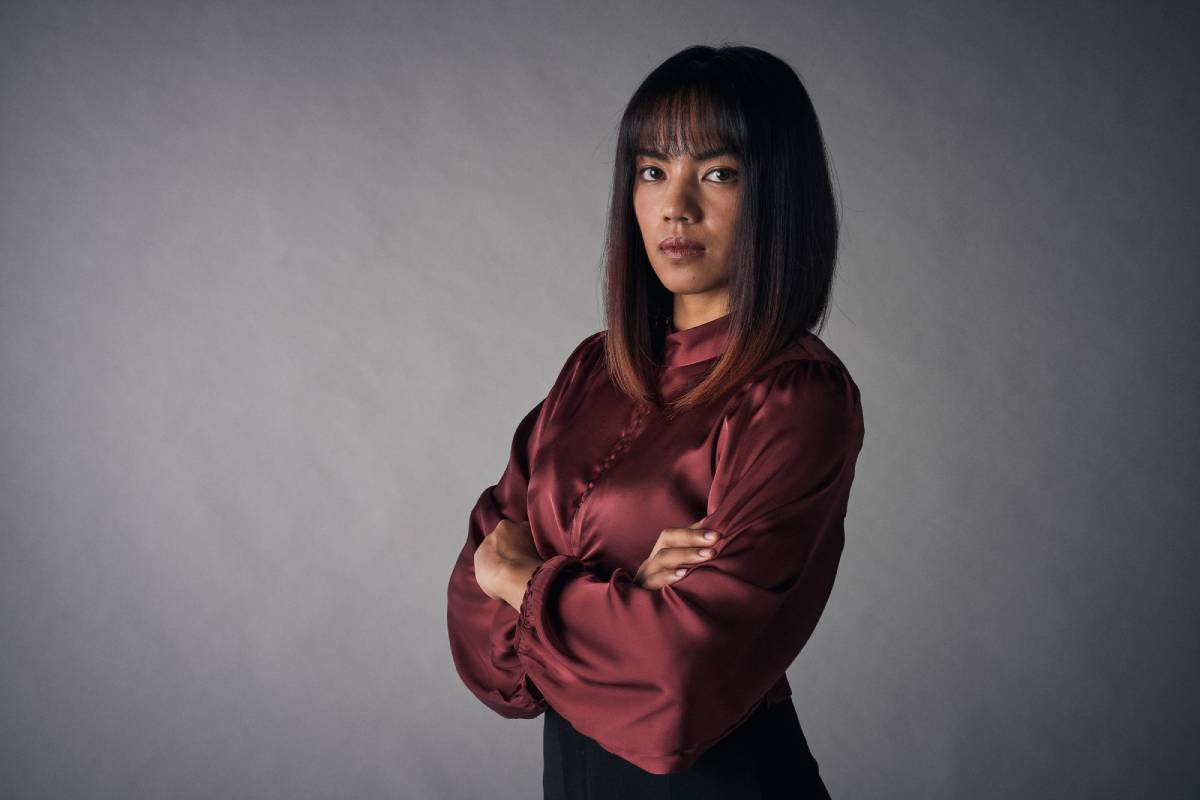 Lara Pearl Alvarez has been fighting for a better life not only for herself, but for her family as well.

So when “The Apprentice: ONE Championship Edition” airs on March 18, expect Alvarez to pack the same mentality that has propelled her to great heights.

“Filipinos are known to be courageous,” she said.

“In the past, we fought for our rights and our freedom and it continues up to the present time. Every Filipino is fighting for something — their life, their dreams, and their family.”

For the 24-year-old, that fight and grit are exactly what will make her stand out against the 15 other candidates vying for a US$250,000 job offer to be ONE Chairman CEO Chatri Sityodtong’s apprentice.

“That is what I will be for this show, I will be a fighter,” she said.

“I believe that the more you sacrifice, the more you’ll give what is beyond your limit. Of all candidates, I think I made the biggest sacrifice.”

She certainly knows all about sacrifices, particularly because she has a son at home. Aside from being away from her toddler, she has also spent everything she earned to prepare for the show.

“I left a 10-month-old boy who needed me the most at such a tender age. I spent what’s left from my savings for my preparations for the show. All of that is for the chance to change my life. I think I have a bigger reason for this competition, and that is my edge,” she said.

With everything she’s been through, she doesn’t expect any challenges to break her. She might fall, and she might struggle, but she vows to keep standing back up.

“I want to be that person who people can relate to and I don’t want to fake it. I am imperfect, yes, but I always strive to be better,” Alvarez said.

“I look at my mistakes as experiences to become a better person. I always get up and fight back when life brings me down.”

In the meantime, catch the previously recorded ONE: FISTS OF FURY III on Friday, March 19, on One Sports and One Sports+ at 8:30 p.m. Philippine Standard Time (PHT). It will also air simultaneously on the ONE Super App.

Read More From The Apprentice: ONE Championship Edition:

After Beating Cancer, Louie Sangalang Ready For Anything On ‘ The Apprentice’

Premier Date And Candidates Revealed For ‘The Apprentice’


In this article:Apprentice: ONE Championship, Lara Pearl Alvarez, Team Lakay