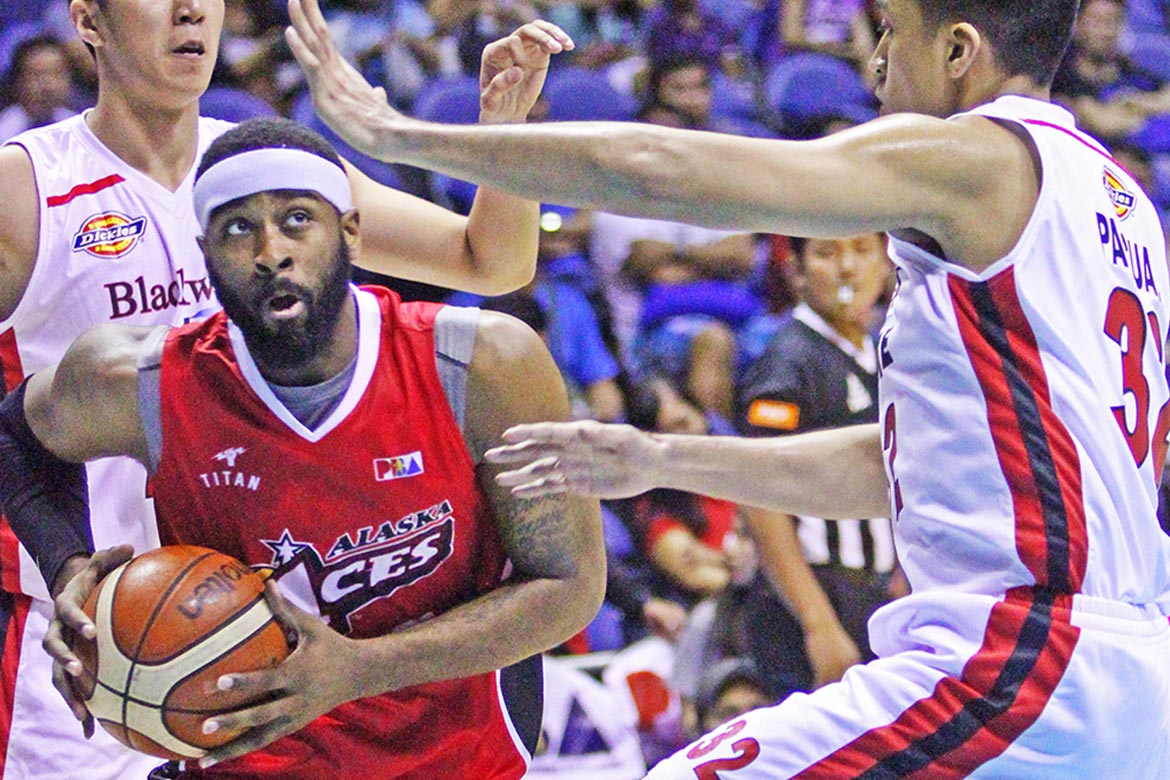 After a disappointing start to their 2016 Governor’s Cup campaign, last year’s bridesmaid finishers Alaska Aces finally made a statement 107-87 win over the Blackwater Elite Sunday evening at the Smart Araneta Coliseum.

With the win, Alaska is half a game back from the eighth and final playoff spot with three games remaining.

Ladontae Henton had 33 points and had a field night offensively with 14-of-21 from the floor, eight boards, and three assists. Kevin Racal added 12 off the bench, on a perfect 4/4 clip from the 3-point territory.

“Obviously, malaking bagay na wala si Dawson,” said coach Alex Compton. “We just lost to San Miguel without their import so you’d think you’ll be happy and things will be easy but it’s not how coaches think.”

The close first quarter was the lone stretch of the game that was tightly-contested. Alaska opened the floodgates by outscoring the Elite by eight and ten in the middle two quarters that was sufficient for the win.

Compton admitted that he’s very pleased with this kind of win but shared that it’s a new feeling to have a losing record.

“It’s nice to be back on the winning column. We’re not used to be in this position. New perspective from us,” he added.

Art Dela Cruz led Blackwater with 23 and five boards in the defeat. Carlo Lastimosa chipped in 18.

Alaska dominated the statistical battle starting with only 16 turnovers compared to Blackwater’s 23. The Aces 18 offensive boards also led to a striking 22-9 disparity in second chance scoring.

READ  No excuses for Compton, Alaska after sixth straight loss