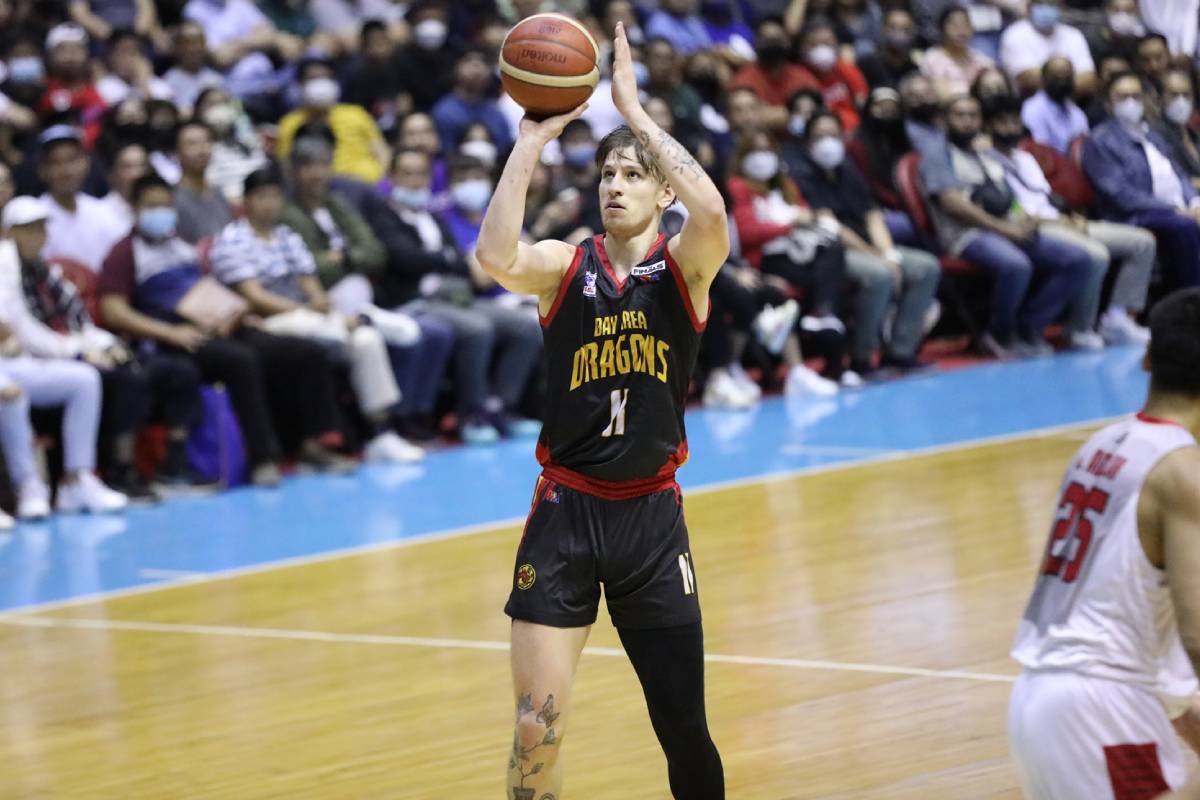 Hayden Blankley isn’t shying away from the big stage.

In fact, he loves being there.

It’s just that he allowed pressure to get in his head, and that was precisely the reason why he fired blanks in the 2022-23 PBA Commissioner’s Cup Finals opener last Christmas, leading to his worst playoff performance to date.

“There was a lot of pressure,” the 22-year-old admitted.

“I love that environment. I love the Filipino fans. I don’t care who they root for. I know most of the fans root for Ginebra, but it creates such a fun environment to play in. But, I think I let it get to my head a little bit in that first game.

“Especially when I started missing shots,” he added.

A 40-percent shooter from deep, Blankley missed all of his nine three-point attempts in Game One. He went 2-of-13 overall from the floor and finished with four points, and worse, Bay Area bowed to Barangay Ginebra, 96-81.

It was the first time he missed all of his outside shots since going 0-for-3 in a narrow loss to Meralco back in the eliminations. Furthermore, he had never scored in single digits in the playoffs until the title bout’s first match.

“The big crowd just made it worse,” said Blankley.

The young cager from Sydney knew, however, that he can not let pressure get the best of him every time, especially at this point. That’s why he made it a point to seek redemption in Game Two three nights later, which he did.

Blankley regained his touch and nailed a hat trick of treys, shooting 7-of-10 from the field all in all on the way to finishing with 17 points, alongside seven rebounds, three assists, a steal, and a game-high five blocks.

“Yeah, that was definitely a motivator, wanting to prove that I belong in this stage,” Blankley told reports moments after the match. “I had a bad game in my first game; I think this game, I just didn’t put any pressure on myself coming in.

“Maybe the first game, I put too much pressure on myself,” the 6-foot-6 guard out of West Texas A&M product added. “Today, I think I tried to get myself going by doing the little things … and my shots started to fall.”

A big factor behind his bounce-back game, really, was the trust given by the entire Bay Area, particularly by head coach Brian Goorjian, as they all remind him to always shoot his shot — regardless if he misfires or not.

“He never once tells us, ‘That’s a bad shot,’ or anything. In our last game, sixth miss, seventh miss, eighth miss, he was still saying, ‘Shoot the next one.’ Myles [Powell] would come off from behind us and tell me, ‘Shoot the next one.’ All the guys were like, ‘Just keep shooting that.’ And it helps a lot ’cause confidence is a huge part of the game. It helps just knowing that the shots I’m taking are still good ones, and they’ll fall eventually,” he said.

“And they did today.”